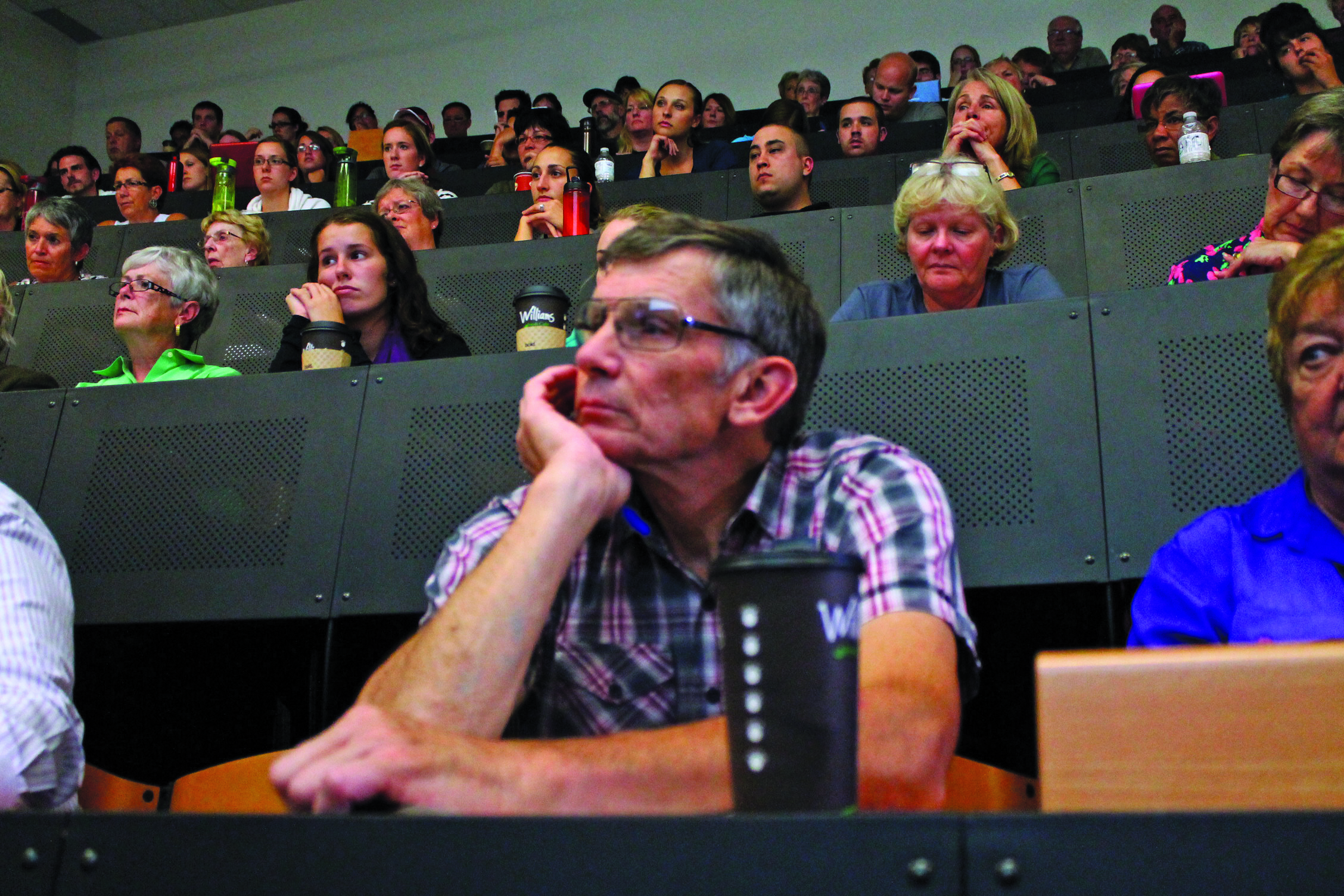 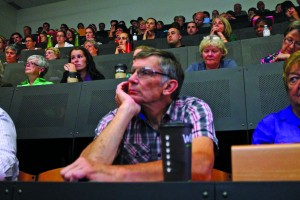 University of Hawaii professor Meda Chesney-Lind was in town last week to give a presentation to the fourth year Public Criminology class. The course includes guest lectures that are open to the public.  Chesney-Lind’s lecture was so popular that Carrie Sanders, one of the instructors actually asked students to give up their seats to community members and sit on the stairs.

This is the second time in North America that a course is being offered that flies in internationally renowned academics to speak about their research and initiatives. Lauren Eisler, the other instructor of the course says that it was Carrie Sanders experience as a presenter at another university that inspired the course.

“Dr. Sanders gave a presentation for Dr. Christopher Schneider’s Public Sociology course over at UBC… She found the students to be so engaged. We sat down after and discussed how we could bring something like that to Brantford,,” says Eisler.

Despite the endeavor being a costly one, Eisler and Sanders received a great amount of financial support from those within the university as well as the Brantford community. Eisler says that the entire project would not have been possible if it were not for the handsome contributions of Vice Principal of Laurier Brantford Lesley Cooper, Vice-President Deborah McLatchy, and community member, Jeff Noble who generously sponsored a third of the initiative.

The course, Eisler says is designed to help create a dialogue not only within the classroom but also within the community.

“What this does, is that it takes us out of the ivory tower, allows the students and the community to engage with experts, creates the conditions necessary for us to engage in a conversation and in doing so, become more socially conscious as a community.”

Chesney-Lind’s presentation, one of the ten in this speaker’s series, confronted media portrayals of criminalized girls while also providing a social critique of the racialization of said group. Peopled with quirky popular culture references, while still substantiating her observations with shocking statistics in regards to the rise in feminine aggression and victimization, her lecture served to be both entertaining, and thought provoking.

This week’s presenter, Peter K. Manning, from the School of Criminology and Criminal Justice at Northeastern University will be discussing the politics and flaws of ethnography in policing. Discussion points include the effects of policing on crime, the assessment of police performance and the impact of drug policing. He advocates that the analysis of ethnographic evidence reveals the tragic flaws of this method of research, and suggests the need to reconsider the role of ethnography. Public Criminology is open to all. The lecture takes place every Tuesday from 7:00pm to 8:30pm, and has been relocated to Resarch and Academic Centre East room 004.