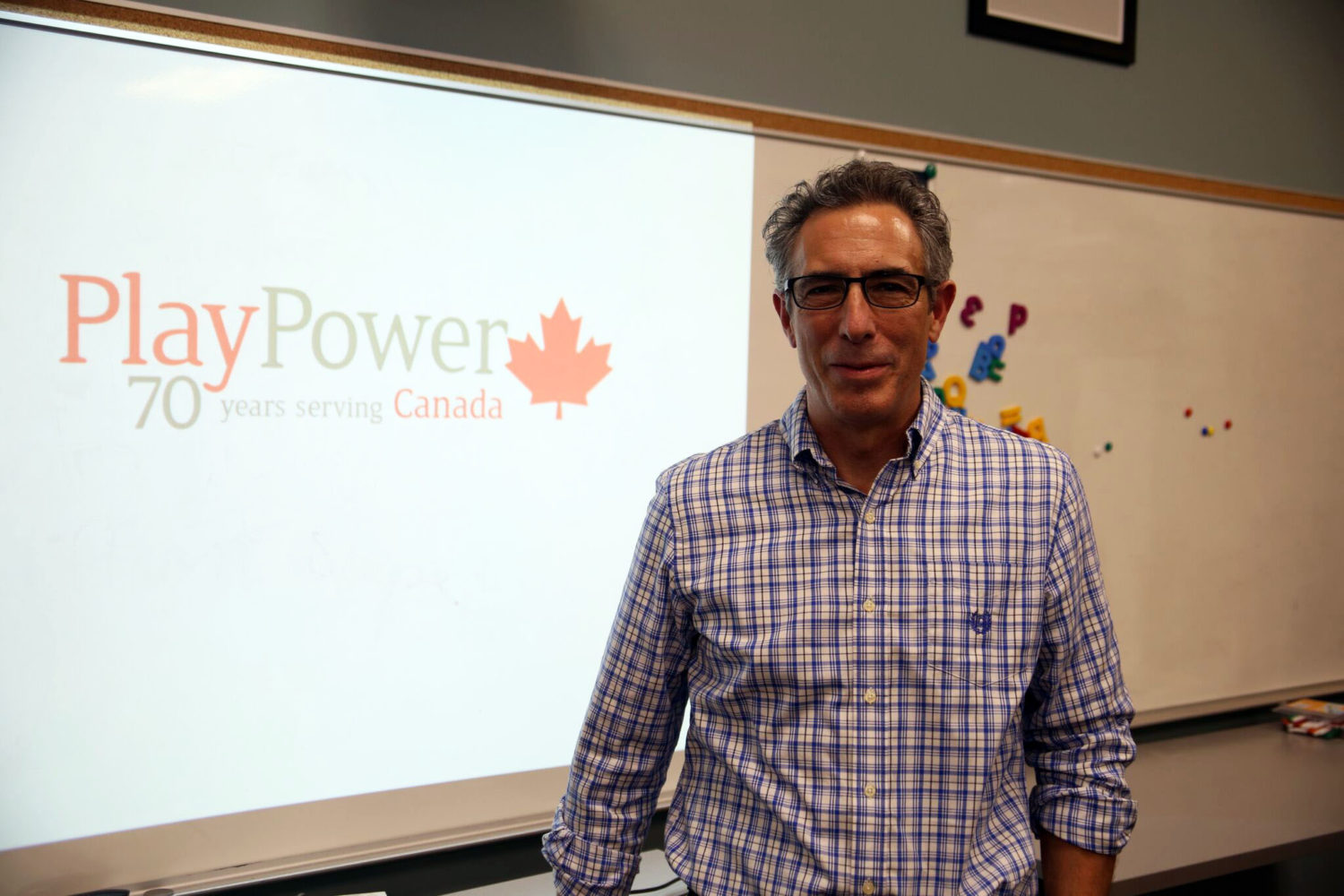 The GAME talk series, a new series of presentations from game industry veterans, kicked off last week, with the first presentation held at Laurier Brantford.

Laurier Brantford hosted Brian Jenkins, general manager of PlayPower Canada on Nov. 3. Jenkins presented to an audience of students, faculty and interested Brantford locals about his company and their desire to incorporate gamification into their playground building business.

Jenkins talked about PlayPower, a company “focused on delivering play everywhere.” They had noticed a steep decline in playground use as children move towards electronic entertainment, so they created a mobile game called Biba that parents can play with their children at the playground. Jenkins said they approached their new initiative with an “if you can’t beat them, join them” mentality. Incorporating a mobile game into playgrounds will allow children to enjoy the new form of entertainment they love in an active, outdoor setting.

PlayPower has created playgrounds all over the world. From Texas to Sweden to Six Flags amusement parks, they are one of the leading playground construction companies on the planet.

Goodridge said that her goal with GAME talk is “to have an event that would go beyond the classroom and incorporate the community, let us bring in industry leaders who could talk broader about gaming and tie it to other poignant topics like race or feminism- kind of going beyond game design to appeal to everybody.”

In the past there have been other game design speakers at Laurier, but those had only been available to students of the Game Design and Development program. This new series is open to all Laurier students, faculty and the Brantford community.

Roughly 30 people attended and participated in a lively question and answer period with Jenkins after his presentation.

“I’m hoping that we keep building momentum,” Goodridge said. “I’m hoping we can get people who are from a little farther away, who are a little more diverse.”

“I would like to work more closely and get a feel for what students would like to hear and what they would like to see, or things they feel like they’re missing from their program to help guide those who approach and talk to,” Goodridge said. “I’d really like to expand it so that we have a couple a month or a mini-conference. Students could present on their work, we could have experts come and do keynotes.”

The next GAME talk is happening on Dec. 1. Shayna Parker from BrainShift will be coming to talk about her work which is stated on her website as “developing a ‘gamified’ therapy to help stroke patients regain hand control – brain-based motor rehab.”