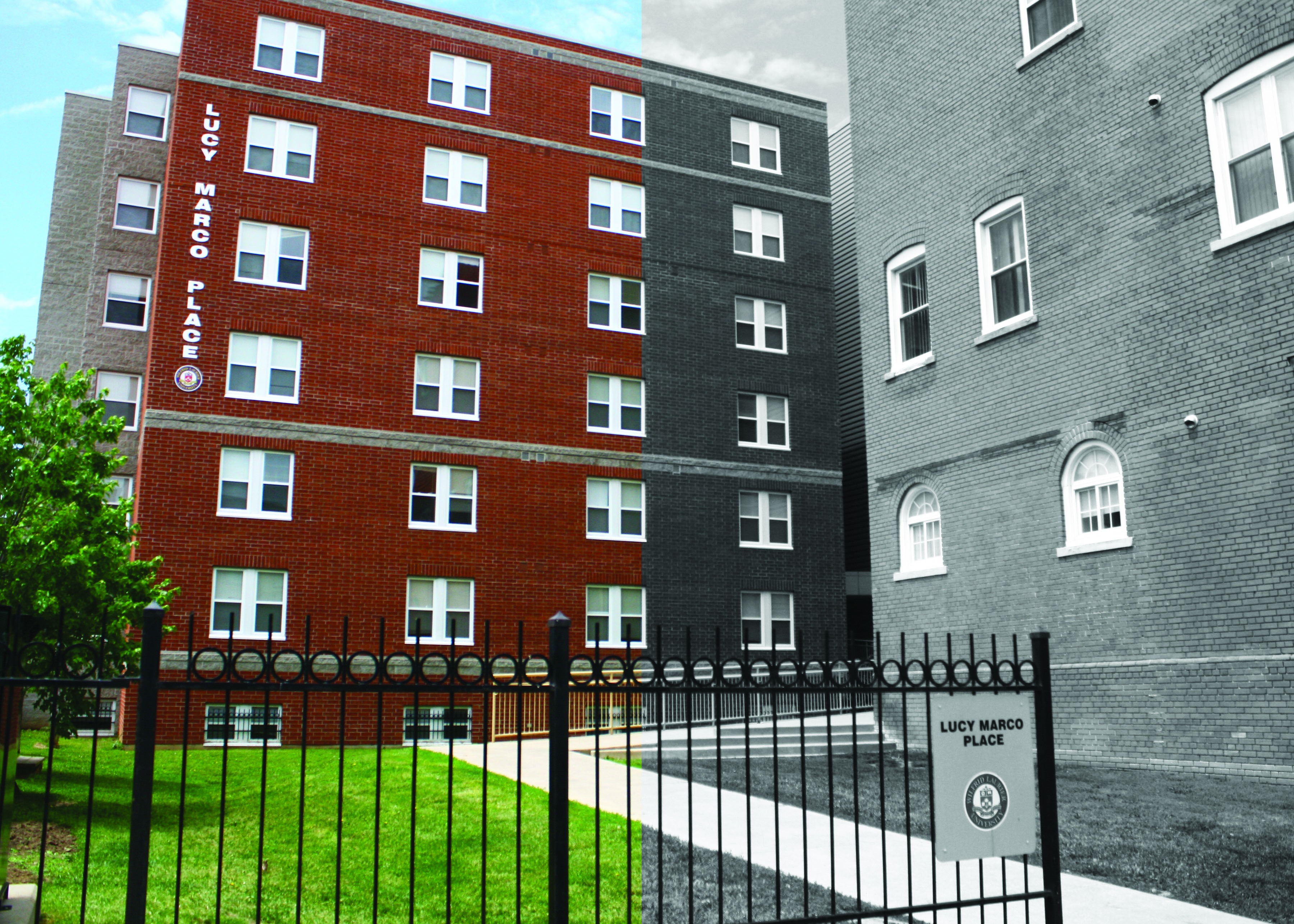 They all tell you, “live in residence for your first year, for the experience” when going to college or university. I am not sure what experience everyone is talking about, but mine seems to have been a lot different than most.

I know of people that had made lifelong friends from their residence roommates, someone to assist them in this scary journey of post-secondary schooling and be there trucking along through the bumps and curves. I also know people that said residence was like one big party – just a school year of fun.  I hate to sound cruel, but mine was a different story.

The first day I arrived to unpack at my new home, I was greeted by students that helped carry everything up for me. It was great, I thought that was so kind (forewarning, they do not help you as much on your move out of residence). I walked into my tiny apartment suite with instant disappointment as this was one of the only residences that I had not seen on the tour and was much smaller than all of the others. But okay, whatever, no big deal. I could handle that.

I saw the first of my three roommates soon after, greeted her with a smile and extended my hand as I introduced myself. I received back a confused look, a shy smile and a word I could not understand for the life of me. I thought that was odd – maybe there was something on my face? I went back and unpacked my boxes into my room.

The next time I appeared out of my room I saw another roommate that looked very similar to the first. I again extend my hand out and introduced myself. This time I had understood her enough to try and repeat her name until she nodded that I had it right. She said that she knew little English and that her sister knew even less as she pointed to the first girl I had attempted to introduce myself to. I was starting to think I had come to the wrong room.

I had gone to the open house tour of the campus and residence, I went to Headstart, and I signed up for the Orientation Week but was never told about our LEAF program here at Laurier. Especially about the fact that I could be roomed with LEAF students. Now do not get me wrong, my roommates were very sweet girls! This was also an exciting experience to live with students from such a different culture, but I had no idea prior to arriving my first day.

So I moved out of my home for the first time ever to be in a tiny little apartment with two roommates I could not communicate with. I was scared, and felt so very alone.

Later came in my last roommate. I was so relieved when she greeted me in English, and very grateful that she too had paid to be a part of the Orientation Week. Long story short, only having one shy roommate to push through the immature waste of time and money of Orientation Week was not the greatest start to university.

Now that was all just within the first week. The rest of the year did not consist of finding my best friend forever, or partying it up every night, or any of that sort. The communication barrier between my English roommate and I with the LEAF roommates was a little rough. We used the board a lot to explain things, but we all just had such different lifestyles.

My LEAF roommates were from China. From what they told me of their life back home, they lived for schooling and nothing else. They did not get taught how to clean the house, or cook, as they went to school all day to came home and do homework before bed. Because of this they did not know how to clean or store food properly, and were so amazed with cooking. They absolutely fell in love with it. Which was great as they always wanted to share and it was always very delicious.

But what residence life does not tell you, is that after October they turn the air conditioning off, and they turn it off for good, no matter how hot your place gets. And I also love to cook, so our oven was being used five to eight times a day. To top it all off, because of where our place was situated in the building, absolutely no wind came through the windows. To make an understatement, it was hot.

Now, about this residence life party central thing: not my scene. But the “parties” that my floor was taking part in, reminded me more of birthday parties from grade school. For the first month or so our neighbours thought it was a good idea to include the whole floor in their (obviously very mature) truth or dare games. We would get knocks and giggles at the door around two or three in the morning, when we had class at eight and ten that morning. That was also about the time they decided to invite us out at. Maybe if they had asked a few hours prior I would have actually gone out, but then again, none of my roommates drank or socialized (at least outside of the LEAF program for the two), so I would have gone alone.

When it all boils down to it, residence life was a bit of a struggle for me. But, it also gave me tons of time to get involved and focused with my school work. Most of my friends say they did their worst in their first year because of all the partying, where I just about made the Dean’s list. So maybe this was a miracle in disguise, maybe I missed out on the great residence life experience, who knows. All I know is I am grateful that I have opportunities enough to go to school, live away from home, meet new people, and experience new and different things, even if they are stressful and confusing.