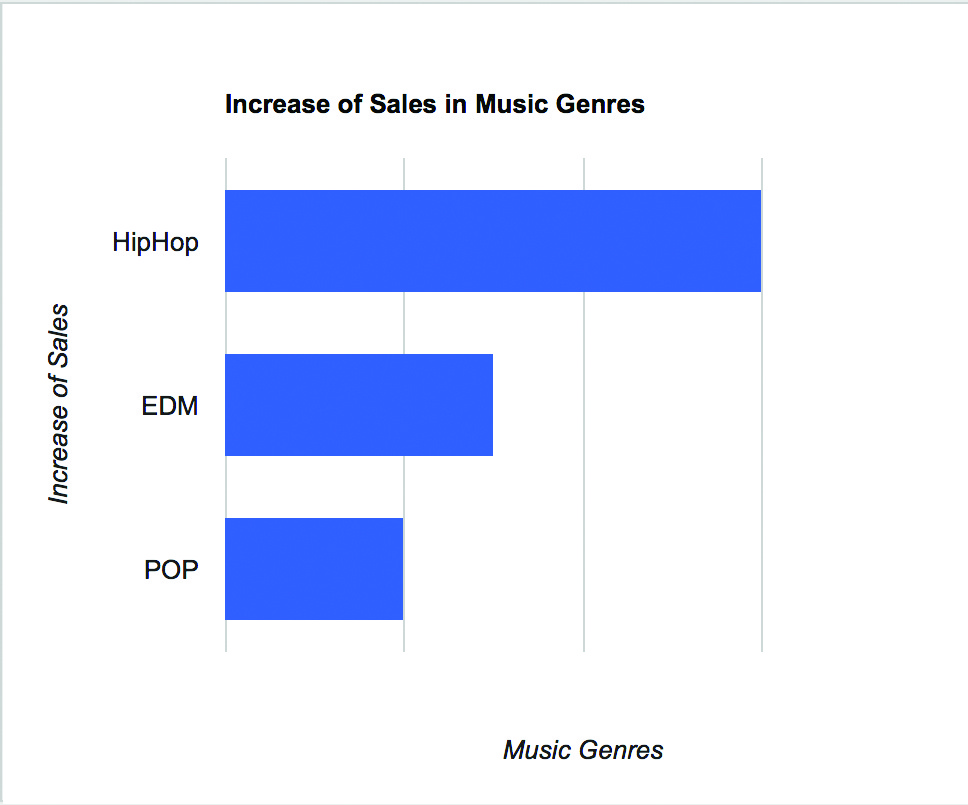 Am I the only one that feels as though all genres of music are becoming more popular? Over the past few years, there have been several artists that have had mega hit singles, but in the present day of music, particular hit singles are becoming really popular, really fast. In addition to the growing popularity of music, it is worth wondering what makes songs become so popular to begin with.

Rap and hip-hop music has always been quite popular, but for some reason I feel like it has become even more popular recently. There were rap artists that I listened to that I thought would never last. One of them was the rap group Rae Sremmurd. The group consists of two rap artists from Atlanta; Swae Lee and Slim Jxmmi. Their first hit single was called ‘No Flex Zone’ which I liked a lot, and has since gone platinum according to the Recording Association of America. After that, they put out a few singles that didn’t do as well, and I assumed they would disappear. A few years later, they released a song called Black Beatles featuring Atlanta rapper Gucci Mane and it became the number one song on the Billboard 100, according to Pigeons and Planes.

I’m sure you are wondering how this song could become popular so fast. Black Beatles became wildly popular because it was the unofficial soundtrack for the Mannequin Challenge. This strategic internet marketing was orchestrated by Stoveman and Hobin from Pizzaslime, a popular internet brand, alongside Gunner Safron from Interscope Records (Rae Sremmurd’s record label), according to Pigeons and Planes. Mike “Mike WiLL Made-It” Will was responsible for producing Black Beatles along with other hits such as Miley Cyrus’s ‘We Can’t Stop’ and Rihanna’s ‘Pour It Up’.

Another rap group that has become increasingly popular are an Atlanta rap group called Migos. The group consists of three members: Quavo, Takeoff and Offset. Their newest single ‘Bad and Boujee’ has become quite popular. American actor and rapper Donald Glover, also known as ‘Childish Gambino’ mentioned how much he liked the song at the Golden Globes this year, according to Noisey and as a result, Bad and Boujee quickly became an undoubtedly popular song, and later went platinum.

Although hip-hop music has been getting its share of the limelight, we can’t forget about electronic dance music. EDM makes hip-hop look like a puppy when you compare their popularities. CNN recognizes EDM as a $6.2 billion industry with its top ten artists making $268 million combined in 2014.

I really do feel like hip-hop has been outshining EDM recently, but the numbers bring me back down to earth. Regardless of the fact that CDs are less popular, that hasn’t stopped the massive popularity and success these genres have been having.