MSOCC debut of the season 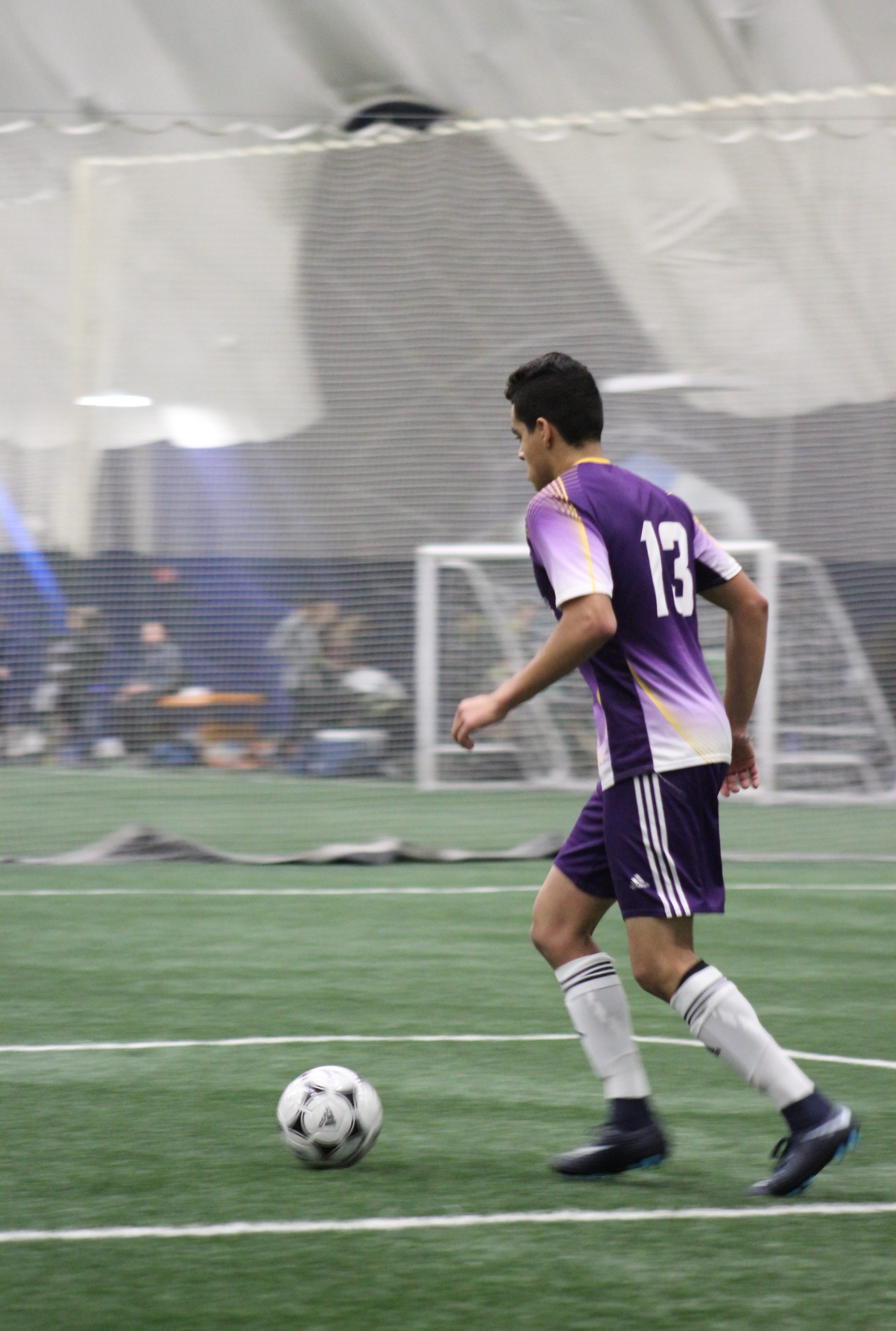 Out of four games, Laurier tied one and lost three.

“Even though we’ve had a tie and losses so far I’m still happy with the guys,” said Head Coach Murphy Wiredu. “We have a way better team than we had last year. And this year we have more bodies, so this year more guys get to rest.”

The Golden Hawks faced the Centennial Colts in their first game of the tournament. The Colts took an early lead after scoring a goal in the eighth minute of the game. It wasn’t until the second half that Laurier tied it up with a goal from Denziel Henry, assisted by Martin Mejia. Not even two minutes later Phil Catarino scored a second goal for Laurier, taking the lead 2-1. A tough one on one in Laurier’s half resulted in another goal for Centennial and tied the game for a final score of 2-2.

“It was their first time competed together, so there were a lot of nerves,” Wideru said.

Laurier didn’t have much luck in their next three games.

The Golden Hawks’ second game, against the George Brown Huskies, was a game full of fouls. Laurier was able to capitalize on a five-on-three power play in the first half, with Catarino scoring a goal. Jerrett Putt scored the second goal in the second half of the game after a long pass up from goaltender Pasquale.

The Huskies, who slid the ball into the net three times in the first half and scored another three in the second half, won the game 6-2.

Laurier played the Guelph Gryphons in their third game. The Golden Hawks were able to hold off the Gryphons for most of the first half at a tie of one-one, but the Gryphons tucked another one away just before the halftime whistle.

The Golden Hawks scored two goals in the second half, but the Gryphons fought back and kicked in four more.

“Even though we lost 6-3 there were some things we did very, very well,” said Wiredu. “We stayed connected, and the discipline was there.”

Catarino played a major role yet again in the game, finishing two goals and giving Putt an assist.

“I have a lot of confidence in him (Catarino) and that he’s going to change the program,” Wiredu commented on the rookie.

Laurier faced Centennial Colts again in the consolation round, where the teams played for fifth place. The Colts took the victory in the fifth round of shootouts.