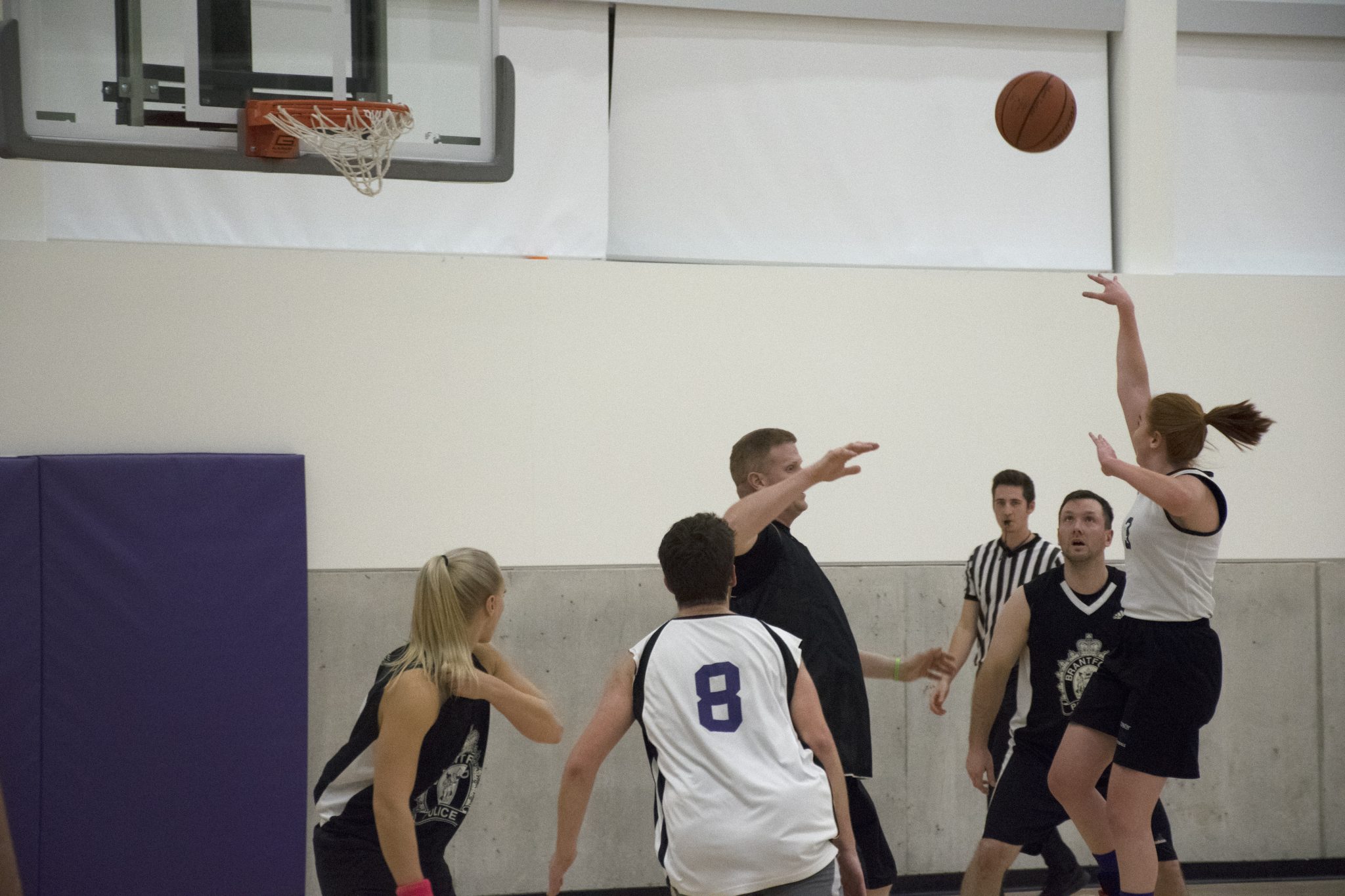 Laurier Brantford’s Extramural Men and Women’s basketball team claims Movember Madness Champion title for the first time against  the Brantford Police Department, by a score of 79-71.

Held at the Laurier Brantford YMCA the team was looking to capture the title last year but fell short after a buzzer beater shot by the cops.

This year, the Hawk’s confident play, coordinated offence, and excellent team communication helped them to secure the victory at the 2nd Annual Movember Madness. The basketball game is apart of Laurier Brantford’s Department of Athletics & Recreation’s Pink Strong Campaign.

Laurier took the lead early on in the first quarter and had a one-point lead at 33-32 by halftime, but their level of play in the third and fourth quarter extended their lead to a point where the Brantford Police could not catch up, despite outscoring the Laurier extramural team in the second quarter.

Laurier scored 46 of their 79 points in the third and fourth quarter, which propelled them to a comfortable victory. The Laurier Brantford extramural team was led in points by Zlatan Catic, who collected 18 points in the Laurier victory.

Both of Laurier’s teams will build their strengths from the game to carry into their regular seasons, which begin in late November.

This year, both the men’s and women’s team got to participate against the Brantford Police’s co-ed team, as opposed to last year where only the men’s team played the police.

Prizes, swag, and snacks were also given out at the basketball game, and at halftime, the KAOS Dance team performed a routine for the audience.

Last year, the Pink Strong Campaign raised $1500 throughout all of their events and this year they hoped to surpass their previous goal and raise $2000.

All proceeds collected at the game are being donated to the Canadian Cancer Society by the Department of Athletics & Recreation as part of their Pink Strong campaign, aimed to raise awareness and funds for cancer research.

Throughout the month of November, a variety of events and activities are being hosted by the Department of Athletics & Recreation at Laurier Brantford’s campus as part of their Pink Strong campaign.