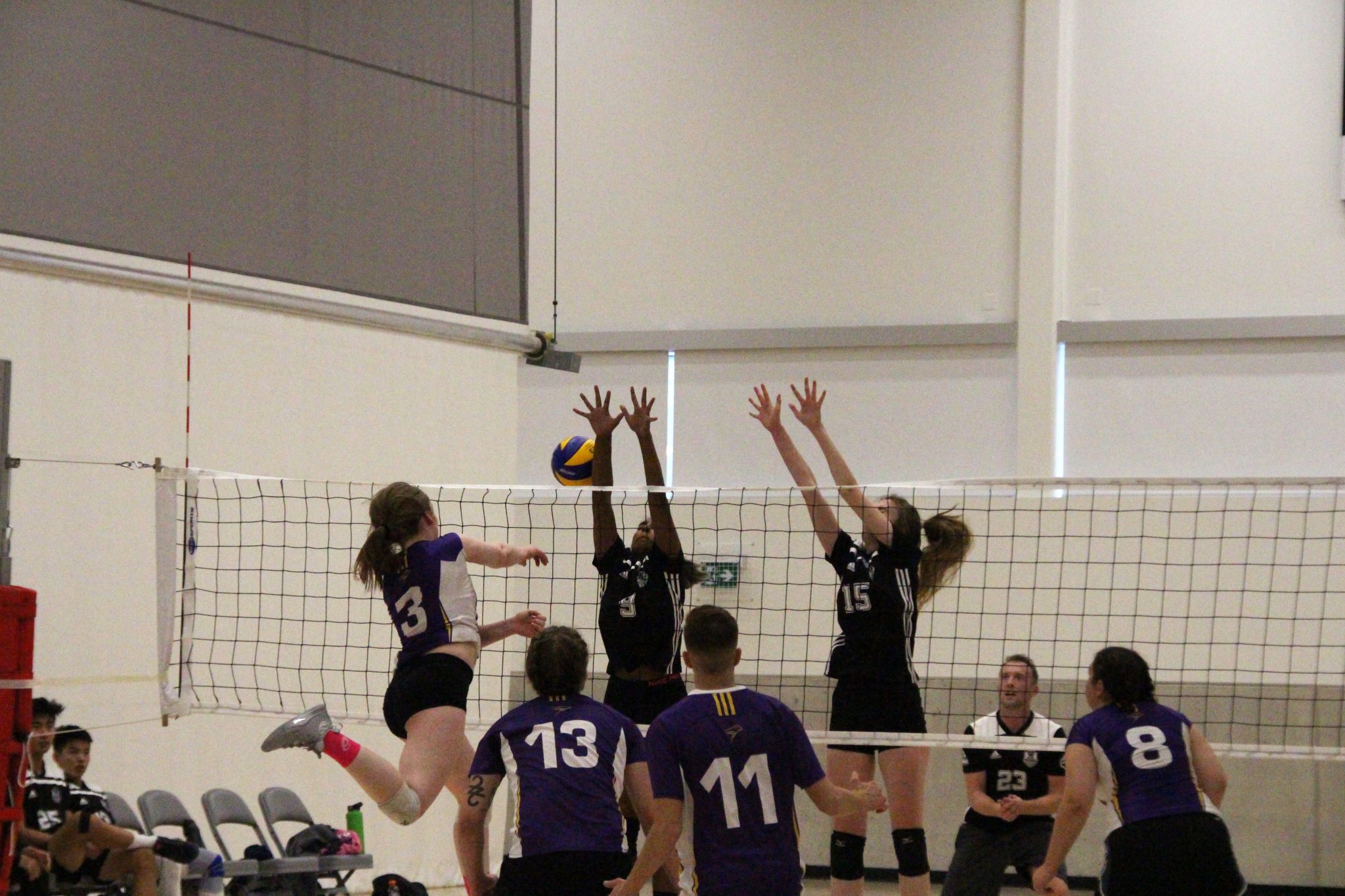 The Laurier Brantford Coed Extramural Volleyball team engages in its first tournament of the season and prepares to face whatever the other teams throw at them.

On Nov. 22 there were outstanding serves and fast paced volleys that were executed nicely by the team members. The Golden Hawks after a series of matches managed to place third in the tournament alongside the Seneca Stings who put up a good fight.

Coordination was clearly the strength of the team, but there are some new factors that make this year’s team different from others. These factors have played into the growing success of these Brantford Golden Hawks.

This year the team has hired a coach. Previous seasons did not have a coach involved and this season’s team felt that having a coach be there to refine their skills and provide support was a boost in their morale and ability.

Coach David P.  “was a pretty solid coach… he had volleyball experience and played here [at Laurier] for four years,” describes  a team member, Sarah Bray.

Another factor that separates this season from previous ones was the notable increase in first year membership in the team. Members Jeffrey Lee, Alyssa Zoltec, Mackenzie Geofroy are the first years that took up the challenge and contributed well to the team chemistry.

The team thinks it’s very encouraging to see first years involved in extracurriculars and helps shape more experienced players that can pass down their skills to the next generation. The team is constantly looking for future players to take up the mantle for next season and everyone is encouraged to try out.

Athlete of the Week, Kieran McGrath along with all the others in the team played hard and it was noticeable that the team has amazing chemistry and an understanding of each other’s strengths and how to apply them.

“It was our first tournament so we were just feeling it out,” McGrath,  “we played specific positions based on our skill sets, I usually played six back, centre was Sam, etc.”

These Golden Hawks take pride in the way they work well together, and it is often seen that they gather and congratulate/motivate each other before and after every play. The team dynamic is key in volleyball, and these Golden Hawks are a great example of that.

For future games, the team plans on improving more on defensive plays and transitions, as well as more refined serves.

Players hope to keep honing their athletics and to have an exhilarating and fun season. Best of luck to these Golden Hawks and please come out and support them with all you got.