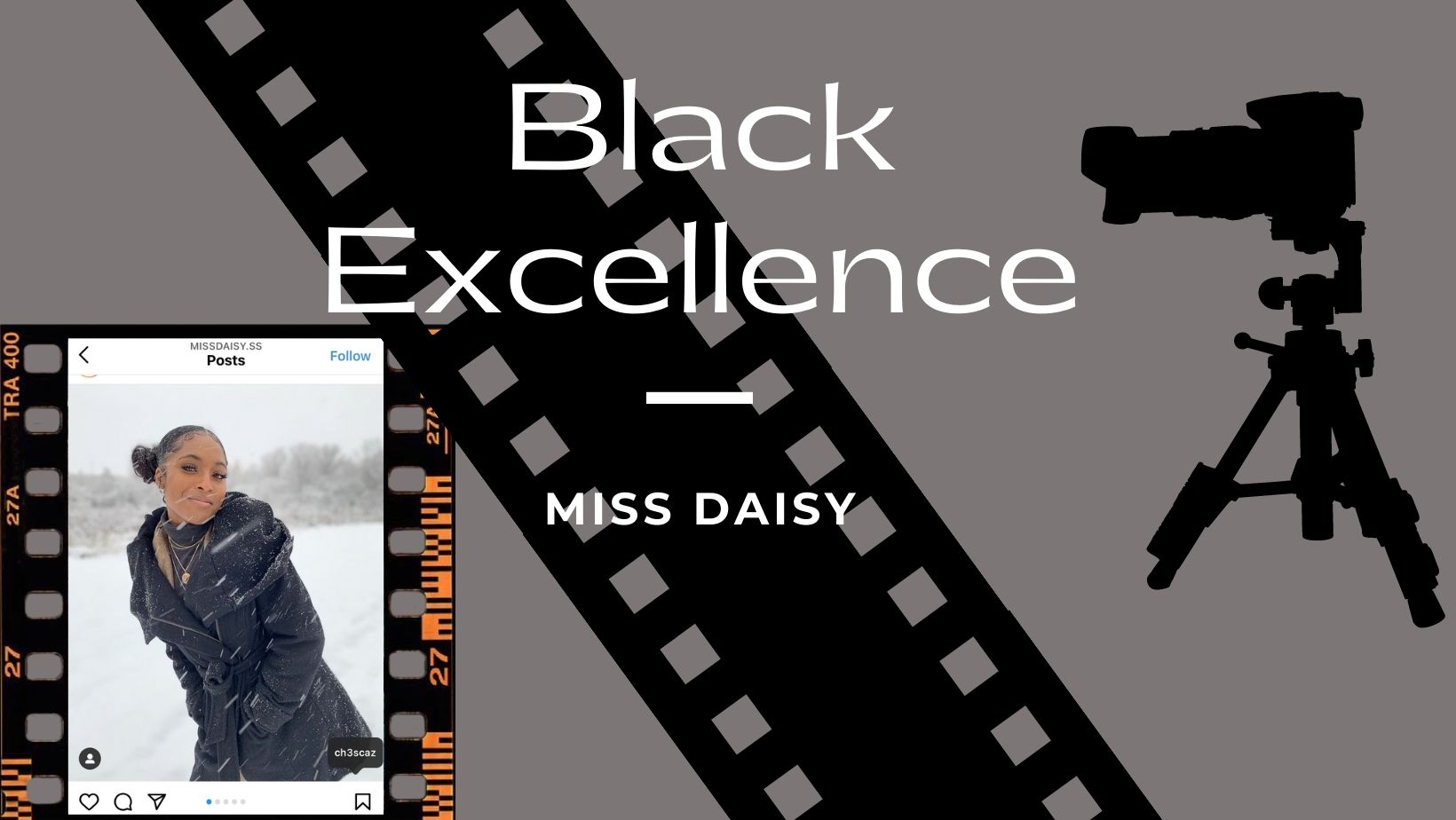 Serena Sutherland is a creator who is dripping in melanin and radiant in light but everyone calls her Miss Daisy.

Sutherland is talented, Black and beautiful without an apology.

As a third-year Laurier student from Mississauga Ont., she loves bringing photoshoots to life.

Sutherland describes herself a “confident, empathetic, assertive person that believes in the greater good of the people.”

She emphasizes that a lot of what she does is not for herself, but that her goal is to empower Black people and her family.

“Obviously I wanna make money, I think it is a great tool, but I want to use it to bring my people up and change the world, not only environmentally but education as well,” said Sutherland.

“I’ve made a film before, I’ve made a small documentary about healing—like have you healed yet? That was a big one I did because I recorded all the footage myself,” she said.

Sutherland shares that although she juggles a lot of things, they are all connected in some way which allows her to be creative with no end.

Sutherland shares that her creative journey started when she tried to start an eyelash company. Although the business venture was not profitable, she found success from learning that she enjoyed creating things and being in complete control of the ideas.

Around this time a year ago she took part in her first photoshoot and discovered that she also loved modelling.

“I did it, I had so much fun and I looked back and I just looked so confident and I thought maybe I can do this,” said Sutherland.

Due to COVID-19, Sutherland was unable to work with agencies or other photographers as a result she began to create and bring to life her own photoshoots.

She shares that every piece of work has a hidden message behind it, whether it is a subliminal message about her emotions or the telling of a story.

If she could choose a song, to be the theme song for the rest of her life it would be Le Vie En Rose, as it reminds her of art, “like a painting is being made and I feel like my life is a painting being created.”

As a young Black woman, Sutherland finds that exemplifying Black excellence is important for her work.

“Being a Black woman in the industry, not only running businesses but being a climate change activist and a womanist [—not a feminist] I feel like my work is sometimes suppressed, however, I feel that being black gives me so much room to do more things, our culture is so rich […] there are so many things we have gone through that I can use to inspire me.”

Womanism is a social theory that came from the feminist movement. The feminist movement has been criticized to mainly help middle-class white women obtain social change but not necessarily Black Idigenous People of Colour (BIPOC.)

Thus, womenism was formed with the aim to focus on uplifting BIPOC women and support them in their fight against their unique issues.

Sutherland says when dealing with creative blocks she will listen to music and write a bunch of ideas on sticky notes on a wall in her room and once she has completed a project, she puts a picture underneath the sticky,

“Sometimes I also like to meditate and do yoga to clear my mind so I have a blank slate.”

Although Sutherland loves every piece of work she has ever created, she admits her favourite is, “Nefertiti: A Beautiful Woman Has Come.” 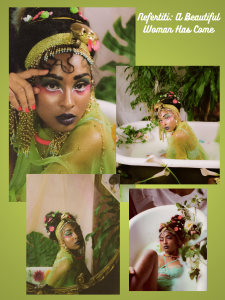 She said, “that took a lot of time because I built it in my garage […] there was so much stuff involved in that shoot.”

Sutherland is not only creative in the Arts but she is also a CEO of three businesses, including MissDaisyClimate Change Project and TheMindSetInc.

1 thought on “Miss Daisy: a model of Black excellence”