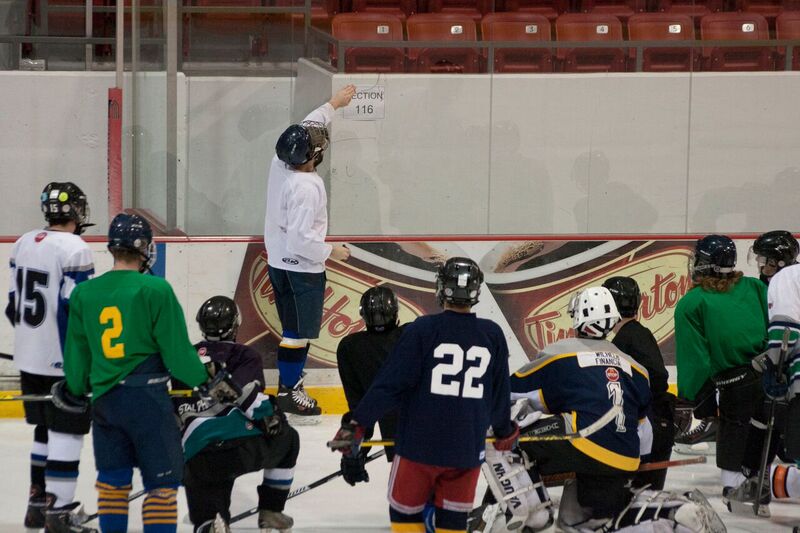 Laurier’s men’s hockey team will be hosting an Ontario College Athletics Association tournament on Friday at the Wayne Gretzky Sports Centre. This will be the fourth and final tournament of the season for the team.

In their second tournament at Humber North, the team opened with two wins before losing their final game, which eliminated them from the tournament. If the team can continue to improve, they have a chance to make it deep into the tournament in front of their home-crowd.

In their most recent tournament on Friday, the Golden Hawks made it to the semi-finals while visiting Conestoga.

The team is captained by Kevin Lamplugh, who will need to be a strong leader, as the team does not have a coach. For the team, like all extramural teams, the key will be to have good chemistry and strong endurance for the short tournaments. The responsibility for this will be on Lamplugh.

Unfortunately, Laurier will most likely not be able to qualify for the end of season challenge cup due to a low ranking in the OCAA power ratings. This will be the end of the end of the season so the team will be giving it their all.