Laurier finishes sixth after up and down day 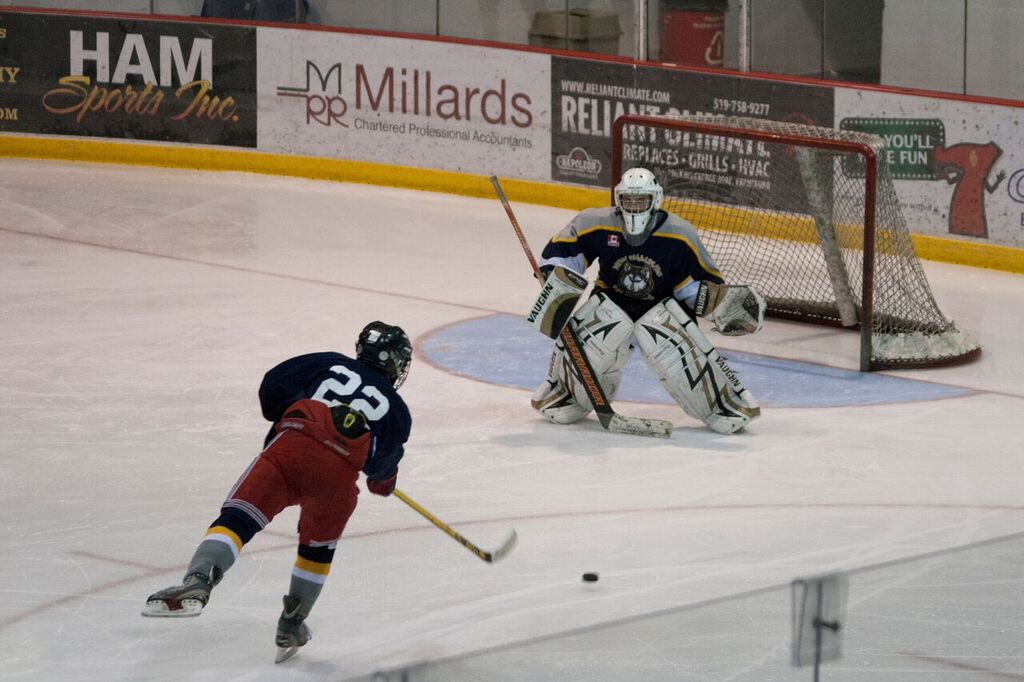 Laurier’s women’s extramural team was able to find some success on home ice but looked tired as they struggled in the fifth place game.

Playing in their second consecutive game, and fourth of the day, Laurier lacked energy following a 3-0 loss to Conestoga. Laurier started the game strong until failing to score on the power play, which seemed to give Conestoga the momentum. A pair of tip-in goals gave Conestoga a 2-0 lead late in the first period.

On the third goal, Laurier goalie Madison Scott had no chance after the defense gave a Conestoga lots of time in front of the net to Deke Scott.

In the final five minutes of the game, Laurier gave it their last shot. A pair of penalties gave Laurier a two man advantage for over a minute. Laurier couldn’t capitalize and also failed to score on another power play in the two minutes.

Laurier was without team captain Samantha Keen, who sustained a minor injury just before the game. Keen returned halfway through the first period.

Coach David Crumpton refused to use the double-header as an excuse, “That’s what these tournament formats are. It was the same for the other team, so I don’t think that really played into our loss. We came out really strong in our semi-final and really took it to them the first half of the game. We took our foot off the gas a little bit when we were up 3-0 and let them back in it and never really found our energy again and never found it in the fourth game.”

To get to the final point against Conestoga, Laurier did win two games, including a 4-1 win in the semi-finals against Seneca. The star of the game and the tournament as a whole was Shannen Head. Head scored four of Laurier’s seven goals during the tournament while consistently leading the attack and generating opportunities. Head contributed a hat-trick against Seneca to help carry her team to the fifth place game.

Her contributions were noted by Keen, who said, “Some people stepped up and performed really well like Shannen did with her hat-trick and play throughout the tournament.”

In only their second tournament of the season after their previous tournament was canceled, Head felt the team’s chemistry improved, “we’re still making connections and we played pretty good for not playing a lot.”

Laurier will now begin to prepare for their next tournament, the Challenge Cup, which will also take place in Brantford on March 10 and 11. The tournament will feature the top seven teams in the Ontario College Athletics Association.

Crumpton discussed areas that he wants the team to improve on, such as short passes. The team is also aiming for more contributions from the entire roster and finding ways to utilize the players to highlight their strengths.

Crumpton did mention some of the elite talents on the team, “I think we’ve got three or four players on the team who can really be difference-makers.”

Crumpton all discussed the struggle for him coaching the team for the first time “I’m not used to coaching adults […] I’m trying to learn my way, how to push them without pissing them off.”

Laurier will be facing the top teams in the challenge cup but with enough improvement could surprise a few teams.