Living without a home: Brantford and beyond 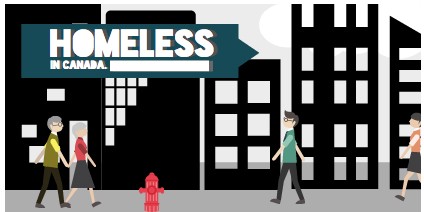 He was in a band for five years before he decided to live out of a suitcase. He claims to have seen almost every town across Canada; if you believe it possible – his face’s weathered demeanor would convince you he did. He was a seasoned wanderer, constantly moving from area to area doing what he wanted. Yes, he came from a tough home life, but he did not hinge on that. The experiences he had in the world were much more important than the life he left behind. With two pairs of clothes, a YMCA card and nowhere to be, he made the most out of the life he was living.

Randi Scott was 47 years old when he retired officially, but it was not until years later that the stroke would happen. Scott regretted nothing from his time being without a home because he chose that lifestyle.

“From the band, I got used to basically living out of a suitcase,” said Scott, regaling how he came to be without a home. “Traveling light became sort of a natural thing.”

Now 59, Scott is quite an interesting fellow. He suffered a stroke some years ago which hampered his short-term memory but enhanced his creativity. Now a photographer known throughout Brant for his work, he possesses a slight scruff of a beard that catches the light and a smile that is constantly on display. He speaks with a quiet yet strong voice that has obviously seen years of use.

Scott explains that as he travelled from town to town, he would drill peepholes into apartment doors for those who wanted to see out. As he put it, it was a different time.

“I knock on the door and I say, ‘I’m here doing the apartment building, now – would you like to get one put in?’ Ten bucks, ten minutes and it’s good to go. And they say we’ve been wanting to do that for a long time, okay well I’m here. No service call charge.”

As he collected the money from his jobs here and there, he was able to put together enough money to buy a house, in cash, when he was about 30. As someone had once told him – if you don’t have your life together by 30, you’re done.

Once Scott settled down, he never lost his sense of wandering and never gained a sense of entitlement. Even once he had a home, Scott was still on the streets – at this point, helping others who were stuck in homelessness. A Brant county coupon book was Scott’s solution – he would print them and sell them to the homeless at cost. Once they had purchased a book, they would resell them at a standard cost and make some money for themselves. Scott figured that this method was better for the homeless people in Brantford – instead of panhandling, they now had something to offer.

Scott’s story is unique in the fact that he chose the lifestyle of being homeless, a wanderer. Although his story sounds intriguing, there is another side to homelessness that those that are homeless, including Scott, know quite well.

In the summary of the support, authors came to the conclusion that the reason that Canada is experiencing such high levels of homelessness is due to the lack of support. Specifically, the report focuses on those who are without a home due to mental or physical challenges.

In response, the federal Canadian government put together the Homelessness Partnering Strategy (HPS). A community-based program, the HPS would look to prevent and reduce homelessness in Canada by 2019.

That $600 million would be provided through the three tiers of government to promote a Housing First initiative. The initiative will focus on reinstating housing stability for low-income households and people who currently find themselves temporarily or permanently without a home. The implementation for the program comes after a report released by the Mental Health Commission of Canada’s (MHCC).

“Through this renewed commitment, funding available to communities will remain unchanged and communities will retain flexibility to invest in other proven approaches that complement Housing First,” the statement released with the initiatives outlined.

When looking at the current situation, a situation bound to only get worse with time, one wonders if five years is quick enough to facilitate effective change.

According to Becca Vandekemp, the Community Developer for Why Not Youth Centre in Brantford, the problem is hard to access – especially when it comes to youth.

“At Why Not, we often talk about youth mobility, which means that homeless youth here are always moving. One night they’ll be at a friend’s place, and the next they’ll have started a relationship to have a place to crash. They might get into the one group home in town, but often get kicked out because they are too stressed to follow the rules.”

Homelessness is a problem in Brantford, just like anywhere else in Canada. But Scott takes a different perspective on it. “You can step back and figure out something you can do, so you have a choice about being homeless.” And although this might not apply to everyone who is currently without a home in Brantford, it does nod towards a life away from panhandling.

Unlike Scott, many people who end up homeless lack choice at all. According to Raising the Roof, an organization sponsoring homelessness prevention initiatives, homelessness is not by choice, and it can happen to anyone: a teenage escaping an abusive home situation, a senior citizen on a fixed income or even a child whose parents have become unemployed. The journey of someone who lives without a home depends on how the person handles their situation as well as what support is available to them.

1 thought on “Living without a home: Brantford and beyond”