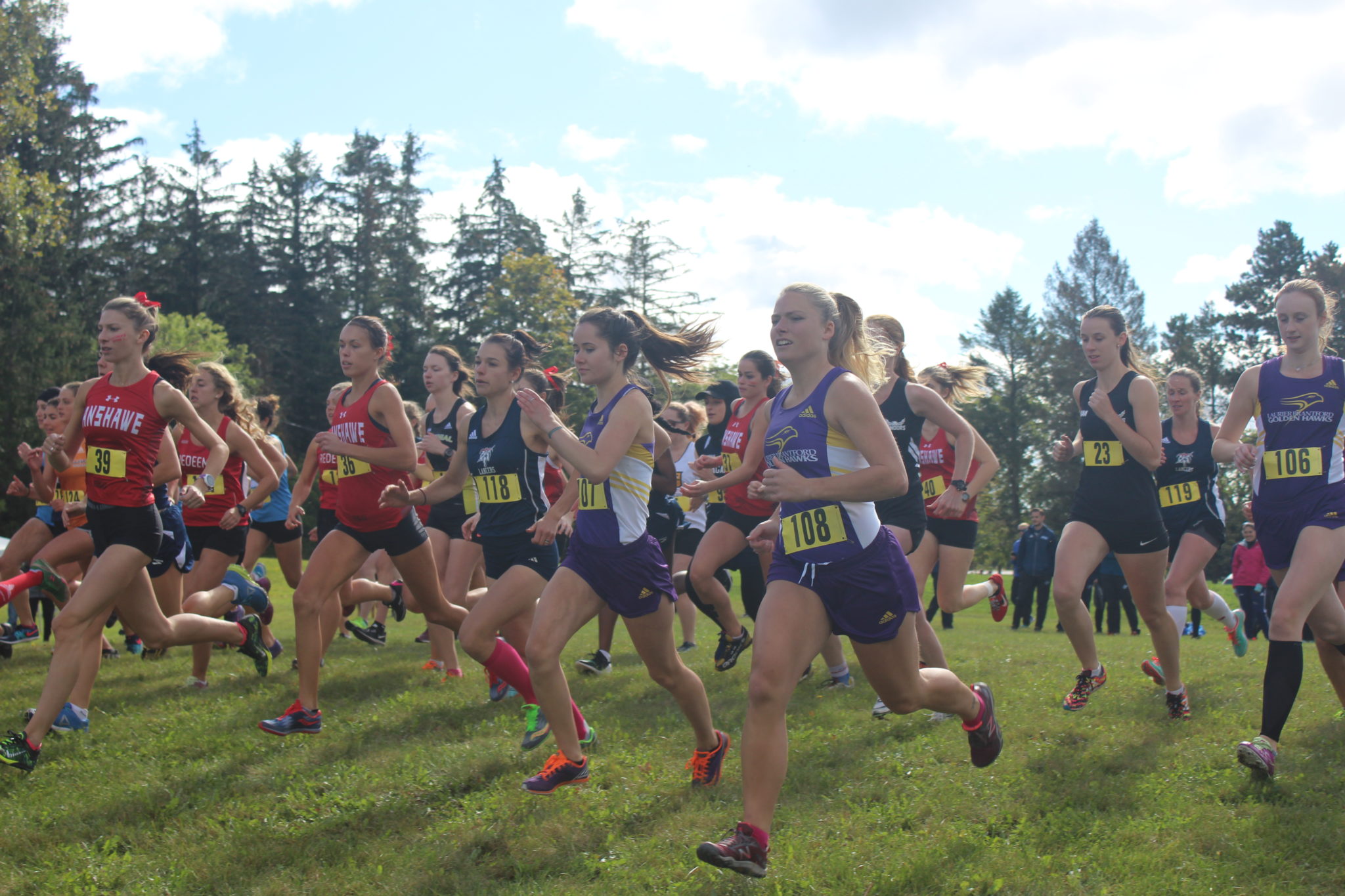 The Laurier Brantford varsity cross-country team had a big showing at the provincial championships on October 28th at Fanshawe College with seven Golden Hawks qualifying for nationals.

How the athletes raced at provincials would determine if they would be able to race at the national championships at College Lionel-Groulx in Saint-Therese, Que.

Cory Currie, the head coach, was very proud of how hard the athletes worked to get there.

“The team worked their butts off this season with a lot of the work needing to be done in the summer time,” he said. “It was about being consistent each week and each day. They ran 6 times a week plus strength training, watching what they eat, getting to bed early and sacrificing to get to this level.”

Seven Golden Hawks will be heading to Quebec, with the men qualifying as a team, and Jessa Braun and Sarah Maier qualifying as individuals, Braun finishing 19th and Maier placing 25th overall in the women’s race.

This is only the second year that Laurier Brantford competed as a varsity team, and it is a huge improvement from last year. Last year the men’s team came 17th at OCAA championships. Individually Braun and Maier placed 36th and 42nd, respectively.

“The boys team is very strong and took this year to another level,” said Currie. “The girls, Sarah Maier and Jessa Braun have worked so hard this summer to put themselves in the position to make nationals and that’s what they did at OCAA.”

There were 106 runners in the men’s race and 88 runners in the women’s. Janelle Hanna of Fanshawe Collage took first place from the defending 2016 OCAA champion, Mary Strain. Hanna finished the 6km race in a time of 26:37. Fanshawe’s Jordan Kadlecik took the title for the men’s 10km, finishing in a time of 26:37. Fanshawe also won both the men and women’s team titles, proving again to be very strong competitors.

Laurier Brantford’s team will be leaving for Quebec on the 9th of November and coming back on the 12th.

All their hard work over the summer and first semester has come down to this moment and Currie is very excited.

“This is Laurier Brantford’s first varsity team ever to make it to nationals and it’s something they will have memories of for a lifetime.”