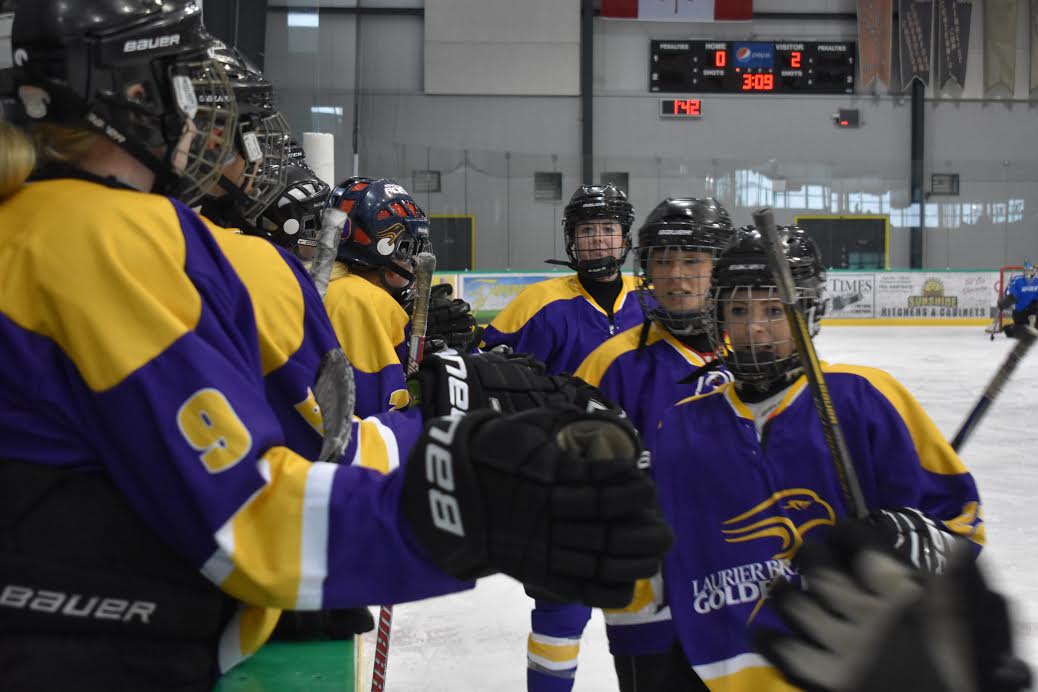 The Laurier Brantford women’s extramural hockey team made it to the semi finals in their tournament Thursday.

After winning their first three games, the Golden Hawks lost 2-1 to the Fanshawe Falcons in the semi-final game.

The tournament took place in Orillia and was hosted by Georgian and Lakehead Orillia campuses. It was the Golden Hawks’ first competition of the season.

“I was impressed with the performance of our ladies’ team considering we only had one team practice prior to the tournament,” said head coach Doug Cooper.

“The chemistry we have really shone through at the tournament,” said Laurier team captain Jess Dettman.“This year I think we’re going to have a strong team. We’re more of a family and there’s connection between every player.”

“We’ve filled these holes with the rookies and as we continue they’ll grow,” said Dettman.

Cooper is also confident the team will have a successful year.

“As the coach I was able to roll through the lines confident that each player was going to contribute in the success of the team in the tournament,” he said.

Now that the bar has been set, Cooper hopes to win the next tournament at Humber North.

“I believe in this team to achieve more,” he said.

Dettman says the new coaching staff, Cooper and Eric Collins, will contribute to the team’s triumph this year.

“Our coaches are in it to win it,” said Dettman. “You want the competitiveness from your coaches.”