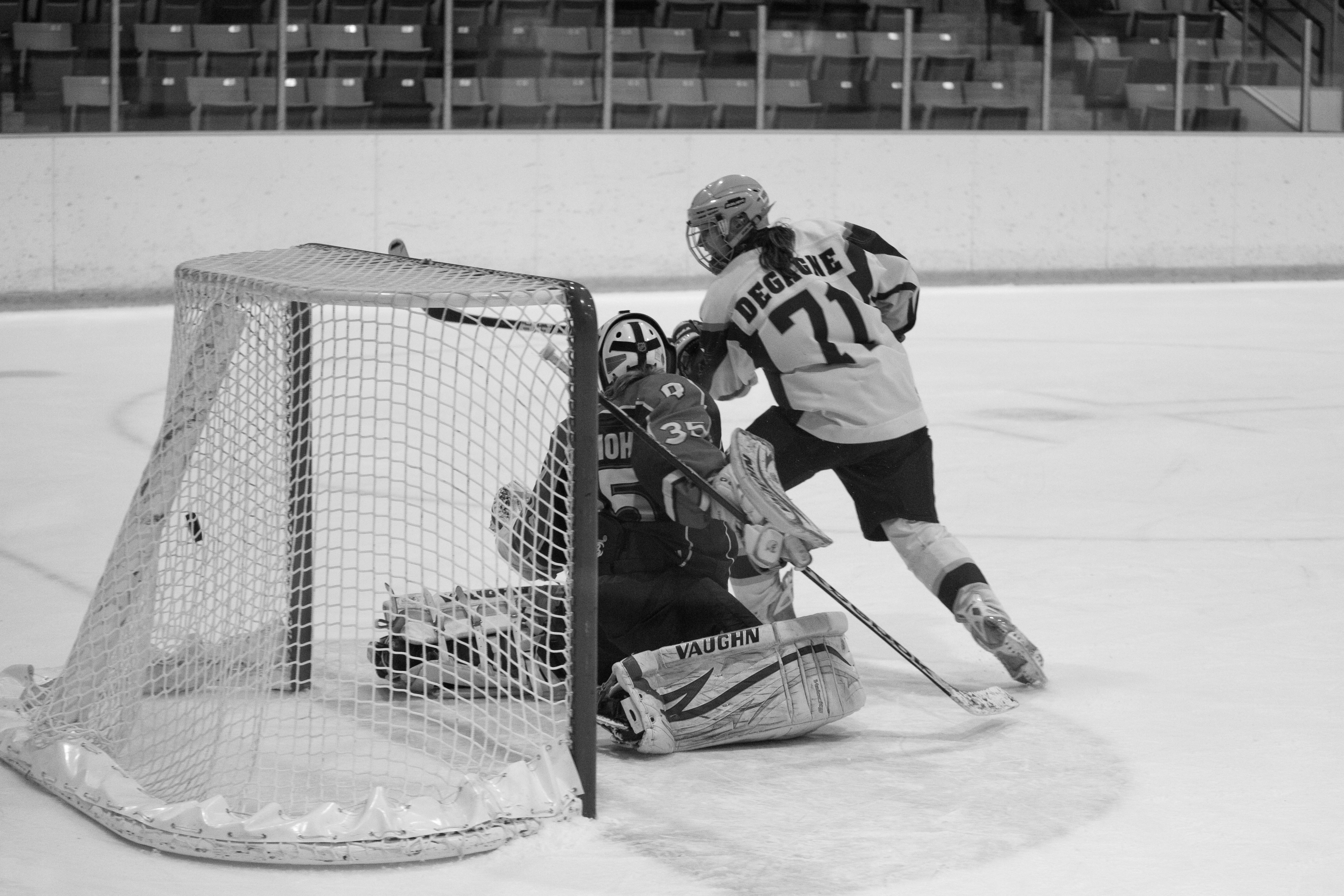 The Laurier women’s hockey team continued their great season with wins over the Waterloo Warriors and Brock Badgers in the annual Waterloo Christmas Tournament. The Golden Hawks currently have 19 wins, four losses and one overtime loss during the 2013-2014 women’s hockey season. That record was good enough for second in the Ontario University Athletics (OUA) conference, trailing only Queens University who have played more games and is leading in overall points.

The Golden Hawks started off the year slow in non-conference play, losing to the University of McGill, 5-3 and Western 3-2.  The team was going into Gaels’ Invitational tournament with a two and two record.

The Golden Hawks were able to shake off their mediocre play by playing very well at the Gales Invitational, beating Queens University, the University of Montreal and St. Francis Xavier University. The Golden Hawks had a great performance during the tournament and they were able to carry that momentum into the OUA regular season.

In the month of October the Golden hawks jumped out to a 5-2 record, with wins coming against Windsor University, University of Waterloo, York University, University of Ontario Institute of Technology and Brock University. Their losses came against Western University in their second game of the season and Guelph University late in October.  Amanda Smith, a first year out of Burlington, Ontario, was between the pipes for a majority of the games during the month.  Smith is able to give the Golden Hawks confidence in net with some stellar goaltending between the pipes.

The leading goal scorer for the team is Jessie Hurrell, a third year forward from Palgrave, Ontario. She leads the team with ten goals going into the Waterloo Christmas Tournament. Laura Brooker, a third year left winger from Fergus, Ontario leads the team in points and assists this year, 10 and 17, respectively, for each category.

Laurier during the year was great on the power play converting 17 per cent of their chances while killing 95 per cent of the penalties they took.  Their goaltending also played very well throughout the year.  Amanda Smith played a majority of the games and was able to post a great save percentage at .934 with a goals against average at 1.68.  The save percentage is good enough for ninth in the entire country, with her goals against being good enough to be 11thin the country.