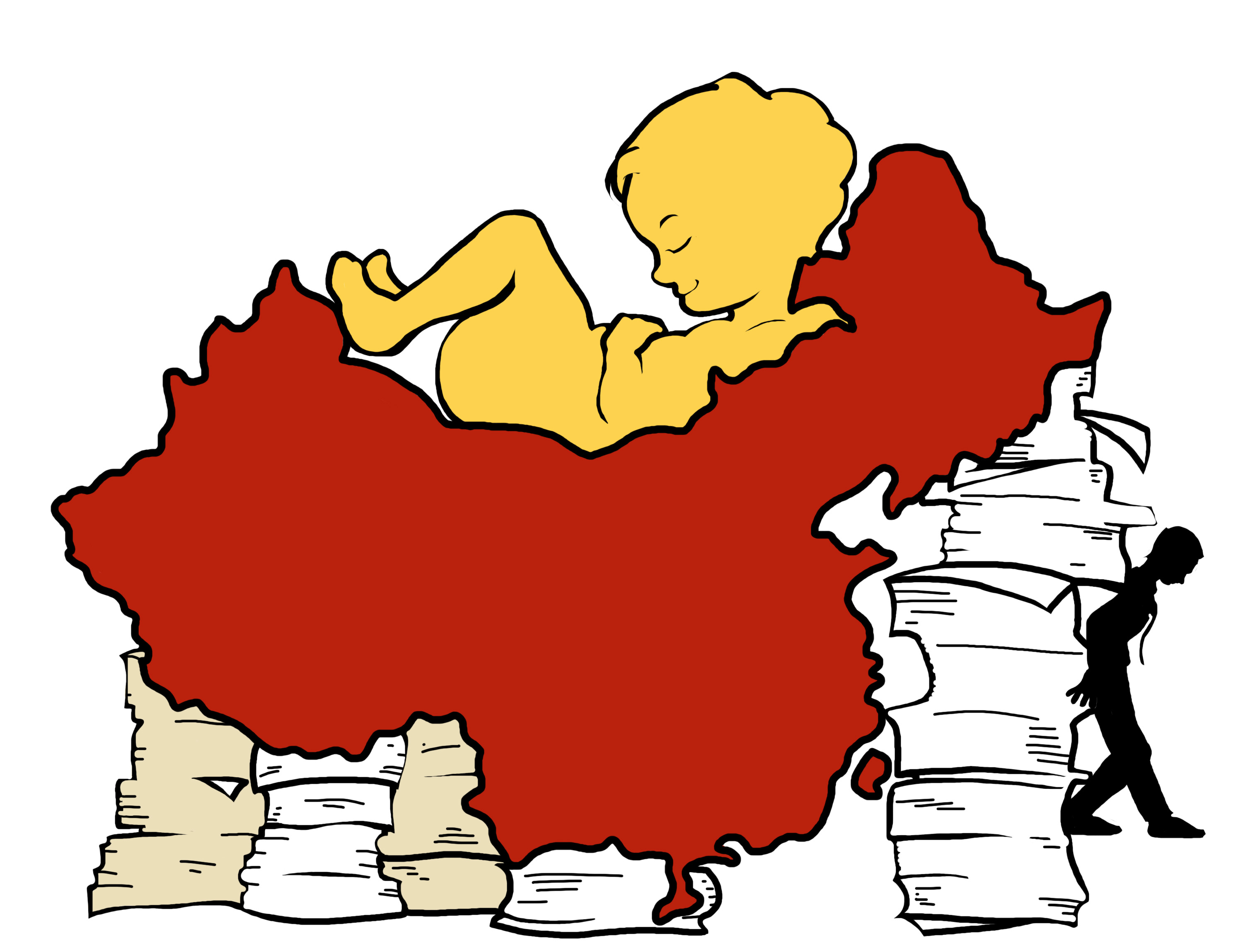 Let’s look at the numbers for a second. I understand we are an arts campus, but give me a chance here: one planet, 510 million square meters, 7 billion people, and growing at a steady pace of approximately 370,000 people per day. Eventually there are going to be too many people to fit on this planet, not to mention a lack of resources to feed, clothe, bathe and water them. Some countries have taken it upon themselves to attempt to curb population growth, the most well known being China’s One-child Policy (formally called the Family Planning Policy). The rule was revoked a few weeks ago and it has remained quite the controversial topic. The One-child Policy was just what it sounds like: every couple was allowed to have one, and only one, child (with a rare few families being granted exceptions). If pregnant with a second child, they either had to pay a hefty fine or have an abortion. This presented many problems, such as sex-selective abortions, a diminishment of rights and, one of the main reasons the law was revoked, the “Four-two-one Problem”.

In many aspects of the Chinese culture, men are valued over women, in part because many families’ livelihood depends on the son’s ability to help cultivate the agriculture. Due to this, sex-selective abortions are rampant in rural areas and is the cause of hundreds of thousands of unborn girls each year. If not aborted, some baby girls are sent to orphanages to be adopted, or they are at risk for infanticide (the intentional killing of an infant). The rule gives the reproductive rights of women to the government and gives them no control over how many children they wish to have. The “Four-two-one Problem”, mentioned earlier, relates to the large elderly Chinese population, now without any form of care from family resources. In most families, there are four grandparents, two parents, and only one child to take care of the ageing family members. Their solution seems to be allowing people to have more children, which luckily will give the Chinese people more control over their reproductive rights, but unfortunately will not help the overpopulation problem.

Other countries, such as the United States, have tried more subtle tactics, such as teaching abstinence-only in sex education classes. This has not been very successful, seeing that three of every ten young women in the United States are pregnant before the age of 20 and that abstinence-only education rarely works at preventing pregnancy or sexually transmitted infections (STIs). I personally believe if the sex education in Canada and the United States was more sex-positive and evidence based, we would have less unwanted pregnancies and, therefore, fewer births on our hands. I understand this wouldn’t make much of a difference, seeing that Canada and U.S. population growth rate is 0.77% and 0.9% respectively, showing that North American populations are declining. However, if most countries followed suit, women would be more empowered to be in control of their own reproductive health. Recent studies have shown that most women would prefer to have fewer children. Therefore, by educating women about their choices and making them readily available, women would have less children and the population would slowly decline in numbers after a few generations. That is one of the few perks of having positive, evidence based and feminist sex education.

On a darker note, Renaissance philosopher (among many other titles) Niccolo Machiavelli believed that floods, plagues, and famine were natural ways of population control. While this does make some sense since they do often have staggering mortality rates, this theory was constructed in the 16th and 17th centuries, and I don’t think it is a great way to control the population. This theory lies on the belief that whenever the population would get out of control, plagues, famines and floods would break out to get the population back down to a manageable size. This is quite the barbaric idea and although I enjoy Dave the Barbarian as much as the next person, I’m not really into the whole “let’s hope people will die so we can live” idea. Then again, this was shortly after everyone thought the word was flat, so it makes that killing each other was the only way they could think of controlling the population. Why they didn’t think of taking people to the edge of the earth and just kicking them off doesn’t make sense to me, but then again, I’m not living in the Dark Ages.

It has been suggested that to keep the population stable, each couple needs to have 2.1 children, but there is something about this I don’t understand. What I don’t understand is how anyone can have 2.1 children – where does the extra point one come from? Is it an extra arm? Another leg? I’m just kidding, it actually takes into account those who have more than one kid and those who choose to have none. Either way, if you are interested in curbing our growing population, just remember to wear a condom except when you want to have those 2.1 children.