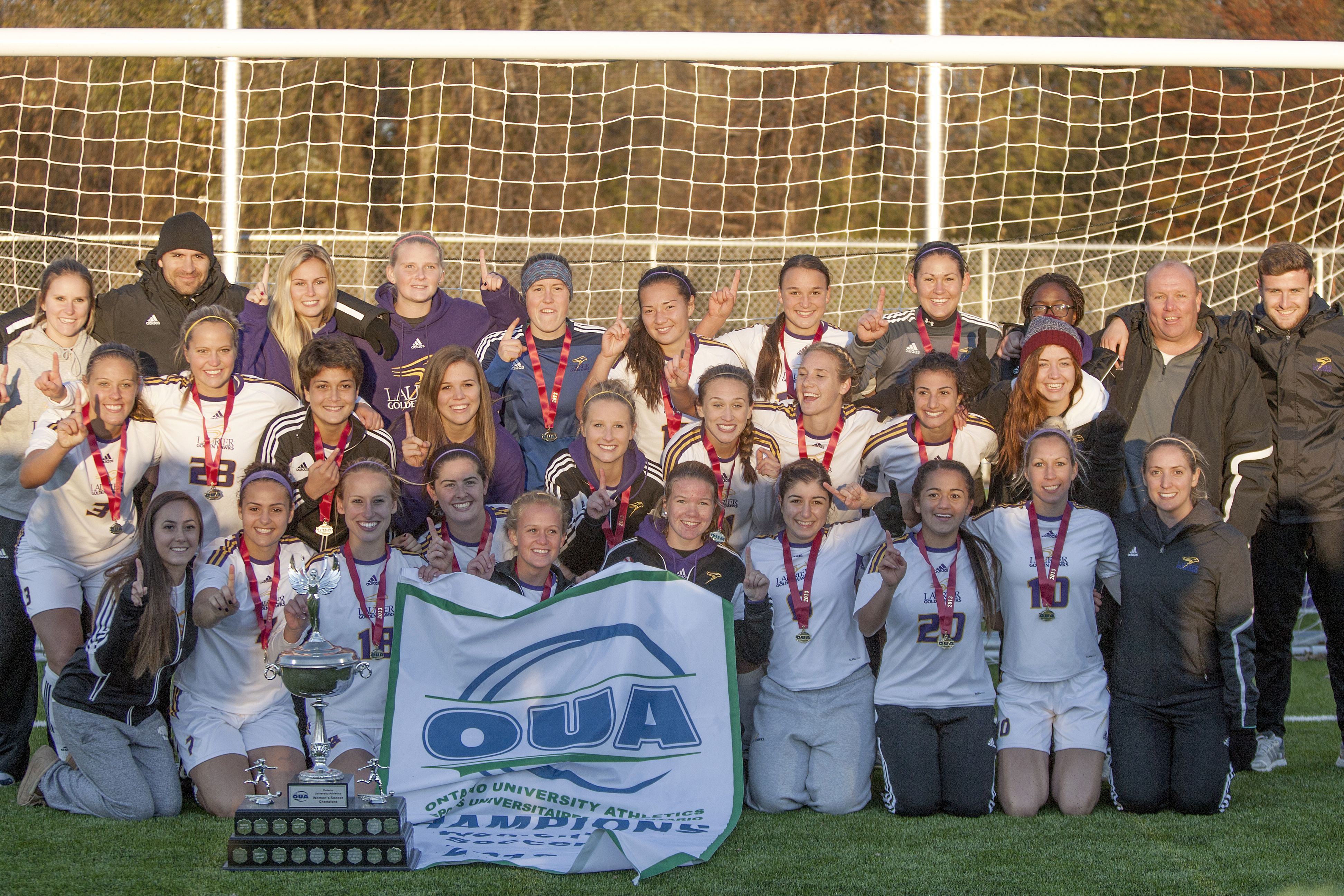 It was an incredible year for Laurier athletics in 2013, most notably on the Brantford campus. From hosting an OUA hockey game for the school’s second homecoming to the massive feat of bringing home the

Challenge Cup in the OCCA’s biggest hockey tournament, the campus has been given the opportunity to make a larger mark in post-secondary athletics than ever before, in what is a campus less than 15 years old with less than 3,000 students.Over in Waterloo, they had a first championship of their own in men’s baseball and a less than surprising OUA championship in women’s soccer. But not everything in 2013 was trophy-filled, with Laurier fans having to endure another year of disappointing football. With all these events considered, here’s a full breakdown of the top five Laurier athletics moments of 2013.

Late in March on the rinks in Oshawa, the men’s extramural hockey team would play their best hockey of the season en route to winning the Challenge Cup, an invitational end of the year tournament featuring the best collegiate hockey teams in Ontario. Laurier Brantford went 7-4 during the season, narrowly snagging the 10th and final Challenge Cup spot. After squeaking in, simply winning the tournament is a huge feat, but the Golden Hawks did it in dominating fashion. The Golden Hawks won every game they played and on the back of goaltender Ben Brenner, didn’t allow a goal in the semifinal or championship game, winning with a combined score of 7-0. With the victory, the men’s extramural hockey team became the first Laurier Brantford extramural team to win a championship trophy.

After a 2012 season mired in drama and scandal, stemming from the claims of hazing, and the subsequent four game suspension of the team, men’s baseball couldn’t have bounced back any better. The team played solid baseball throughout the regular season, going 14-8, propelling them into the OUA championship against Brock and Guelph. After beating both teams to get to the final, it took one more victory against Brock to seal the team’s first OUA championship. Throughout the season, it was the senior pitching staff that led the way, with an overall ERA of 4.00.

For the eighth time in Laurier women’s soccer history, the team was crowned OUA champions as the best university soccer team in Ontario. The victory could actually be seen as an upset, as the tenth-ranked Golden Hawks, who finished the season with a 9-3-4 record, beat the first-ranked Western Mustangs 3-1 in penalty kicks. And like clockwork, Laurier’s superstar striker, Emily Brown, was the division’s season leader in goals.

Even through the rain and an unfortunate 4-2 loss to Windsor, nothing could quiet the Laurier Brantford fans at October’s Homecoming. For the second straight year, the men’s hockey team stepped onto the Brantford Civic Centre ice in front of many purple and gold screaming students and alumni. Parties, festivities and free barbeques make for a real exciting event, which hopefully in the near future will be for Brantford’s own teams.

For the fourth straight season, Laurier failed to have a winning season, but things came to a head in 2013 with the Golden Hawks limping across the finish line with a dismal 1-7 record. The team seemed to not be able to get anything going under rookie coach, Michael Faulds, plagued by a very young team with a poor passing game and a defence which gave up 74 more points than they scored. There were shimmers of light at the end of the tunnel near the final games of the season, forcing both Windsor and Queen’s into OT before losing, but it will otherwise be a slow process for this young team and coach to make great strides and bring the Hawks back to the playoffs.