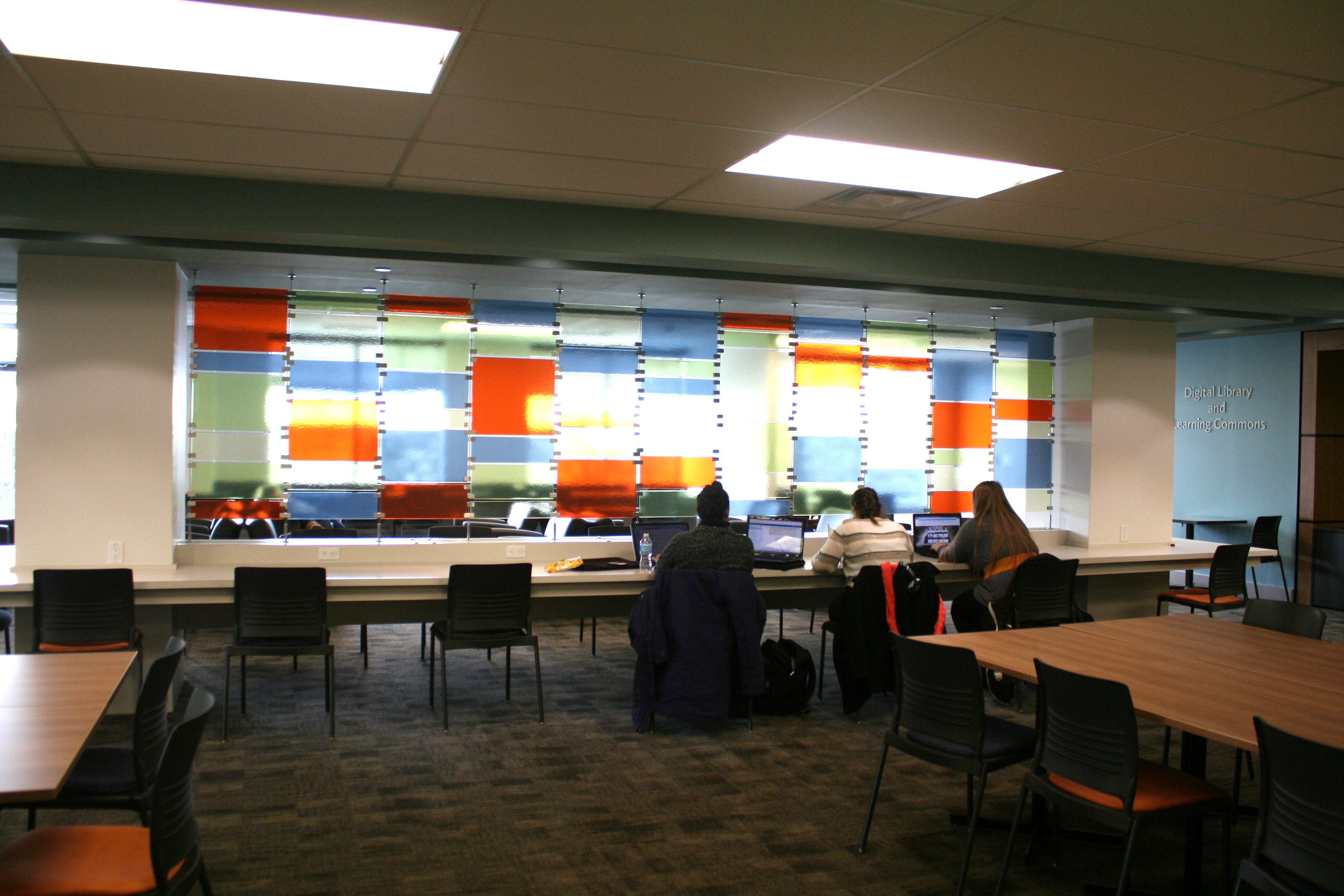 Upon completion of the digital library in the Grand River Hall basement in mid-December, students will now have full access to the provisions at the facility. Although the space was already open for students to use as of December, its services will now be available to students starting in the new semester. A date for the grand opening is expected sometime in mid-January, but no official date has been announced.

“It is a much needed study space for our students, with easy access to the services that our libraries provide,” said Gohar Ashoughian, the university’s librarian of the new facility. “The DLLC is a state-of-the-art facility with access to a very robust digital library.”

The new facility will feature several individual study booths, group desks, electrical outlets, computers to access the online academic catalogue and a study room. Students using the space will also be able to work under plenty of natural light during the daytime due to the large windows surrounding the facility. What Ashoughian emphasized as a key element of the new library are the three librarians that will be easily accessible to students using the library.

Ashoughian pointed out that while this is a library facility that contains the online catalogue of the university’s collection, the hard-copy materials will still remain at the campus’ main library facility in the basement of the Brantford Public Library. She also expressed a gratitude to the BPL for continuing a partnership with the university in maintaining Laurier’s facility in the basement.

While this is only an interim step to developing a fully independent library for the campus, Ashoughian expressed optimism for the future, “We are looking forward to an opportunity to build a more sophisticated and robust learning space for our students.”

Administration may feel optimistic about the newly completed facilities, but some students don’t necessarily share the same feeling. Caitlin Speed, a fourth-year student at Laurier Brantford, expressed a strong need for an independent library for the campus, although she did acknowledge its usefulness.

“We need a new library, one that has a better selection of resources and that is our own,” said Speed. She added, “Since most resources are online, having a digital library will be useful, but I still think we need our own building, not just one room.”

Speed went on to explain that with the growing campus, an independent, in-school library could become a very urgent need. For this year, however, she described it as “barely adequate.”

“It will work, but I enjoyed the GRH basement as the space that it was before the renovation.” She continued, suggesting an alternative, “Personally, I think it was a waste of money, where, instead, they could have saved more and put it into acquiring an actual building for a full library. Now they have two basement libraries.”

Ally Bochek, also a fourth-year student at the campus, felt that the new digital library makes little difference from what the situation was before its creation.

“If it’s a digital library, doesn’t that mean we can access the same information from our laptops anywhere?” said Bochek.

On the library situation, Bochek commented synonymously with Speed, “It’s definitely not ideal. You hear about other university students going to their library day after day and I don’t think we have that here.”

Both Bochek and Speed, however, acknowledged that this is a step in the right direction to what they believe the campus needs for a library facility, and that it looks appealing. Unlike Speed though, Bochek feels that the new designation of the GRH basement space is far better as library and study space.

“I feel that it is a way better use of space,” said Bochek. “I think students will actually go and use it for studying, rather than a lounge for the GRH residence.”