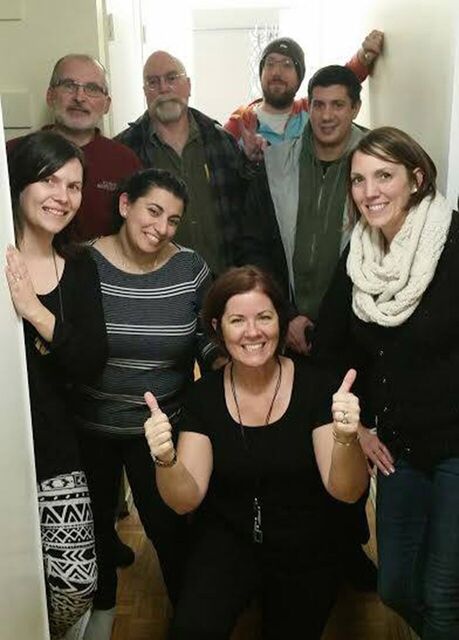 There are three families coming to Laurier from Syria. Two will reside in Waterloo and the other in Brantford. One family has already arrived, and is now living in Kitchener. The arrival of the family coming to Brantford has not yet been announced and the staff at the WUSC will be given 24 hours notice to their arrival.

Laurier has teamed up with Citizenship and Immigration Canada (CIC) to sponsor the families. It costs approximately $27,000 to sponsor a family of four, and with the help from CIC and donations from Laurier staff, students and alumni, Laurier is able to make it happen.

Not only is Laurier supporting the Syrian Refugees, but they have also supported students through the Student Refugee Program (SRP) for years.

“Before they’d arrive we’d work with residence services to identify a room, we’d get donations, we purchase things to stock their room, with bedding, clothes hangers, and kitchen stuff, and all the stuff they’ll need when they arrive,” said Boylan.

Students coming to Canada are placed where they will be most comfortable. “The student expresses what their interests are, so if they’re interested in studying history, criminology, human rights …, that’s one of the things that WUSC has to do is match the students up with schools that offer programs that suit their interests,” said Boylan.

The SRP committee has been supporting students in Brantford since 2011 and since the mid-90s in Waterloo.

Students coming through the SRP program are still expected to achieve goals academically.

“They have to be successful academically, for sure, it’s an academic program. One of the concerns is specifically they have to have language proficiency. Their first language is generally not English or French, so they have to be able to operate in one of those languages. Here at Laurier Brantford we have the LEAF program, which is the Laurier English and Academic Foundation,” said Boylan.

Laurier International looks for Laurier students for help to make these students feel at home. “They go to the airport and pick them up with signs that say ‘Welcome to Canada’. Imagine yourself moving halfway around the world, what kind of things would you need to get set up?” asked Boylan.

Both Beth Gurney, Associate Director of Communications and Public Affairs for Laurier Brantford, and Boylan urge students to volunteer their time to help these students make their transition into Laurier. Students rely on other students to introduce them to friends, find classes and settle in.

The YMCA will also play a huge role in the lives of the refugee families coming to the community. They plan movie and craft days for youth, support the Mosque in any way possible to help make these families feel at home, and have 10 Arabic-speaking staff members to make their transitions in Canada easier.

“The YMCA of Hamilton/Burlington/Brantford currently plays a vital role in welcoming and settling refugees from many countries arriving in the Brantford and Grand Erie,” said Lily Lumsden, Senior Regional Manager, YMCA employment, Education and Immigrant Services.

Lumsden states that the YMCA helps all refugees from children to parents to grandparents.

“In general they will be provided with support funds, some start-up funds for housing, and also receive their permanent resident papers, their SIN and OHIP or Interim Federal Health Supports so they can deal with health issues immediately and a SIN so they can look for work immediately,” said Lumsden.

Laurier International, WUSC and the YMCA encourage volunteers to continue supporting families and students to come to Canada. Laurier is very enthusiastic to meet the new family that will be coming to Brantford soon.