Laurier Student Publications to elect new president and board members 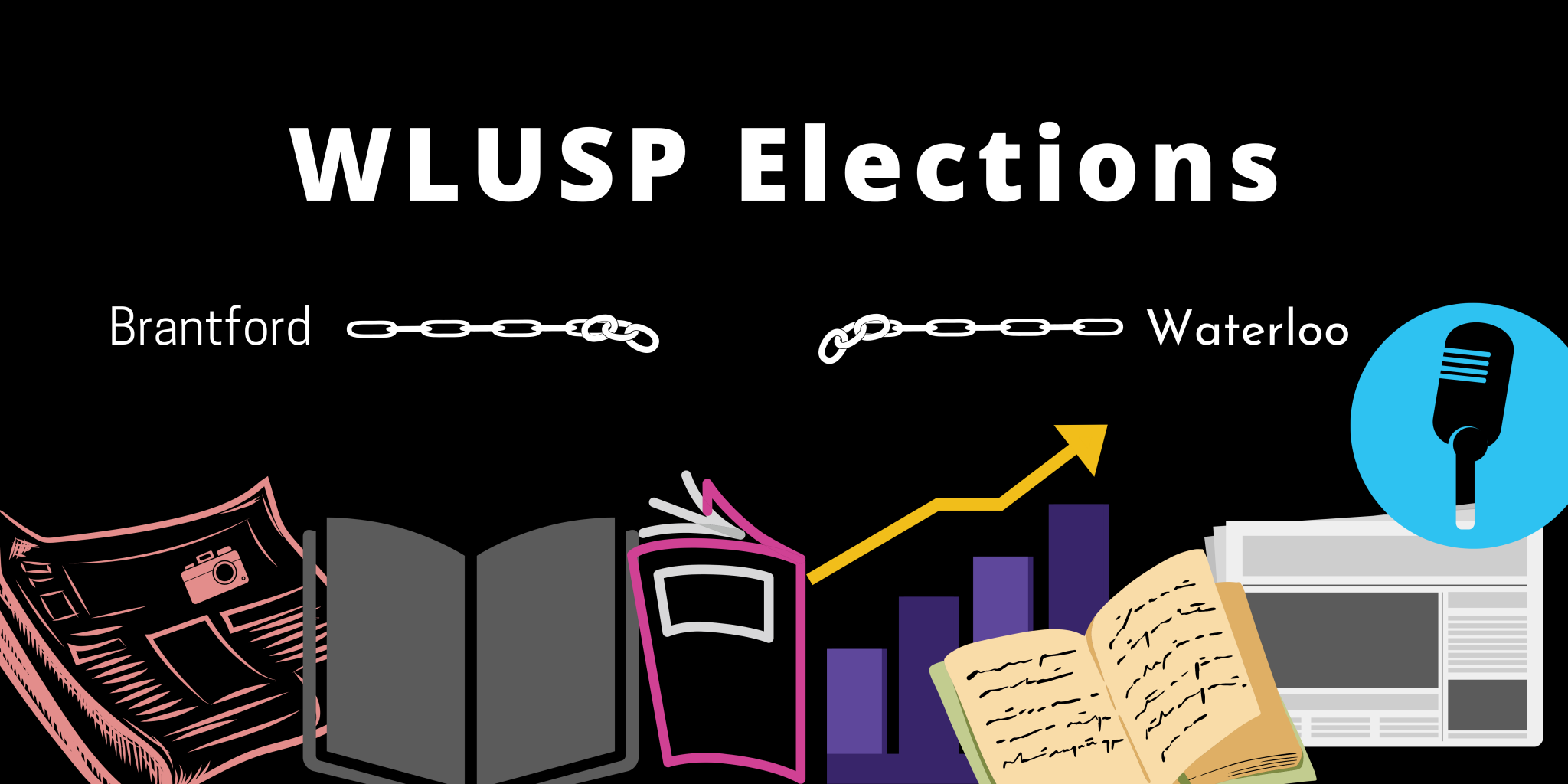 On Feb. 3, 2022, Wilfrid Laurier University Student Publications (WLUSP) will elect a new president and members of the Board of Directors.

WLUSP is the dual campus organization that hosts nine different student publications; including The Sputnik, The Cord and Radio Laurier.

The election of a new president and new members of the Board of Directors will impact how these publications work together to improve the university experience for the entire student body.

There are three candidates trying for a spot on WLUSP’s board of directors this year.

Jack Vrolyk is a second year business administration student who got involved with WLUSP through Radio Laurier. Vrolyk said he thinks joining the Board of Directors would be a great way to get involved, meet more people and learn more about WLUSP.

Vrolyk wants to increase the student body’s knowledge of Laurier publications and strengthen the bond between the different publications at WLUSP.

“The publications really help the students become more aware of just what’s happening and also what they can do,” said Vrolyk.

He feels the publications allow students to have their own voice for issues they find important.

“I think with a lot of Laurier things there tends to be almost two groups, the Waterloo and the Brantford,” said Vrolyk.

He hopes to change this in WLUSP by promoting intercampus and inter-publication collaboration.

For Vrolyk, “making WLUSP one strong family” is a top priority.

Jacob Segel Rice is a law student in his first year at Sussex University who started at WLUSP in Radio Laurier and hopes to keep his current spot on the Board of Directors. Segel Rice plans to help with the transition back to in-person publications. He also wants to help the various Laurier publications wherever needed.

“I don’t really go into these types of positions thinking that I want to do a thing or get a thing done, it’s more like I want to be as helpful and as supportive as I can,” said Segel Rice.

Segel Rice also acknowledges there is a disconnect between the Waterloo and Brantford campuses, but says he wants to do his best to eliminate it. He thinks the best starting point for this is simply working on helping the two campuses to get to know each other’s publications a bit better.

Grace Corriero, third year political science major who got her start at WLUSP in Radio Laurier, is running for a seat on the board. Corriero feels that being a member of the Board of Directors would be an opportunity to branch out within WLUSP.

Corriero wants to make interconnectedness and diversity within WLUSP a top priority.

“I would like to see more cross-collaboration among the Publications housed within WLUSP and further interaction and community building with the Laurier student body,” said Corriero.

She hopes that by doing this, WLUSP will be better suited towards the wants and needs of all Laurier students.

In terms of diversity, Corriero feels that the creativity from those who have differing experiences is what makes student publications at Laurier special.

“The unique individuals are what make everything we do at WLUSP possible,” said Corriero.

She also wants to make sure that the Brantford campus and The Sputnik continue to have a voice in WLUSP decision making, so students on both campuses can be represented in student publications.

Abigail Heckbert is running for President of WLUSP and started through Radio Laurier. For her, the WLUSP presidency is the natural next step in her time with the organization.

Heckbert wants to prioritize diversity within the publications. She feels having a diverse team of passionate WLUSP members will be able to represent the thoughts and opinions of all Laurier students.

To do this, she wants to put an emphasis on equity, diversity and inclusion training for all WLUSP members to better foster a caring and supportive environment for all.

“I think part of my job in a sense, actually is to be physically there with you guys more,” said Heckbert, about improving the connection between the Brantford and Waterloo publications.

She has already started to do this by, most notably, visiting Brantford to see the office of The Sputnik and meeting with Editor-in-Chief, Hana Kidwai.

“Part of the WLUSP magic is being a part of that community,” said Heckbert.

Heckbert wants to show the greater Laurier population how rewarding being a part of WLUSP can be. She wants others to have the same experience as herself.

“I know that after I had joined Radio Laurier, I actually felt like I had found a part of myself,” said Heckbert.