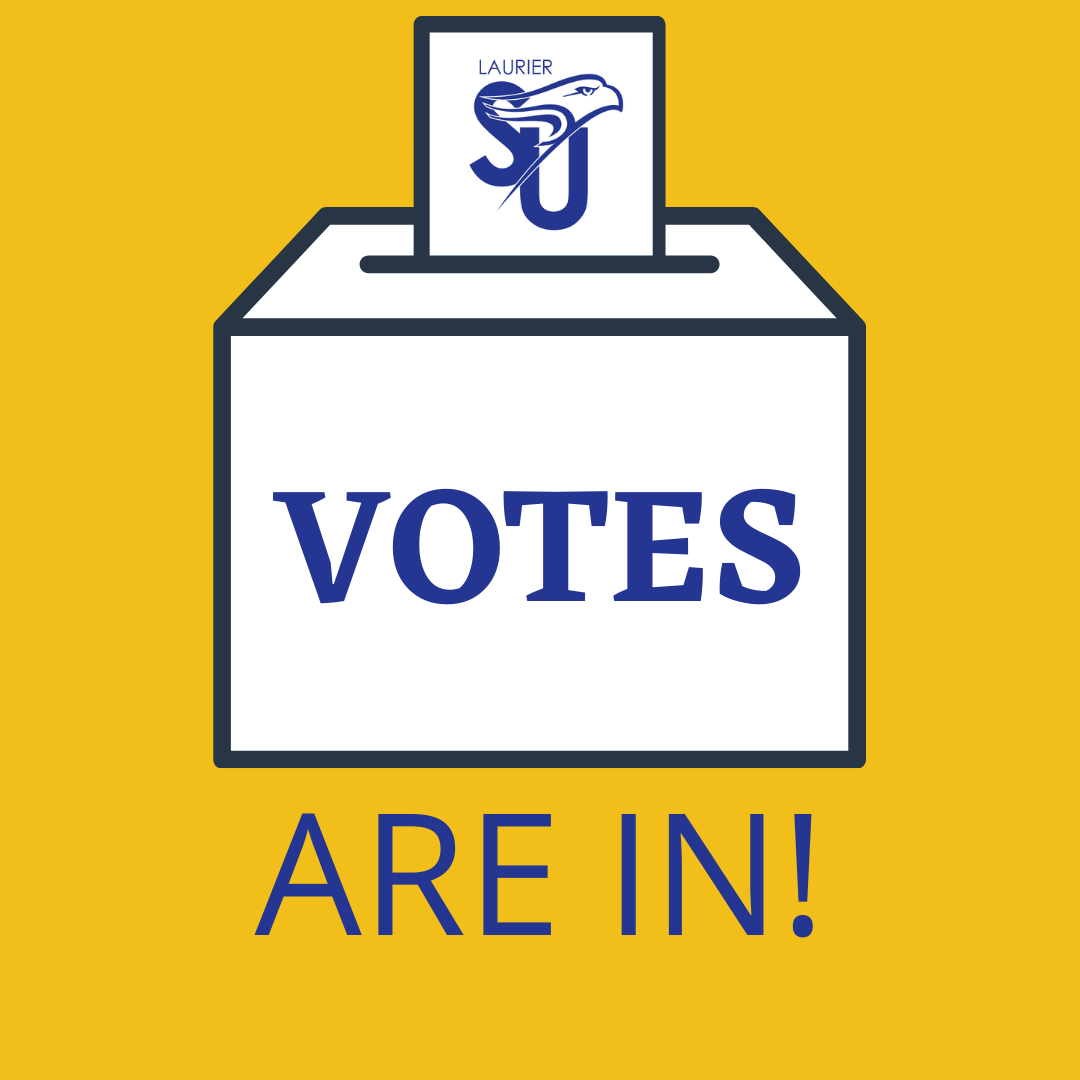 At 6:30 p.m. Thursday night, Symington was announced to be the successor of current president, Pegah Jamalof. With 53.47 per cent of votes of an overall voter turnout of 2715 students, Symington is excited to step into his presidential role starting this May.

The election results announcement took place over zoom for the second consecutive year due to COVID restrictions. Although the event was virtual and distanced, the election still felt personal and the excitement was evident. 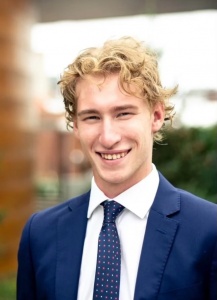 During the announcement of results, Symington felt nervous.

“They announced 53 percent of the vote and I’m like ‘that is so close’,” said Symington, “I could see everyone in the other frames supporting me being like ‘this is a lot, oh my god’.”

As the 53 per cent was announced, followed by Symington’s name, he jumped up, gave his friend a hug and said thank you to the audience. Following the zoom call, Symington called his family to announce the good news.

Symington was confident in himself throughout the race due to his support system. He knew if he ever felt panicked during the campaign, his team would remind him of how well he was doing. Symington sometimes found it difficult to see the realities of the race because of all the support he was receiving.

“When you’re surrounded by your team – people that support you and want to see you win – it’s kind of difficult to escape that echo chamber of support, get out of that bubble and see how you might actually be doing.”

One main goal Symington hopes to fulfill during his presidency is to bring the Brantford and Waterloo campus students closer together. He hopes to blend the student groups so there isn’t as big a divide between the campuses, while still allowing each campus to embrace their own identity.

To better support more students, Symington also hopes to introduce an improved Student Union calendar, which would host every club, association, Greek life, faculty and administration event. Symington’s hope in this is to bring Laurier students and staff closer together and to better the sense of community Laurier is known for.

Symington hopes for faculty and associations to collaborate for school events to enhance the experience of Laurier students.

Symington also wants more attention to be brought to Greek life for the volunteer work they do for their communities, as well as wants the university to recognize the goodness they bring to the Laurier community.

At the Brantford campus, Symington hopes for change. Symington values the safety of all Laurier students and believes everyone should feel safe walking home. Although Symington recognizes changes to the downtown core may be out of his domain, he is ready to assert his stance for the students. Symington believes the Student Union will be able to start a petition to incorporate more streetlights for students walking outside.

To meet his promises on his platform, Symington hopes to enforce social changes. In the 2021 Fall term, post-secondary institutions held a walkout in support of victims of sexual assault. Symington hopes to make this a yearly event to show the school’s stance against sexual violence.

“I don’t enjoy the idea of pandering or manipulating people into voting for me because I said I would fulfill them, I want to fulfill [my platform goals],” said Symington, “I think I can, I really do. I put these things on my platform because I think I can. I’m like the little engine who could.”

Symington also hopes to have free menstrual products in the washrooms on each campus. He says other universities have this program and he would like it incorporated at Laurier. These institutions charge their students a small fee to supply the hygiene products.

“Having each other’s backs and covering the cost for some students so others don’t have to worry, especially when we’re all broke would be a really cool thing,” said Symington.

Symington hopes to incorporate equal funding for each association, because he believes even though there may be less students in one area, they can be just as engaged in their program and deserve the same amount of funding as larger associations so they have the same experience.

Symington also hopes to incorporate more campus life to LOCUS students by hosting themed nights. He recognizes many LOCUS students commute and has an idea to host a drive-in movie theatre event on campus.

The most difficult part of running for president was the social change. Symington says he is a social person, but not a public person, which meant his new social media presence was out of his comfort zone.

For Symington, campaigning and the debates were draining.

“When all you can do is sit behind your laptop and post stuff on Instagram for 15 days, it gets tedious and stressful, because you’re thinking ‘I want to be doing more, I should be doing more, but I literally can’t be doing more.”

By the end of the campaign, Symington was feeling burnt out, but he knows his hard work was worth his presidency.

Symington expresses his love for the Laurier community and his time at the school.

Symington is excited to start his presidency and is grateful for his voters.

“Thank you for putting me in this position.”