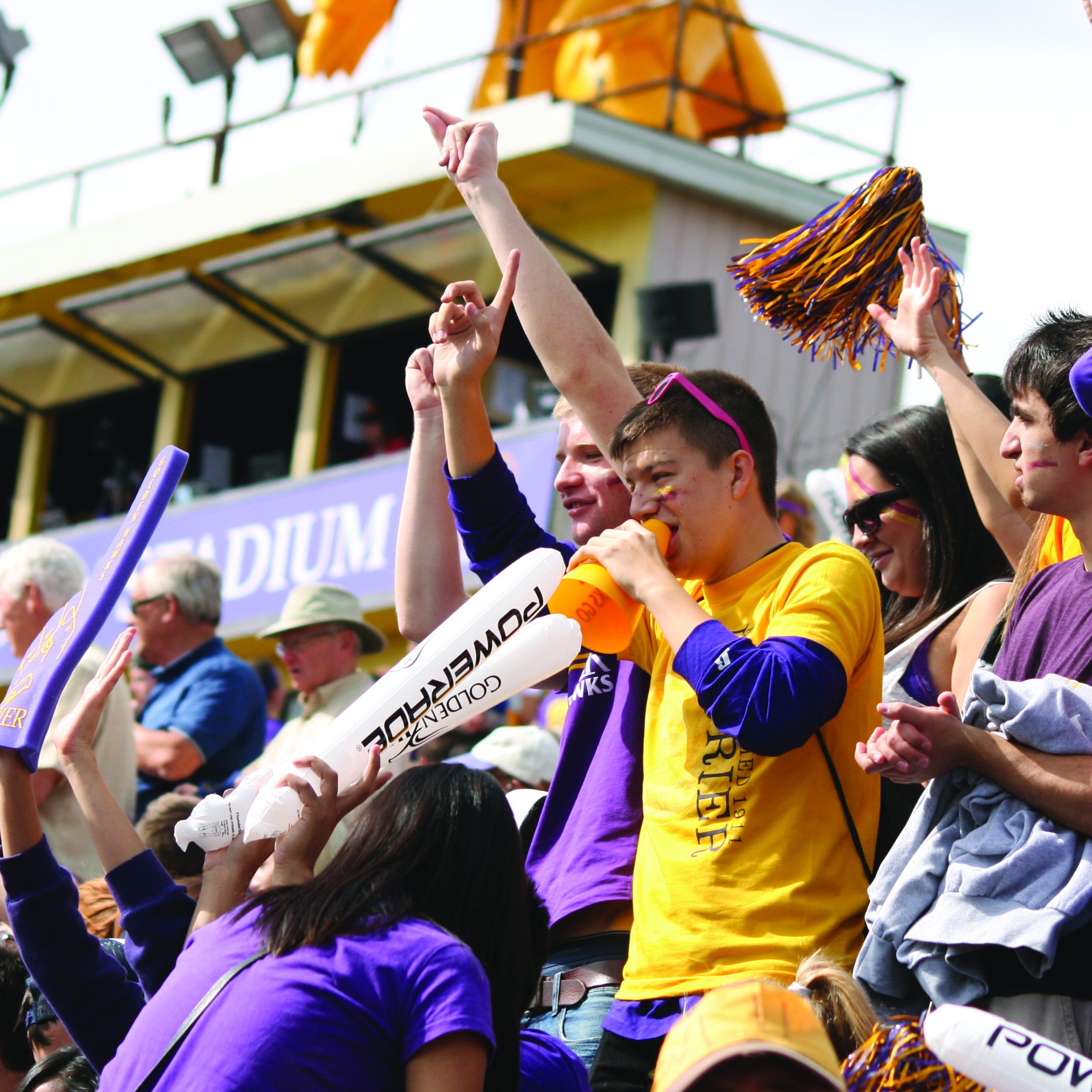 This year, despite the amount of enthusiastic fans at Wilfrid Laurier University’s Homecoming game, the event itself went surprisingly well. In order to ensure that the environment was as safe as possible, new measures were implemented by Laurier Athletics.

42 contracted security guards were hired this year to ensure that behaviour at the game was under control.

“Our game is not just focused on students, so we want to make sure it’s a family environment,” explained Ari Grossman, associate director: business operations for WLU athletics.

He also explained that while the security guards were there to enforce policy, there were no major behavioural incidents that occurred.         However, there was one male spectator who ran out onto the field in the middle of a play and disrupted the game.

“With 9,200 people [in the stands] it’s definitely a challenge to manage every single person,” continued Grossman.

“Unfortunately though, some students take it upon themselves to push their limits a little bit … they disrupt the game and cause challenges for themselves.”

According to Kevin Crowley, it is not known if that person who ran across the field was a student or not. He was promptly removed from the stadium after the incident.

“There was no investigation or charges or anything,” he said, adding that the Homecoming was busier, but there were no major incidents.

While many people were not pleased with this incident, it did not cause any physical harm to anyone involved, and there was no major implication towards the game itself.

Besides this single incident, everything else at the game went as planned.

“We didn’t have any ambulances dispatched to the stadium this year, which means that people were kind of able to hold their alcohol,” said Grossman.

For the first time, Seagram Drive was also closed between Albert and Lester streets to help deal with student and vehicle traffic, which helped solve previous congestion problems.

“I think people are just looking for good entertainment on top of the game and to have a good time with their friends, and we want to make sure they are doing so in a safe and fun environment,” stated Grossman.

In order to impress fans in new ways, this year a plane flew overtop the game, which was accented by parachutist and pyrotechnics. “The plane flying over came from an idea to honour Fred Nichols,” explained Grossman, which was a common theme over the weekend.

While the total cost of extra entertainment at the game was roughly $7,500, Grossman concluded by stating that new and inventive ways will be pursued to keep fans engaged at future homecoming games, so they can hopefully be as smooth as this weekend was.