How far will you go for the next big thing? 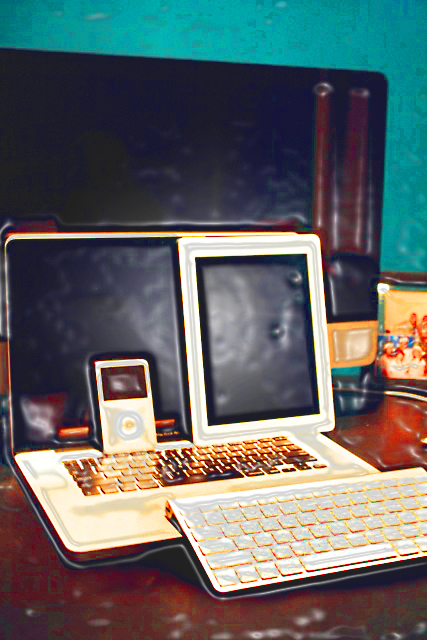 Hundreds stood in crowds at stores throughout the country for the release of Apple’s iPhone 5 on September 21st.

With the world’s fixation on Apple products today, it comes as little surprise to see eager customers lining up days in advance, hoping to be one of the first of thousands to get their hands on Apple’s newest iPhone. Lining up in advance for a product, once limited to the most diehard fans of niche markets, is now a common sight when new technology arrives on the scene.

But there is still a question many of us ask while passing these crowds on the street: why do they do it?

These massive lines also appear during major sales. Amanda Krzewski, a Concurrent Education/English student at Laurier Brantford, once spent Christmas standing outside for 12 hours in preparation for a Boxing Day sale.

“I’m not really that into technology,” Krzewski said. “But my siblings were, so I went with some friends to get the new iPod. This was a few years ago, so it would’ve been the third generation iPod.”

So why did she do it?

“I really wanted the experience. My friends and I stood in line from 6:00pm [Christmas Day] to 6:00am the next day. I didn’t do it for the money – I only saved ten dollars off the iPod, but I wasn’t really standing there for the money,” she said. “It was fun talking with my friends, meeting new people in the line, getting Tim Hortons, trying to stay warm. It was a really great experience. It’s fun to say that I did that.”

“I wouldn’t do it again though,” Krzewski added quickly.

With Apple’s products as popular as ever, it appears customers are more than willing to stand outside for days waiting for their new products. The iPhone 5, the newest iPhone on the market, sold five million phones in its first three days on store shelves. This was up from the opening weekend for the iPhone 4S, where four million phones were sold in the opening weekend.

However, this new trend may not last forever. John O’Neill of Brant Stereo, a local audio, video, and home theatre store, feels that Apple’s long-term survival is not a guarantee. Next year when people are standing in hour-long lines, it might be for something entirely different.

“Apple used to be better at keeping their products top secret,” he said. “Today it’s a lot harder for them. There are technology blogs that post rumours and photos about new Apple technology months before Apple even announces it. Gizmodo.com had photos of the new iPhone three months ago.”

It is easy to see how, with today’s massive online media, the suspense of a new product is easier to spoil. A customer may not want to stand outside for hours waiting for a product if they can learn all they need about a product with a quick Google search.

“People will always line up for major discounts like Boxing Day sales. They like to do that, and we’ve had that happen here at Brant Stereo before. But Apple’s really the only company that inspires these long lineups with their new products,” O’Neill said. “Still, that’s no guarantee of their future. You can be on top one day in the technology market, and you might be on the bottom 24 hours later. Just look at Blackberry.”

It still seems likely that the country’s most tech-savvy customers will be standing in line for new technology next September. It’s a fun experience to share with friends, and it is becoming more popular as a cultural sensation. But it remains too early to tell if customers will be lining up next year for the new iPhone, for a brand new product, or simply for a good sale.

We’re all waiting to find out.