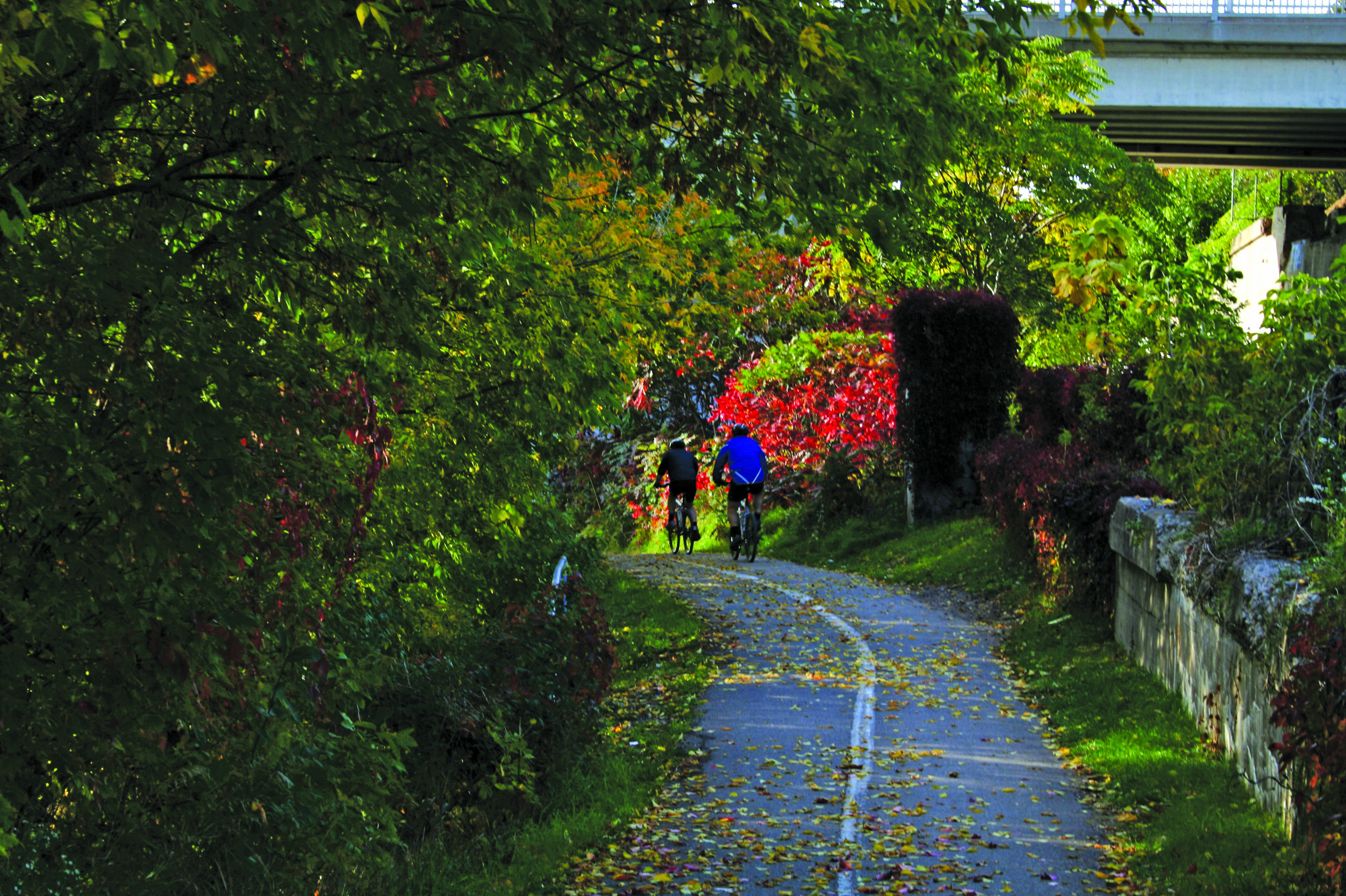 The best medicine for the midterm blues this season is most likely in or around your own backyard.

The Grand River is one of the most accessible places to get your outdoor, chilly air, leaf-changing fix without costing you a dime. Not only does it offer scenic trails, but museums wait to be explored, galleries to be viewed, and fish to be caught.

“I think a lot of people don’t realize they have such a great opportunity in their own city,” said Tracy Burgess, design and development assistant at Brantford Parks and Recreation. “People [need to] know they don’t have to go to Hamilton or Waterloo. They can spend a weekend here with a lot of things to see.”

Despite tourism being a multi-million dollar industry in Brantford, the number of travellers along the Grand River’s trails is not a concern for Brantford Parks and Recreation and Tourism Brantford. Tourism Brantford’s tourism information coordinator, Heather McEwan, said they have a general idea of the number by the amount of people who inquire about the trails. More important are the activities offered along the river for tourists to enjoy, even during autumn.

If you want to trek the Grand River trails in hopes of gaining some cultural insight, many sites await your arrival. The Bell Homestead, a National Historic Site, is an 1870’s home displaying Alexander Graham Bell’s achievements in telephone history as well as other family heirlooms that offer visitors a glimpse in to the past. The Glenhyrst Art Gallery offers an exhibition of contemporary arts as well as an outdoor sculpture garden and art classes. Her Majesty’s Royal Chapel of the Mohawks is the oldest Protestant church in Ontario, constructed in 1785. It is also the oldest surviving church in Ontario.

Trails Take Flight, a Grand River Country project partnered with the Ontario Ministry of Health Promotion and the Guelph Field Naturalist Club, listed two of Brantford’s Grand River trails among their top 20 favourite birding trails in the Grand River Watershed. The SC Johnson Trail, which runs 11km from Wilkes Dam in Brantford to Oak Park Road, just south of the 403, and the Gordon Glaves Memorial Pathway, which begins in Waterworks Park and travels 3km to the Wilkes Dam, are among their list of popular bird-watching trails.

McEwan says autumn is a great time to explore and see the river take on a new season. “It’s the time of year when everything is changing. It’s going to look completely different then when you saw it in the summer,” she said.

Heritage River Canoe & Kayak Company is open for paddling from late April through early November and lets you see the Grand from a new perspective, while Brant County Angling exercises the catch and release method of sport fishing in the Grand to ensure the continual health of the river’s inhabitants.

If you are more inclined to take a driving tour of Brantford’s section of the Grand River, a scenic driving route suggested by tourist agency Grand River Country begins at the Brantford Visitor Centre, and stops at sites such as the Brant County Museum and Archives, the Glenhyrst Art Gallery, the Myrtleville House Museum, Apps’ Mill, Brant Conservation Area, Bell Homestead, the Woodland Cultural Centre, the Mohawk Chapel, the Hamilton to Brantford Rail-Trail, and the Six Nations’ River Road, Chiefswood, and Salt Springs Church.

“Get to know your city and you can have a cheap vacation right in your city,” said Tracy Burgess.

The arrival of autumn does not signal the end of fun in the outdoors. Enjoy the exercise and get your mind off school, if only for a little while, by exploring one of Brantford’s grandest attractions.