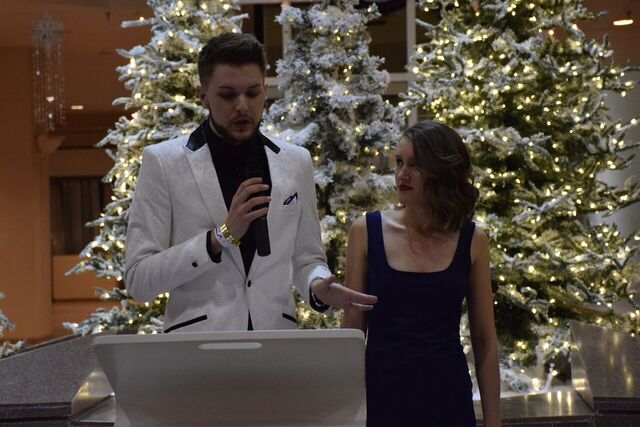 On Jan. 29, the center of Market Square was decorated with snowflakes and lights, awaiting the arrival of 200 students for Laurier’s first ever charity Gala.

The Winter Wonderland Gala was hosted by the Human and Social Science Association (HSSA) and the faculty of Liberal Arts Student Societies (FLASS). The charity gala aimed to raise money for the Hospital for Sick Children.

Puvanendran explained how the idea for the Winter Gala was conceived; “I lived in residence during my first year, which is when we had the Residence Banquet. But that was the only formal event we’ve ever had, anytime I saw my friends after that event was in class or when we studied. We needed to have the Winter Gala to give everyone an opportunity to meet up again. Especially fourth year students like me – a lot of graduates move away, go to different countries, or get married, and you’ll never see them again.”

The event was open for both Laurier and non-Laurier students, and was attended by board members of almost every student association. The sold out event was a huge success. Some of the highlights of the night included music provided by DJ Cashmere, performances by the dance group KAOS, a chance for people to get their pictures taken against a winter wonderland backdrop, and of course, the cash bar.

The decorations for the event were donated by Brian Kennedy, who runs a production company specializing in seasonal décor. Kennedy started his business because of a high school formal event, and he saw this gala as a chance to pay it forward and help out a great charity, “helping out for this event was coming full circle”.

Savannah Dale and her group of friends were a few of the many students who heard about this event through the Facebook page, “this formal was just a fun chance to get dressed up and do something with all of your friends.”

Laurier students looked stunning in their formal attire, and enjoyed a night of food, dance, and even an intense game of musical chairs. But perhaps the greatest hit of the night was the chance for Laurier students to write anonymous messages of encouragement and kindness for the children of SickKids.