KOI music festival set to go off this weekend 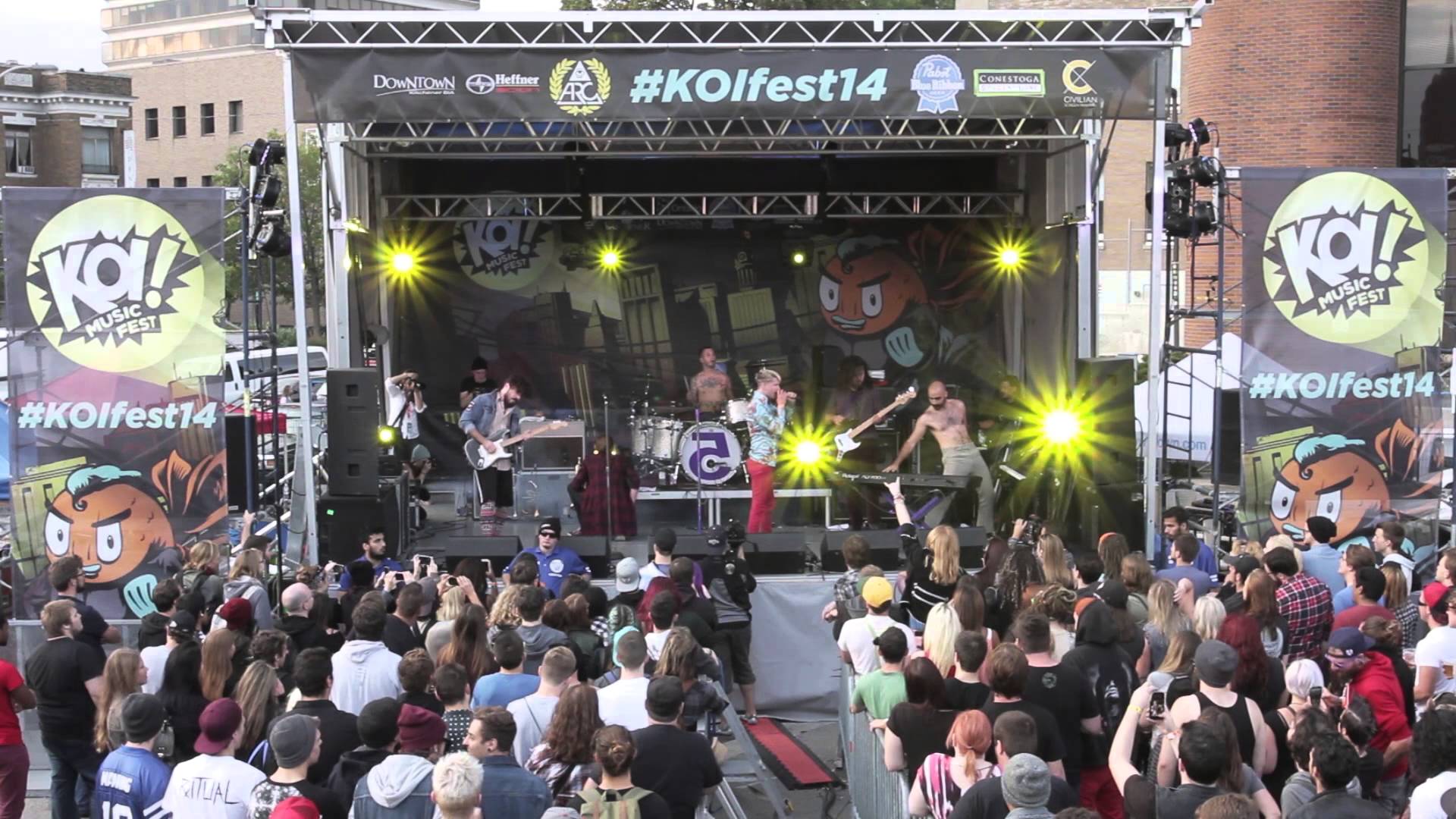 KOI Music Festival is back to provide Kitchener’s punk-rockers and head-bangers a fun weekend of rocking out. Taking place this upcoming weekend – September 25 to 27 – it promises to be the best year of the festival yet.

The shows get started Friday night, with bands playing on three stages. July Talk headlines the festival on Friday, hitting the main stage at 10:10 p.m. This Toronto-based blues/alternative band has been playing Canadian festivals all summer, and are known for their excellent live performances. Vocalist Leah Fay is especially known for what she brings to the stage. Indie-rocker Rich Aucoin is also performing Friday, taking the stage just before July Talk at 9:20 p.m.

Saturday sees an insane lineup hitting the main-stage, and nine stages hosting shows in total. The night belongs to August Burns Red (ABR), the metal-core group from Manheim, Pennsylvania. They are known for their outstanding musician-ship and the strong vocal and stage presence of Jake Luhrs. ABR released their more recent album, Found In Far Away Places this summer, and it once again has them on top of their game. It both keeps the sound that they are known for and combines it with different genre-features in the middle of half their songs. Whether it is the western-saloon jam on “Majoring In The Minors”, or the surf-rock breakdown on “Identity”, this album will treat fans to an awesome live experience.

One of the most anticipated bands performing this weekend are The Ataris. Led by frontman Kris Rowe, The Ataris are still going strong, and after touring last year in support of the “So Long Astoria” 10-year anniversary, they are showing no signs of slowing down.

Some other notable bands playing on Saturday will be: Texas In July, Letlive. and Teenage Bottlerocket. Brantford’s Harbour, fresh off their Japan tour, will be playing on the Seagram Stage at 6:50 p.m. Sunday ‘s lineup features acoustic-only shows.

A full list of bands, times and stage locations can be found at www.koimusicfestival.com. Tickets are still available for the weekend. Tickets for Friday are $30, while Saturday tickets are $55. A Friday-Saturday pass will run you $75.