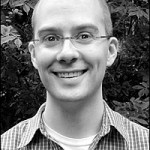 As of August 1, Bruce Gillespie, a professor at Wilfrid Laurier University’s Brantford campus, will be taking over the position of editor-in-chief with J-Source as part of its transition plan.

An assistant professor of Journalism at Laurier since 2010, Gillespie was selected for the position by J-Source’s transition team in June because of his experience in the journalistic field.

Gillespie, working primarily as a freelance writer and editor, has written for such titles as Canadian Geographic, Canadian Business, MoneySense, Chatelaine, The Magazine, Quill & Quire, and The National Post as well as co-edited the novels Nobody’s Father and Somebody’s Child.

“Bruce brings a wealth of experience in journalism to the position,” said transition team member Christopher Waddell in a memo on J-Source’s website.

According to Gillespie there are some big shoes to fill following Janice Neil’s term as editor-in-chief since 2010.

“I was excited for the most part when I found out,” said Gillespie. “It’s a great opportunity but at the same time, wow – this is such a big job. Janice has done a really great job expanding the site – bringing it to what it is today.”

According to Neil, “I am sad to be stepping away but I am glad that my successor is as professional as Bruce Gillespie.”

“Bruce has a very professional background, which obviously gives him the ability to see the changes in the media. He definitely has a collaborative nature to him,” she said.

“I thought it was wonderful news,” said Sue Ferguson, Journalism program coordinator at Laurier Brantford. “Bruce really deserves it. He is very well connected with all the people who are connected with the J-Source project. I think he’ll do a great job.”

According to Ferguson, the appointment of Gillespie to his new position means an increase in the Laurier journalism program’s profile.

“And that can only be good.”

Once Gillespie steps into the position of editor-in-chief in August, his responsibilities will include editing all online content and directing the future of J-Source.

“I don’t think this new job will change my role with the university at all,” said Gillespie.

According to him, if anything, this will help bring recognition to the journalism program at Laurier, especially because editors-in-chief prior to Gillespie were all professors at Ryerson University.

Gillespie hopes that during his role as editor-in-chief, J-Source will see more student submissions from journalism schools across Canada.

“We have all these students … wouldn’t it be great if they could contribute in a great way?” he said.

J-Source was created in 2007, funded by the Canadian Journalism Foundation.

After 6 years, the Canadian Journalism Foundation is looking to cut back its funding to J-Source. The website is looking for a transition into a different funding model by January 2014.