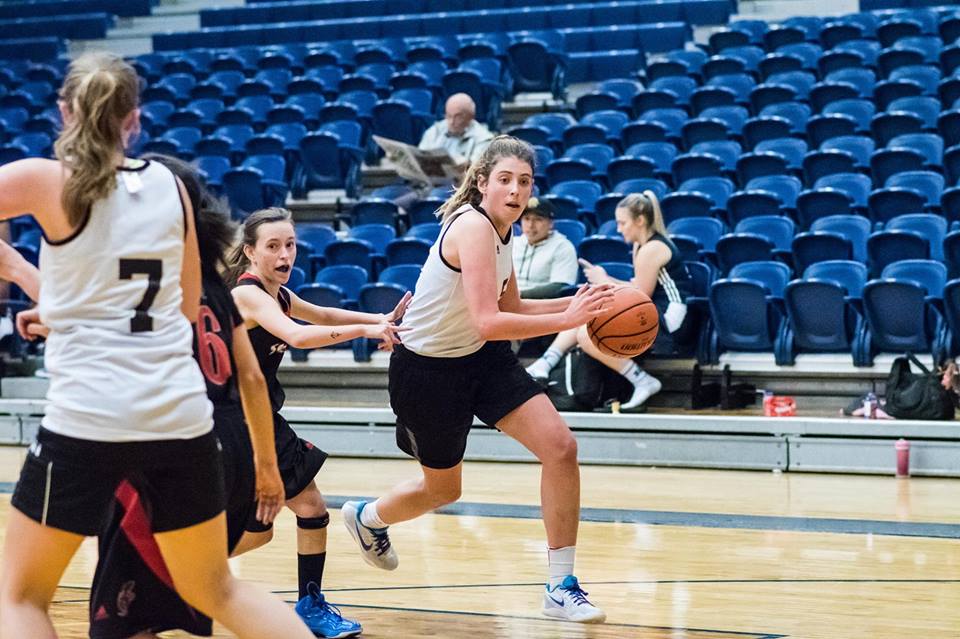 For many athletes, their sport becomes a huge part of who they are and what they build their lives around. The sport creates benefits such as stress relief, a social circle and a good reason to exercise. All of these things play a role in shaping an athlete’s personality, values and friendships.

The scary thing for a lot of athletes is that this could all be snatched right out of their life in a matter of seconds. It happens more often than any of us would like and it’s because of agonizing little villains we like to refer to as injuries.

One minute you’re dribbling down the field, loving every minute of the ball at your feet and the wind whipping past your face. You deek out your opponent but it all happens too quickly and suddenly you’re on the ground. You’re writhing in pain because your opponent accidentally took out the wrong part of your leg. Just like that, your ACL is torn, you need surgery and you won’t see the field again for almost a year.

It happens that fast.

Injuries are a lot more than just injuries. They come with a side of boredom and wondering what to do with yourself during all your new spare time. Because of this loss of identity, it’s common for injuries to unmask serious mental health issues such as depression, anxiety, eating disorders and substance abuse.

“When you are in that rehab place and you can’t get on that pitch it seems like it’s forever,” leading sports psychologist Misia Gervis told The Guardian. “There is a wealth of evidence around the psychological challenges of long-term injury. If you are an elite athlete where it is your only identity, and suddenly that has been taken away from you, you are sitting there thinking: ‘Who am I now?’ It is a big sense of loss.”

“I really liked the sport and not being able to do it really hurt. The second time I injured it I was going through a lot of problems mentally and wrestling was my escape from that and injuring it again and having to make that choice was really difficult. [It] made things worse because I really wanted to be out there,” said the first year.

“It was devastating to me to know I would never be able to play that high of a level of hockey again,” she said. “It was my future plans, I wanted to attend Laurier since I was little and to play as a goalie on the Laurier varsity team. It’s hard for me to think that I lost it all in a split second just by getting hit in the head. Everything in my life changed for me, more than just my sports, all because of something that took a second to happen.”

Certain kinds of injuries are common among certain sports, however, concussions are one of the most prevalent ones among any type of sport.

“It [rugby] was great then I got seriously concussed,” said Reilly, another Laurier Brantford student. “For rugby it was terrible to leave. So I became a coach of my high school team instead of a player which was still really hard because I couldn’t do anything — just walk. I couldn’t play the sport I loved so I started to gain weight — a lot. And my self-confidence was terrible it made me extremely depressed.”

Even long after the worst part of the concussion is over, the injury is still tough to deal with. Concussions can result in lifelong effects and also alter playing ability due to the high risk of getting re-concussed.

“The healing process for concussions is extremely long especially because I had another one before this one which was pretty serious as well,” said Reilly. “So I was more limited because the doctors wanted to be extra cautious. It took a while until I could play again and it took even longer for me to become healthy and fit again.”

Not only do concussions and injuries affect an athlete’s involvement in sport — they also impact academics, social life and overall quality of day-to-day living.

“It limited me with school like crazy,” said Reilly. “I was out of school for three months, which affected my grades a lot and my social life because I could never leave my room and then after that stage of the healing process was over I still couldn’t leave my house.”

Ecclestone experienced weak reactiveness in her left eye and enhanced effects of her ADHD. School became more of a challenge than it had ever been before.

“I went from a 90s student to failing very quickly and had to build back up to where I am today,” she said. “Lots of extra time on school work and I even had to switch schools. Because of the extent of the brain injury I also had a big shift in my personality. My mom notices it the most. That is one thing that will never change back to the way it was, but I am learning to cope with all the changes.”

It’s not just concussions and injuries that force an athlete to give up their sport. Illness, disease and health conditions can also be detrimental to an athlete’s career in the same way injuries are. Laurier Brantford student Alexa Stucke had to give up competitive basketball before she was ready due to symptoms of low blood sugar. While playing, she often felt faint and found it extremely difficult to move. This went on for two years before she had to give up the competitive level completely.

“That loss of not being able to achieve my goals took a huge toll on who I was, my identity,” said the second year who had been aiming for a D1 scholarship before coming to university. “It [basketball] literally was my life and it got swept from under my feet. You don’t know that your last game is your last game.”

The ultimate question is: What can be done about athletes’ losses of identity, goals, self-esteem and confidence that were born out of their injuries?

“I try to realize that maybe I have another purpose; maybe my end goal wasn’t supposed to be playing basketball,” said Stucke.

Finding another hobby or interest to hook your identity to might be a start, but Stucke says it’s not as easy as it may seem.

“Even now I try to find different hobbies but nothing compares,“ she said. “I would give anything to have basketball back in the capacity that I had it.”

What might be needed is more awareness, accessibility and availability of rehabilitation centres and mental health counselling for injured athletes.

“I think it would be a great thing if these facilities were made more known,” said Ecclestone. “I had no clue about any of that stuff until I got hurt. Cobblestone Rehab facility in Paris, Ont. is the reason I am as far as I am today. Facilities like these are so important for the rehabilitation of people who have suffered from brain injuries whether it is short-term or long-term like mine. I have talked at hockey meetings for teams I have coached to try my best to spread awareness but I hope that these programs become more acknowledged for all sports in all places.”

For a lot of athletes, sports are supposed to be a safe haven, an escape from reality. It’s damaging to a person’s mental health when that main source of hope and joy gets taken away. With mental health awareness growing into such a popular aspect among society, now is the time to start thinking about how we can make athletes’ journeys to recovery less painful for not only their physical injuries, but for their emotional wellbeing as well. Injuries are way more than just injuries.