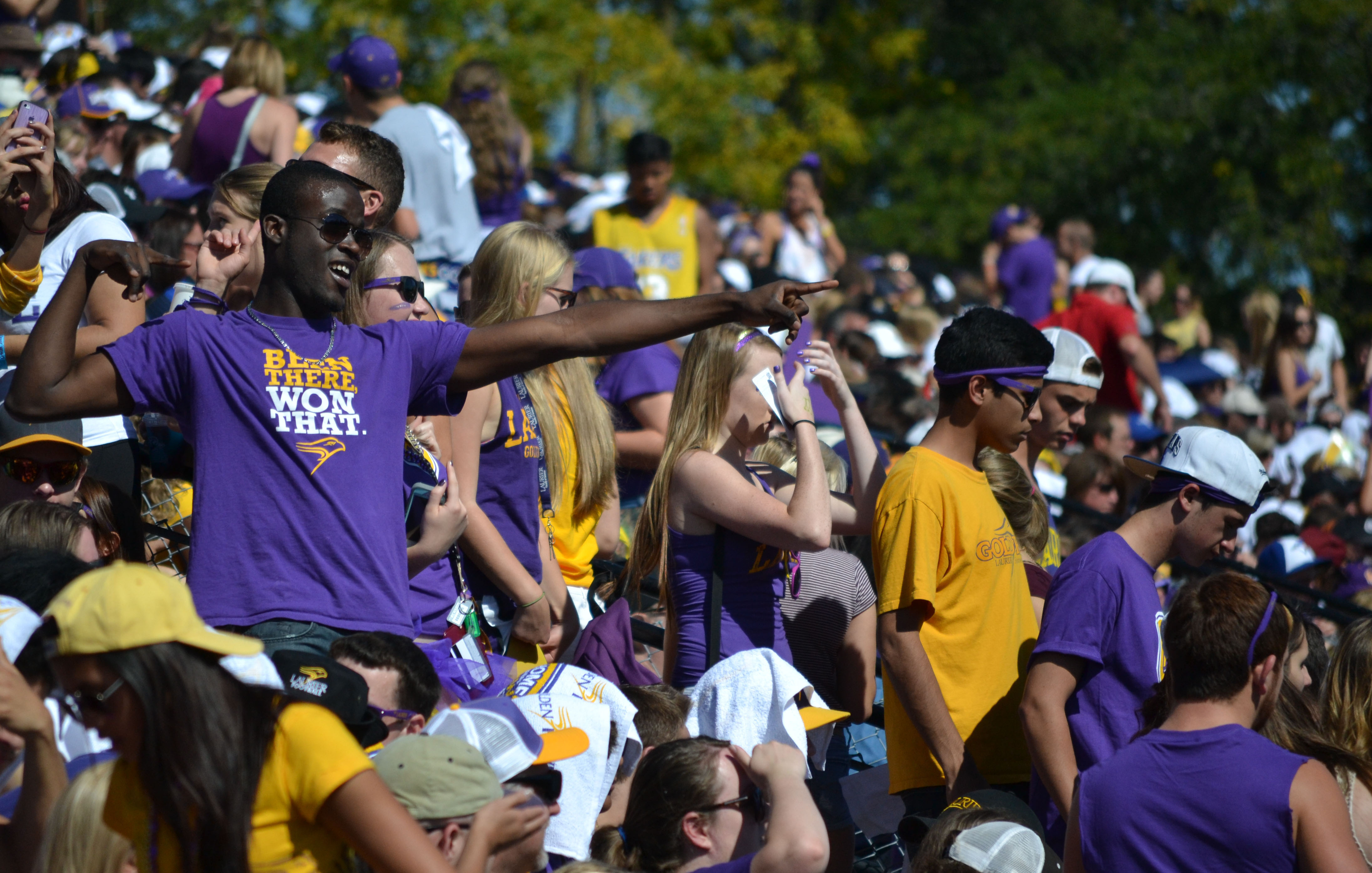 Two weeks removed from a big home win over the Waterloo Warriors, the Laurier Golden Hawks football team celebrated another huge victory in style at their Homecoming game against the University of Carleton Ravens. The Hawks celebrated in front of a throng of excited and spirited students who came out to support the home team in their pursuit of their third victory of the season.

The Golden Hawks improved to 3-1 on the season with a massive 53-3 victory over the Carleton Ravens, in a game where the team was firing on all cylinders. Coming off of a bye week, it was quite clear that the Laurier team had used the extra week of rest to their advantage, putting in a full team performance and dominating all sides of the ballgame.

Dillon Campbell, the OUA’s leading rusher, and James Fracas, the hometown quarterback, were yet again a devastating offensive backfield tandem, combining for 372 yards of offense in the win. Campbell, who added three touchdowns to go with his 176 yards, continues his impressive season, now leading the OUA in yards per game and touchdowns.

The defense stepped up with another big performance as well, holding the Ravens to just a single field goal; they have now given up just three points in the last two games combined.

Not only was the team dominant, but the atmosphere created by the fans was incredible. In the first meeting between the two teams since Laurier’s 1970 Homecoming game,students and alumni alike came in purpleandgold droves, showing exceptional school spirit and support for the football team.

Ese Mrabure-Ajufo, one of the defensive stand-outs on the Golden Hawks, has played in four Homecoming games now in the purple and gold with this one, most likely being his last before Mrabure-Ajufo pursues a promising future in football. “Homecoming 2011 compared to Homecoming 2014, not too different,” remarked Ese, “[I] had just as big butterflies when I started in my first Homecoming back in first year as I did this past Saturday. It’s been an honour playing for [defensive co-ordinator] Van Moerkerke these past four years.”

Mrabure-Ajufo and the defensive starters brought the crowd to their feet on Saturday with their big introduction before the game, setting the tone for what was an exciting and loud game throughout. “Coming into the game, I told myself to have fun; no matter what happens, enjoy the moment, make it as memorable as possible,” explained the fourth-year defensive end. “The entrance thing was my idea to do … I thought, we gotta do something other than just running out of the tunnel like we always do, right? Get the crowd going a little bit.”

Trevor Marshall, a fourth-year Laurier student summed up a student’s experience of the big game and day for the school, “The atmosphere was awesome, the Laurier community is so great. It’s cool to come together and support the Laurier football team and celebrate everything that is great about this school.”