In subzero temperatures and in the middle of a snow storm, loyal customers headed to Dairee Delite on St. Paul Avenue to get their fix of ice cream. Two employees were using the combination of a heater and layers to stay warm as customers darted between their cars and the ordering windows of the stand. Dairee Delite has been a staple in Brantford since opening in 1953 under the name Cream-EEE-Freeze. Regardless of the snow and the windchill, customers showed sporadically for a treat similar to the weather. 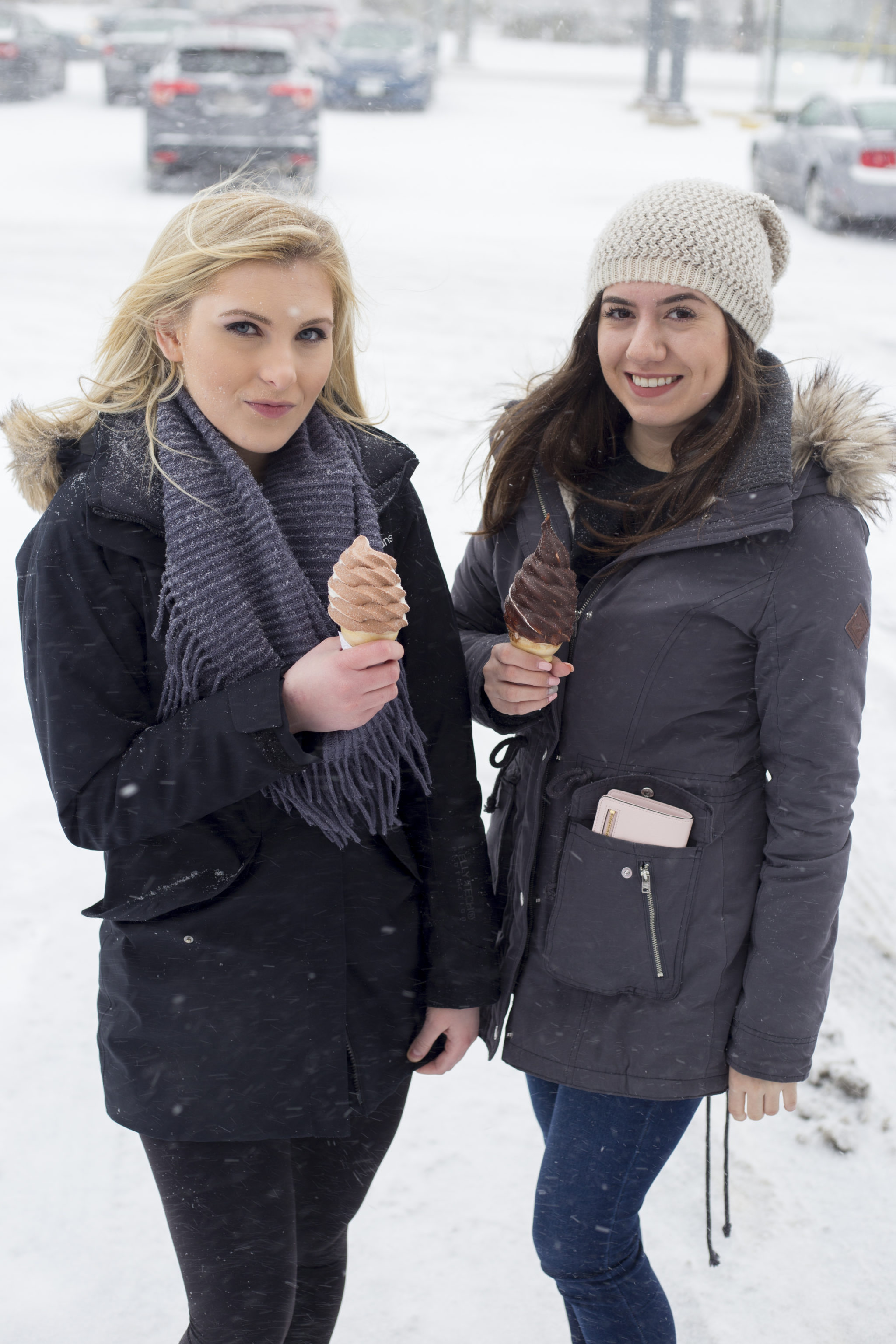 On it’s opening day, March 12, the 1950s themed ice cream stand had a lineup of people waiting for their first cone of the season. While the weather wasn’t inviting on Sunday, the lineup came as no surprise for the employees working there. According to one of the two working, the stand is popular for the cakes and pies they make as well. That having been said, the lineups were there for their delites, milkshakes, and cones, to name a few items on their menu.

“It’s the sixth best ice cream store in Ontario!” said Stephanie Johnston, one of the two girls running the stand during the storm.

The stand has reached internet fame thanks to the recent trend in people going out of their way to find authentic soft serve with a vintage feel. Narcity gave Dairee Delite the rank that Johnston referenced last April in their article “11 Ontario Ice Cream Shops That Are Worth The Drive”. The small Brantford institution managed to beat out the ice cream giant that is Kawartha Dairy Limited but fell short of a few Toronto based parlours.

Young tries to come out to Dairee Delite a couple of times per week during the season that it’s open. He had been to the stand two times already that week, and got a different delite each time.

Laurier students were making the journey out during the storm as well, anxious for the stand to open up. Second year students Emma Michener and Chris Tenuta drove to get their fix. When asked if they would have came if they did not have a car, they chuckled at the question. “There would be absolutely no way in hell that I would be able to get here,” said Michener. “Not on a day like today. Maybe if it was nicer weather I would walk.” At minimum, the cold snap kept the ice cream from melting