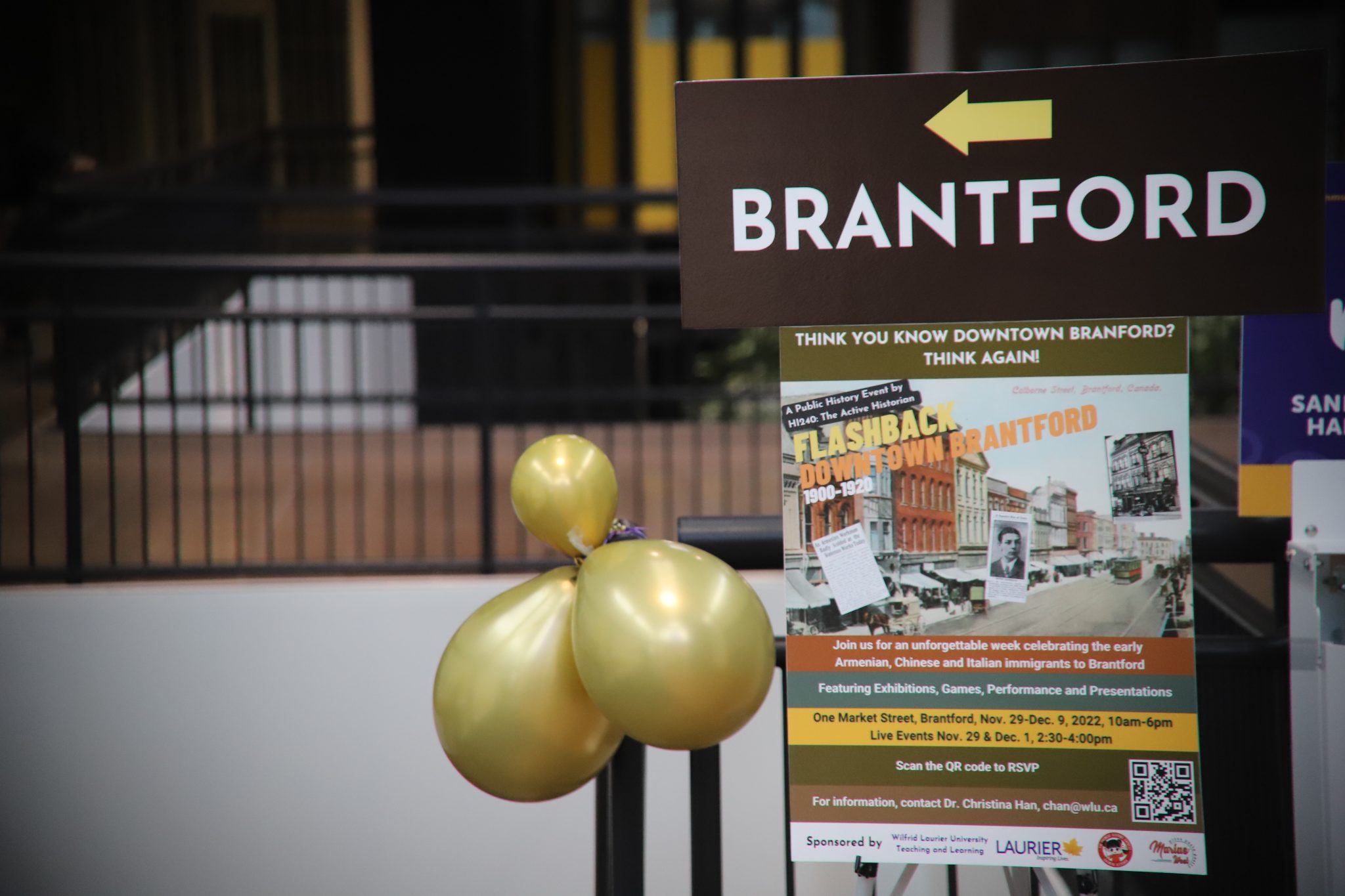 The exhibition focused on the lives of early Chinese, Italian and Armenian immigrants who called Brantford home. The event lasted one month and was set up in multiple locations in Brantford, including One Market. This is where the class hosted its opening event on Nov. 29 and Dec. 9.

The class spent the term researching and preparing for the exhibition. Students were put into groups to focus on different aspects of the event, such as event design and management.

“Instead of writing research papers, they put together exhibitions and public events,” said Han. “[Students] say this is actually more work, but students derive great value and experience out of this.”

Han has hosted three similar exhibitions in the past, including some virtual events focusing on different communities.

“Brantford used to be a very multicultural city,” she said. “I wanted to highlight that and share that information with students and community members by putting on exhibitions.”

The class created the exhibition using replica artifacts they created as well as photos and articles gathered from the archives of Brantford, Canada, the Hamilton Spectator and Han herself, said Kayla Kendell, a fourth-year social and environmental justice student.

Kendell was part of the exhibition team and shared information on the Italian community.

“They were here working on the railroads,” said Kendell.

“They were responsible for laying a lot of that track,” she said, demonstrating how with a replica 12-pound spike maul.

“It was really hard work in pretty brutal conditions, so they frequently asserted their labour power,” said Kendell, referring to the unions and strikes organized at the time.

Hannah Baglole, a second-year history student, and Ben Avetissian, a second-year humanities student, were both part of the class’s event design and management team. The team helped create the floor plan of the exhibition and the passports attendees were given to navigate it.

“My role was mostly just knowing what was going on,” said Baglole. “If anyone had a question, that was my job.”

“I love to help facilitate, to be in charge and to support my group,” said Avetissian. “It is a stressful time and it’s a stressful thing to do, so some positivity is always very important.”

Monica Van Ittersum, a fourth-year english student in HI240, said her biggest takeaway from the exhibition was getting to learn about communities that used to be more present in Brantford.

“I think it’s also really important as Laurier students to know Brantford and what it was,” said Van Ittersum. “It gives me a different outlook on Brantford.”