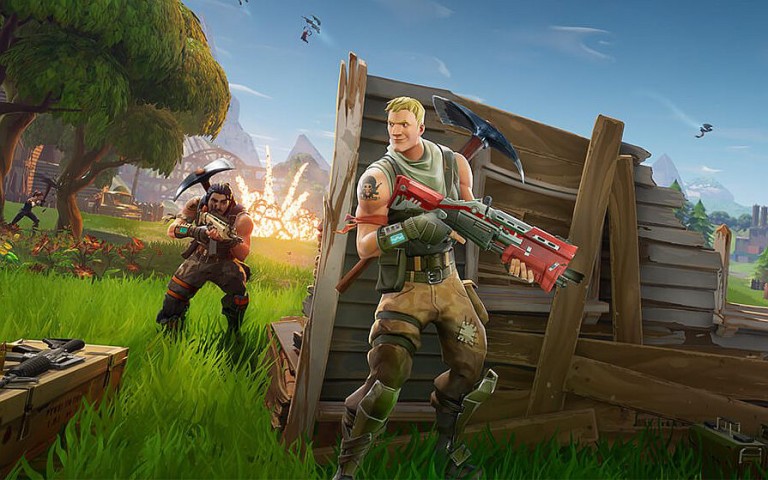 Everyone knows someone who games. Whether it’s you, a friend or a roommate, gaming permeates all our lives in one way or another.

According to the Entertainment Software Association of Canada, a little less than 60 per cent of all Canadians play games in one form or another. Whether that’s on their phone, laptops or a dedicated gaming console, gaming is a cultural force that connects people across Canada – and across Laurier Brantford.

It’s not just because of our Game Design & Development program here at Laurier Brantford: students from every program play games.

We even have our own club on campus, Game On!, which holds weekly game nights in  the GRH basement where students come together to play board games, video games and card games.

As a part of our wrap-,up issue I wanted to know what games connected with Laurier students and staff most this past year, so I asked.

I polled dozens of students (and a couple staff) across the majority of our programs offered here to see what people played the most in 2018, as well as what games they saw their colleagues playing. And there were some clear winners.

Starting with what they saw their colleagues playing the most in 2018, the answer was no surprise. It seemed everyone was playing “Fortnite: Battle Royale” in 2018, and Laurier Brantford was no different.

42 per cent of respondents reported seeing more “Fortnite: Battle Royale” being played by other Laurier students and staff this year than any other game. This makes sense: “Fortnite” broke records across the board in 2018, earning the most revenue in a single month for any free-to-play game ever.

“Fortnite” also reached 8.4 million concurrent players (meaning people playing the game at the same time), which is more then every game on Steam at its peak, combined. The game had a big presence at Laurier Brantford this past year and only continues to grow.

Students also reported seeing “Pokémon GO” being played by many at Laurier, earning 12 per cent of the votes for game most seen played by others at Laurier. I can attest to this too: I see three or four people daily logging into the hit mobile game to spin Pokéstops and catch whatever new Pokémon have been added that month.

Next, I asked students what their personal favourite game of 2018 was.

Coming in at number one, a little less than 25 per cent of the total votes, was “Spider-Man”. The open-world action game was released this past September exclusively for the PlayStation 4, to critical and financial success.

This wasn’t too surprising: Sony revealed that Insomniac Games’ “Spider-Man” sold 3.3 million copies in the first three days, making it not only the fastest selling PlayStation game of 2018, but in the company’s 23-year history. Lots of Laurier Brantford students picked it up too, it seems.

Laurier’s second favourite game of 2018, coming in at a little less than 18 per cent of the total votes, was another PlayStation exclusive: “God of War”.

Released in April of this year, “God of War” is a reboot of the classic PlayStation action series, which started back in 2005 on the PlayStation 2. The original studio, Sony Santa Monica, returned to develop the reboot, this time setting it in the Nordic mythos rather then the Greco pantheon.

It seems Laurier Brantford has a lot of PlayStation fans, with PlayStation games taking up almost 45 per cent of Laurier’s favourite games of 2018. The rest of votes were spread out across various games at two to five per cent each.