Falling in love on Tinder: a confession 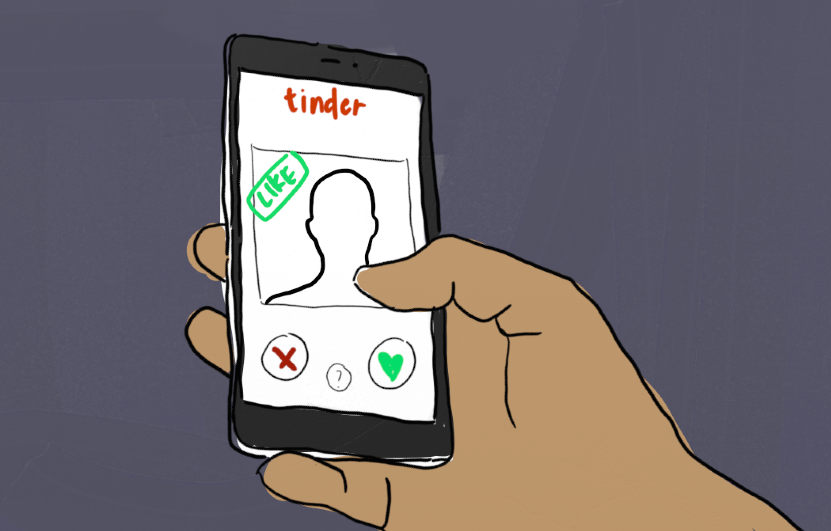 For a long time it was hard for me to tell people that I met my boyfriend on Tinder. In all honesty, I still don’t feel completely confortable when asked about it.

For someone who usually is quite confident and open with my personal life, I often greet this question with an awkward laugh followed by a nervous pit in my stomach as I wait to see how the questioner will react. I genuinely feel embarrassed – that in some way I am admitting to some wrongdoing.

After almost three years of dating, I don’t associate any part of my relationship with Tinder, which is why it’s always such an unwelcomed surprise when people ask me, ‘so how did you two meet?’

Today, it is widely more accepted and common for people to have started their relationships via Tinder and yet I still face these questions with a tinge of resentment for the ones asking.

I recently have attributed these feelings to my 20-year-old self and the way she viewed and used Tinder when it first came out. I realized that I had found a boyfriend on an app that my friends and I had used as a game. Tinder was always a joke, and so this led me to believe that my relationship would be seen as a joke.

So without further ado, this is the story of how I fell in love on Tinder, and why I hate talking about it.

Back in 2015, when Tinder was first up and coming, it was widely viewed as the ‘hook up’ app. I had never been one for dating, never mind online dating, so it is safe to say this was not really my cup of tea. That being said, having just come out of my first year of University, I was feeling cool as hell and ready to try anything.

It started out as the greatest game ever. My friends and me would get together and drink poolside while swiping left and right all day long. We would compare matches and discuss the different ways people would try to start up a conversation over the app.

Often times, we would get bored with the mundane conversations and would switch things up a bit. The game went from how many cute people can we flirt with to whom can we freak out the most. I don’t believe that my friends and I were alone in this tactic.

I’m sure many of you are familiar with the nights where you sit around in a circle with your best pals and pass your phones off to the weirdest friend in the group and let them go wild. If I learned anything during my time on Tinder it was that men were a lot more interested in the crazy things we had to say – and also, I’m that weird friend.

It was the perfect setup because everyone on the app had a mutual understanding of why we were here – to flirt with people and say ridiculous things without embarrassment or consequence. It was all fun and games until it wasn’t anymore.

Like all good things, Tinder soon lost its novelty and we quickly became irritable zombies swiping through out of boredom and convenience more than anything else.

It was during this time that a darker side of Tinder reared it’s ugly head. Basically, all hope was lost. Even though I was never looking for anything serious, I started to seriously doubt mankind. Between dodging unsolicited dick-picks and once being called ‘nothing more than a Tinder 5’, I was fed up.

After three short months it was time to quit Tinder. To this day, almost every woman I know has deleted this app at least twice because of creepy conversations with an endless amount of weirdo’s.

Same fish holding picture, different white guy who will probably send you unwanted sexual content until you snap and he lashes out with a hurtful and aggressive insult. It’s hard to see why anyone would subject himself or herself to this kind of “game”.

And yet, after a few weeks had passed I re-downloaded the app with a new mindset. This was supposed to be for fun and I was determined not to let a couple of ass holes ruin this fun for me.

Looking back, I think Tinder was a way that I could get attention without really having to put myself out there. And even though sometimes that attention was really negative, that risk was worth it for me. This isn’t something I necessarily feel proud of which probably plays a part in my feelings towards the app today.

So, it was round two with Tinder and things were going pretty okay. People were being fairly pleasant and I was a lot better at identifying jerks and weeding them out of my matches.

The conversations with random strangers were becoming shorter and less enticing when one day, everything changed. Someone I had been talking to for a while but was never overly interested in called me out on my shit. He said something like, ‘just out of curiosity, do you have any interest in asking me questions about myself?’

I was floored. I was not expecting this kind of boldness from the guy who had spent the last week asking me about school and my favourite hobbies. I found his honesty hilarious and although I was a little embarrassed I found he was completely justified in his question. I went back through our conversation and saw that I was putting in very little effort. Often times I would just answer his questions and move on with my life. Then he’d send me another question and I would answer. I never felt compelled to ask him anything in return. Reading back I felt like a complete jerk but instantly became more interested in him. I apologized and blamed my lack of interest on being busy and quickly assured him I was interested. To this he responded, “Perfect. Because I’ve always wanted to try archery.” Three years later and I don’t think Adam has ever even held a bow and arrow.

The beginning of our relationship was in no way something out of a romantic comedy, and yet, I have so much pride when I look at he life we have built together.

I met my first love on a dumb app with a horrible reputation, but I wouldn’t change a single day spent with him. To me, there is nothing embarrassing or ridiculous about that.