Exploring the causes of police assault 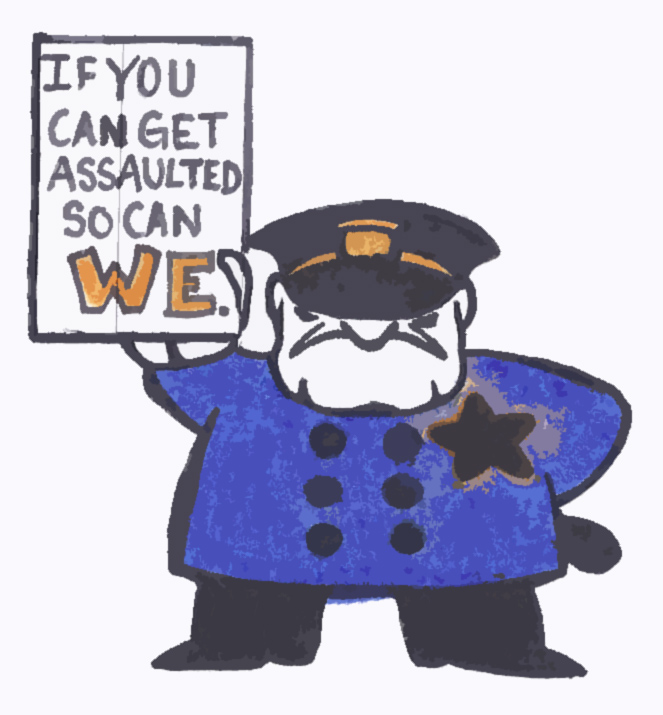 As I was surfing the internet late one evening, I stumbled upon an interesting article. I found this article on the CTV News webpage called “Caught on cam: Teens charged with assaulting Brampton police officer”. It got me thinking about why police officers may get assaulted. What is the reason behind such actions?  Is police assault caused by negative conceptions? Or by the police officers themselves? Or previous negative experiences with police officers? Perhaps a mixture of both?

On Feb. 18, two female teens in Brampton were apprehended and charged with causing a violent confrontation with a police officer. The confrontation happened around 12:30 p.m. outside of St. Marguerite D’ Youville School. The one teen was said to be fifteen-years-old, and the other sixteen-years-old.

The sixteen-year-old teen was charged with trespassing, assaulting a police officerand escaping lawful custody. The fifteen-year-old girl was charged with assaulting a police officer, assisting and escaping lawful custody, obstructing and trespassing. Under the Youth Criminal Justice Act their identities will be protected. The two teens will be appearing in court on March 17.

I found this article interesting because it was a simple case where teenagers trespassed on school property, a school that they didn’t even attend. Wouldn’t the officer let them go after a warning, if it was the first time they had trespassed? In the worst case, the police could have informed their parents and had them pay the fine, which is about $2,000.

I honestly think the behaviour of the two teenagers was unnecessary. The question is, what’s up with that kind of behavior? Their actions of getting physical with the officer would defiantly complicate the situation, and make it much worse.

These reasons behind, I think our experience with authorities plays a part. Rather we ourselves that have had a negative experience or heard of a close family member’s or friend’snegative experiencecould affect our judgment on authority figures such as police officers. Furthermore, the increase in police misconduct that is being represented in the media shows another side to the story. There are also many examples of this flip side.

One of which examples a man was left partially paralyzed in Alabama for a police officer’s “excessive force” as caught on video, reported by the National Post.This specific officer is said to be in the midst of getting fired, and faces trial in April 29.

Edmonton’s police are noted to owe the public far better in another National Post article. The suspect, George Petropolous was accused of striking his mother and was beaten by an officer on the way to the police station. The officer is faced with a one-year demotion and a penalty of $15,000.

As aforementioned, we see these negative conceptions of police officers in our daily life, in the movies and on TV. Though it shouldn’t, it sometimes does influence our personal opinions of police officers. Just above I give examples of police misconduct that could potentially lead to this negative association or perception that could influence our thoughts on people of authority like police officers. Articles and reports like those have the power to reinforce those negative perceptions. We need to understand the power that reporters, news stations, movies, family members and friends have and how it defines and supports those negative perceptions that we hold.