Elections: It Takes Three to Tango 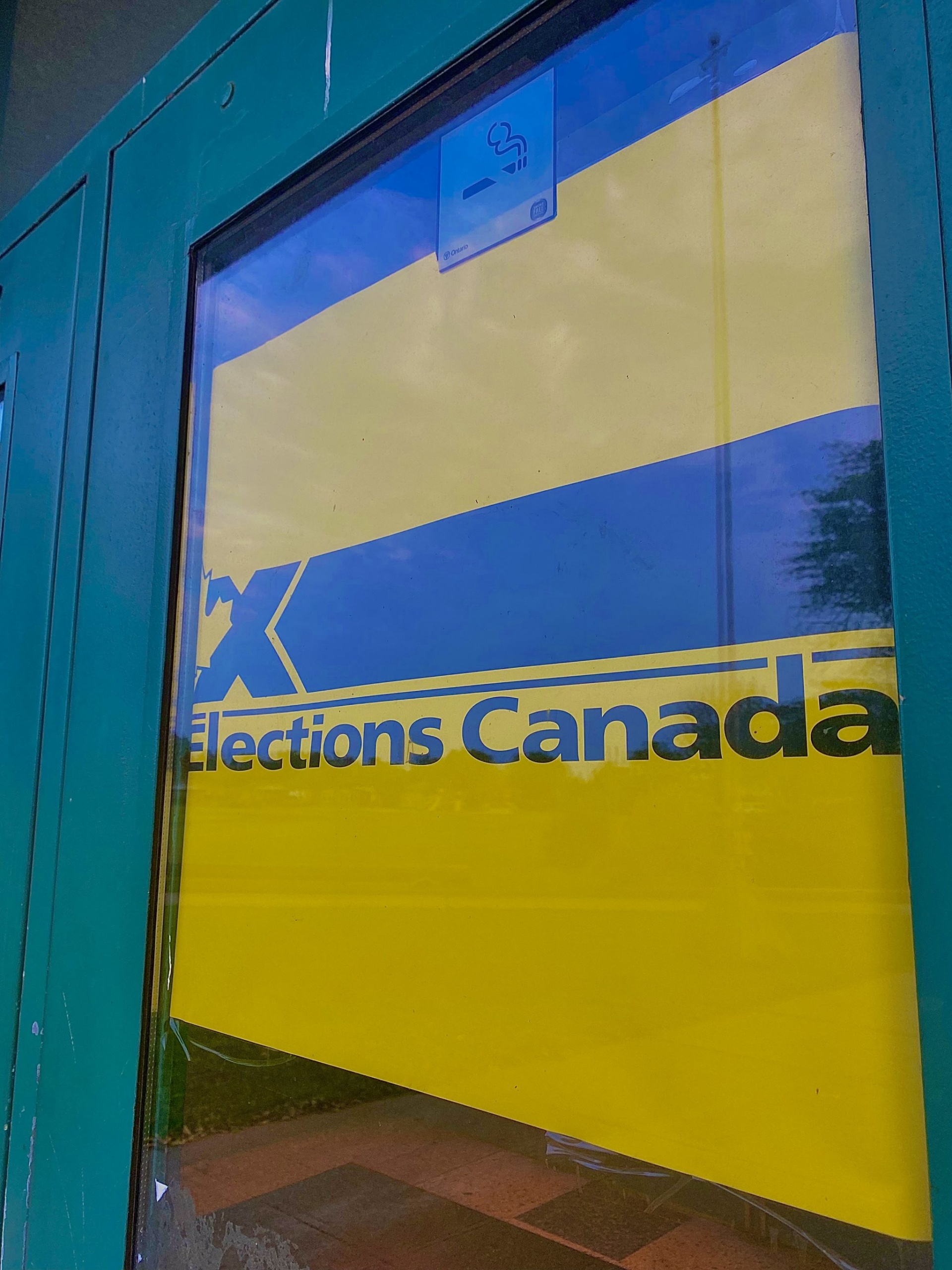 As September 20 draws near, students at Wilfrid Laurier University prepare to vote in the federal election.

Elections in previous years have been a race between the Liberal and Conservative parties, but Laurier  Brantford students reflect a third competitor surfacing.

“Young people want change,” said Megan Buccioni, a fourth year youth and children studies major.  “We are a generation that does not benefit from the current system and we want better for ourselves and the future.”

In the survey of 40 Laurier students, 77.5% stated they were thinking of voting for the NDP.  10% went to Liberal, 7.5% to Conservative, and 2.5% for Green and PPC respectively. Although most students in this survey shared that they will vote or have voted NDP, the majority believe the Liberal party will win. 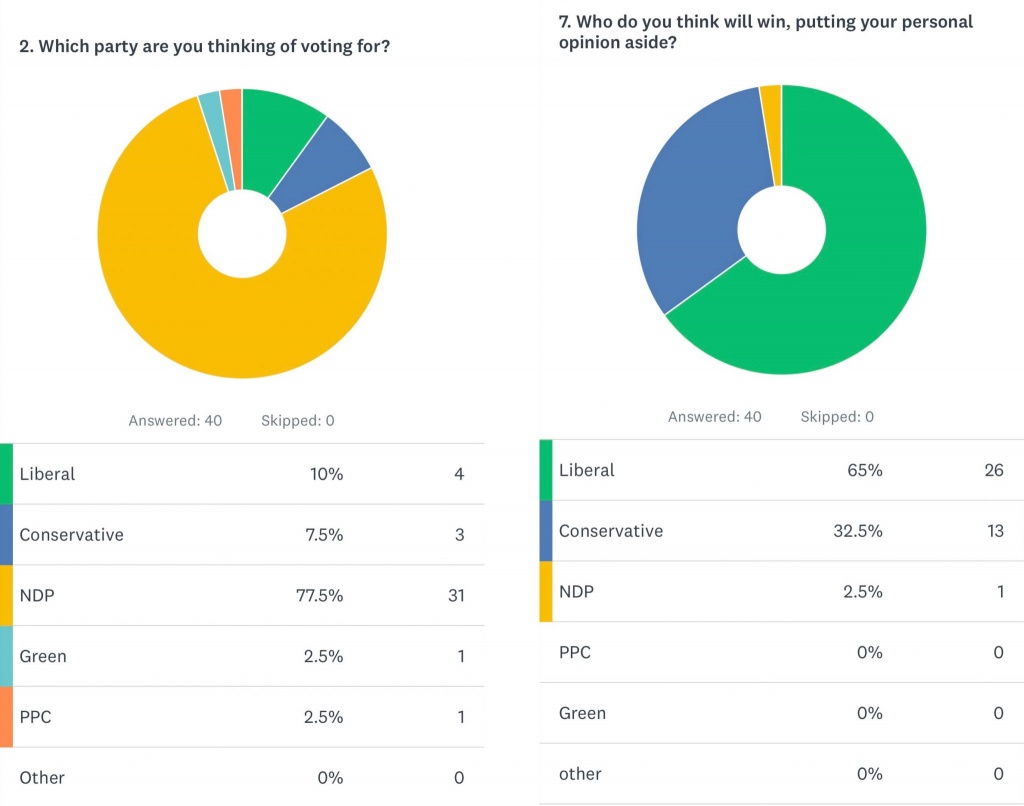 Results from The Sputnik's election survey

“A lot of people believe that voting NDP or Green Party is a waste of a vote because they could  never win; I don't think anything is a waste of a vote,” said Buccioni, “Maybe if everyone who felt that way voted the way they wanted, we could see some real change.”

Adrienne Roberts, the Brantford-Brant candidate for the NDP remains hopeful for her party.

“Until the day of, we can make as many predictions as we want. We’ve seen surprises happen. Until that box is open, we don’t know what’s going to happen and voters will decide,” said Roberts.

Sebastian Lopacinski, a fourth year law and society student, has high hopes for the future, and urges students to vote for who they truly want and not to compromise their desires to fulfill strategic voting.

“I think the youth in Canada are optimistic about what can be achieved and are not afraid to  vote for progressive ideas like those of the NDP. The youth are looking to challenge injustices  they perceive in their society,” said Lopacinski.

Some students are wary of the use of social media to learn about politicians and think many politicians’ online presences are strategically used to relate to the average Canadian to gain more votes.

“I think social media is a very powerful tool and at the same time is greatly misunderstood … I  think a major problem with social media is that politicians treat it like traditional advertising, or  for humanizing themselves and showing off how much like ‘us’ they are,” said Lopacinski.

Alison Macdonald, the Brantford-Brant candidate for the Liberal party believes young voters do  not take social media posts into account as much as commonly believed when casting a vote. Macdonald  believes young voters want to be informed and learn about political parties through independent and self taught platforms, rather than falling for the façade social media accounts  may create.

Macdonald is confident in her campaign, believing many young voters will continue to support  the Liberal party, as they have in the past.

“I think the Liberals are putting forward the most inclusive, progressive, climate conscious  agenda of any party,” said Macdonald.  “I think it also is growing our economy, and neither the NDP or the Conservatives can deliver in these areas to the same extent the Liberal government has and will continue to do so.”

Both Roberts and Macdonald agreed all three parties care about their communities and are  committed to helping Canadians, but they fundamentally show this care in different ways, as  their respective platforms state.

Laurier Brantford students are actively changing a historic two-party race and are pushing a  third party into the mix for a chance to create an even more riveting race.