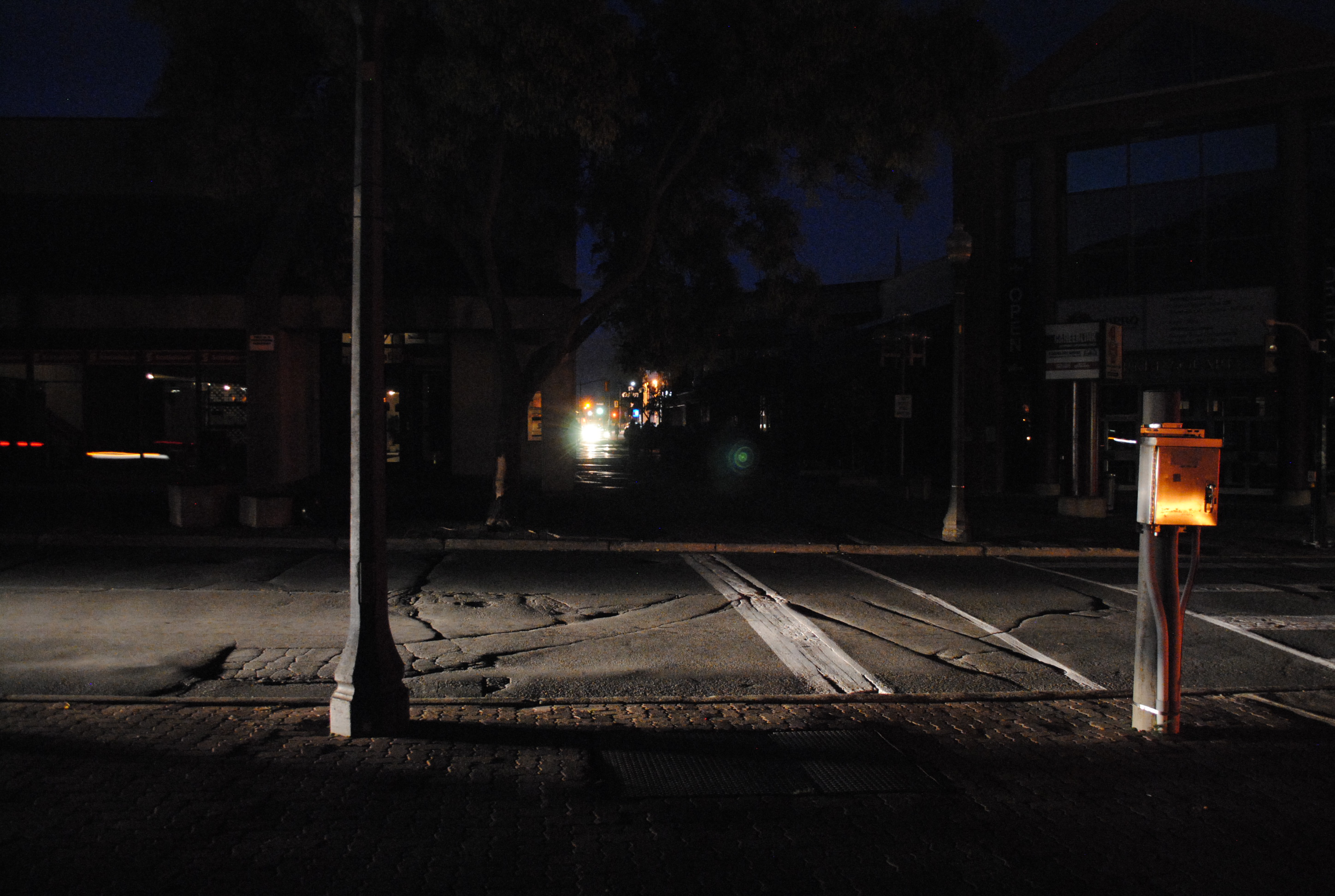 On October 22 at approximately 6:45 p.m., most of downtown Brantford experienced a power outage. All classes and exams came to a screeching halt, and campus foyers and hallways were packed with disoriented students, not knowing whether to take off or sit in a darkened classroom.

Colborne Street was pitch black, with the only light coming from the distant intersection of Market and Dalhousie, and from the headlights of passing cars. The traffic lights were out and Special Constable Dan Wilson said, “If everybody treats this as a four-way stop, it will be alright. In this case, it’s only one way.” Unfortunately, many cars didn’t treat the downed lights at Market Square and Colborne St. intersection as a stop sign, and many students risked getting hit by motor vehicles while crossing the street .

The reason behind the power outage is still unknown and Brantford Hydro was unaware of the situation until they were contacted by Laurier Brantford’s Special Constables. Special Const. Wilson suggested that students should “stay in [their] rooms for now…and if you’re walking, walk in pairs.”

Dr. David Haskell had an extremely optimistic attitude regarding the entire fiasco. When asked how this affects students and professors on campus, he comedically said, “Students are paralyzed by fear, and I’m pretty sure I saw a few of them wet their pants … if these lights don’t come back on soon, there’s going to be a river of urine and none of us are going to survive.”

Haskell continued to be a good sport, and instead of stressing about the inability to use his basement classroom, he gave a short lecture in the Grand River Hall. While students were thrilled with Haskell’s animated enthusiasm, they were undoubtedly elated to be dodging a three-hour lecture.

Fortunately, Brantford Hydro alluded to the outage being short-term, and suggested that there were no major problems to be worried about.

Click here for more photos of downtown Brantford during the blackout!