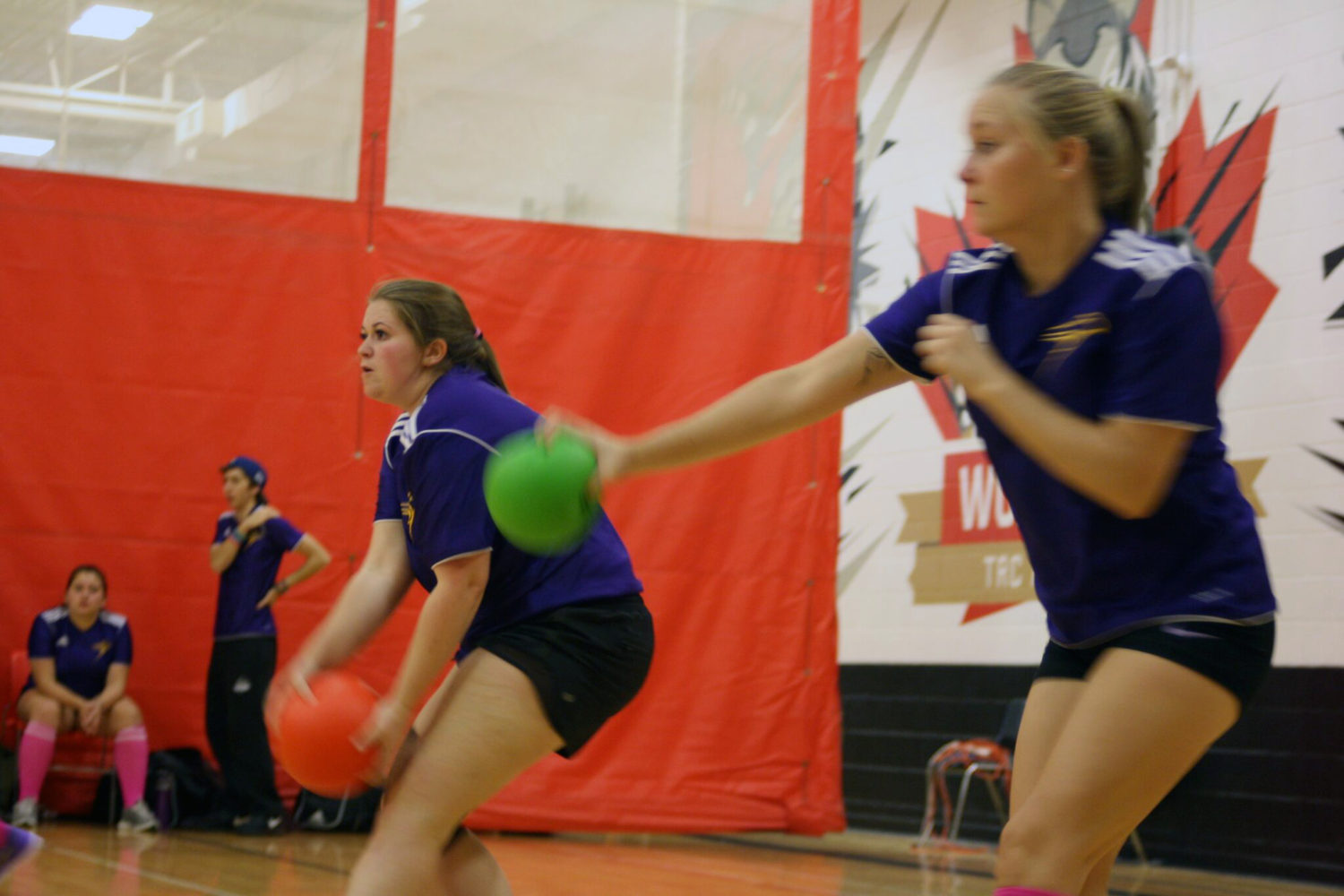 Laurier Brantford’s extramural dodgeball team played in their first tournament of their season and struggled finishing the tournament without a win.

After losing their three round robin matches by a combined score of 12-4, Laurier was set to face Humber-Lakeshore in the semi-finals. Laurier was swept 5-0 to be eliminated from their home tournament.

Co-Captain Matthew Pollak thanked the crowd for the support, “It’s nice to have the support as the home team didn’t feel like we were playing at home last year because we didn’t have anyone, this year we did.”

Although they didn’t win the game against Humber-Lakeshore, Laurier kept fighting until the end. Fourth year Adam Paesano appeared to tie the first game in the final seconds. After getting someone out to leave two players on each team he was quickly hit as time expired to give Humber-Lakeshore the early lead.

Down 2-0 heading into the third game the Golden hawks appeared to be in trouble down to three players to the six remaining for their opponents. After a fury of hits for Laurier it was down to two each when fourth year Matty Coomber tried to jump to dodge a ball that ended up just clipping his feet. Co-Captain and fifth year Megan Elmhirst made it to the end of the game but Humber-Lakeshore won the game with two players left.

The last two games the Golden Hawks ran out of energy with a quick game ended with Humber-Lakeshore only losing one of their six players. In the final game the final chance for Laurier was Elmhirst again, this time against five players. Elmhirst was eventually hit ending the tournament for the Golden Hawks.

The Golden hawks were looking strong in their final round robin game against Humber-North in which they appeared to be building some momentum. Against Humber-North Laurier fell behind after the first game before tying it with a dominant win in which they only lost one player.  Second year Adam Rizzardo got three hits in one game to help Laurier take the lead. Two straight losses gave Humber-North a 3-2 win leaving Laurier winless after a strong effort.

This was the final tournament for Elmhirst who reflected on her experience, “The team kind of becomes your family and you become really close. I got to become friends with people I wouldn’t have without the team. Also, got to know people from other schools because dodgeball is a little community.”

Humber-Lakeshore won the final in a close match beating Humber-North 5-4 to end the tournament.