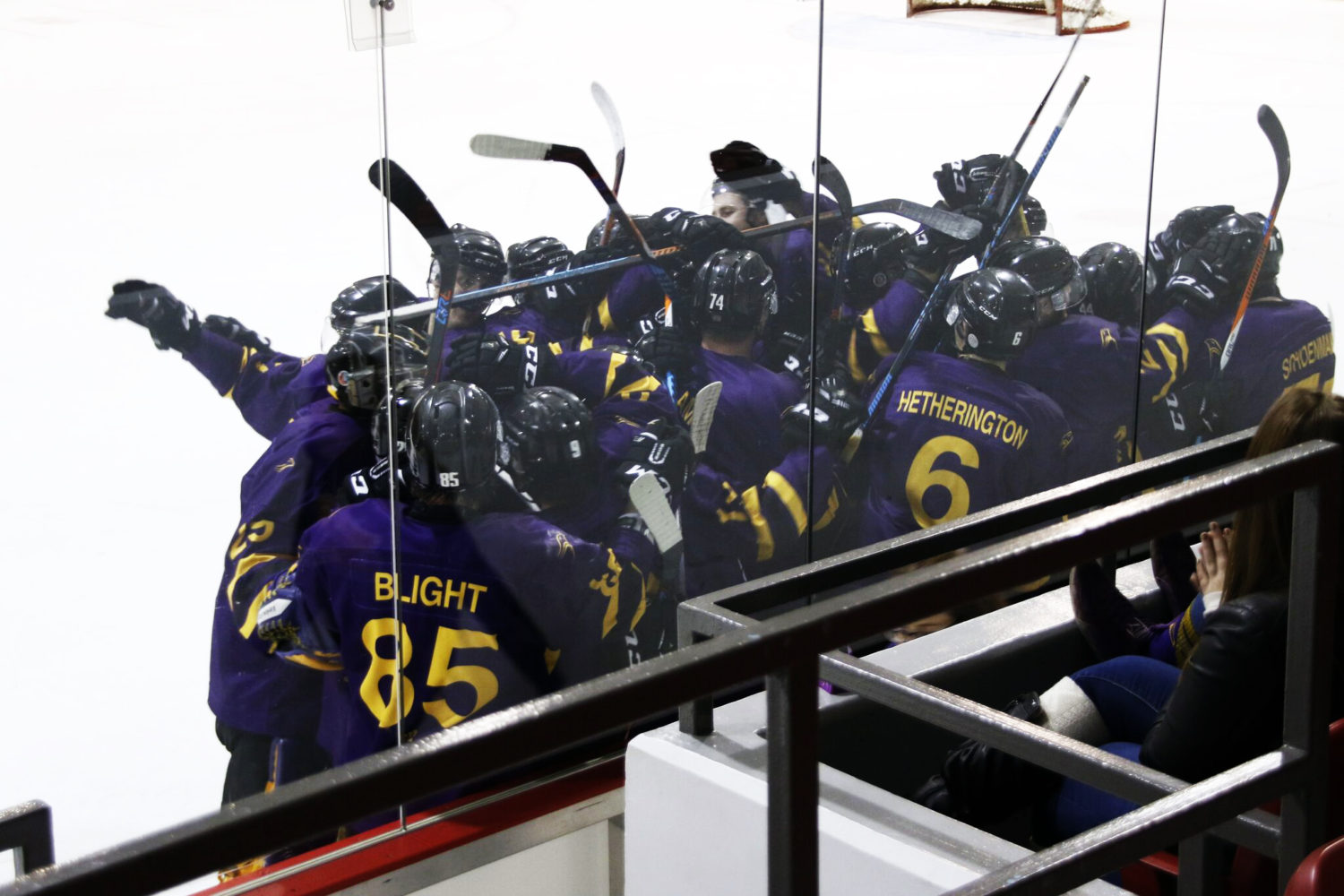 Laurier’s constant pressure eventually lead to a few goals as they won in overtime over Waterloo after trailing 2-0.

A goal from senior Derek Schoenmakers off a pass from freshman Danny Hanlon gave Laurier the win two minutes into overtime. The shot was the 41st of the game for the Golden hawks who were the more aggressive team throughout the game.

Schoenmakers said on the atmosphere for the game, “All the guys look forward to it a lot, one of the game’s we mark down on our calendar, always a good crowd here. Everyone was awesome tonight it was really loud, it was fantastic and we all really enjoyed it.”

After a scoreless first Waterloo scored two goals in the second period to take the lead. After only getting four shots in the first period Waterloo found themselves on the power-play after freshman Brandon Robinson was called for tripping. A nice cross ice pass from Mike Moffat allowed Stephen Silas to score an easy goal.

Golden Hawks goalie Chris Festarini was making his second start of the year after taking last year off. Festarini couldn’t find the loose puck in a scramble before Waterloo’s Zac Coulter scored to give the Warriors a 2-0 lead midway through the second.

A goal with only nine seconds left in the period by senior Luke Hietkamp brought Laurier within only one after he scored on his own rebound. Laurier kept pushing throughout the third and tied the game with under four minutes left. Junior Erik Pushka scored on a one timer off a pass from the team’s captain senior Kyle Morrison.

In overtime Hanlon continued his strong freshman season when he set up Schoenmakers. The two are leading the team with six points each. Hanlon and Schoenmakers appear to have developed a nice chemistry early in the season and will be leading the Laurier offence this season.

Brantford native Andrew Fritsch is playing his first season after previously playing in the OHL. Fritsch is tied for third on the team in points with five through seven games. Fritsch talked about playing at home, “Haven’t played in this rink in seven years so playing here where I grew up and played minor midget was pretty special […] playing close to home was nice.”

Hanlon is another new face and he discussed the adjustments he’s had to make to start his Laurier career, “Coming from junior these guys are a lot older, a lot quicker and a lot smarter, so just adjusting to the speed of every aspect of the game.”