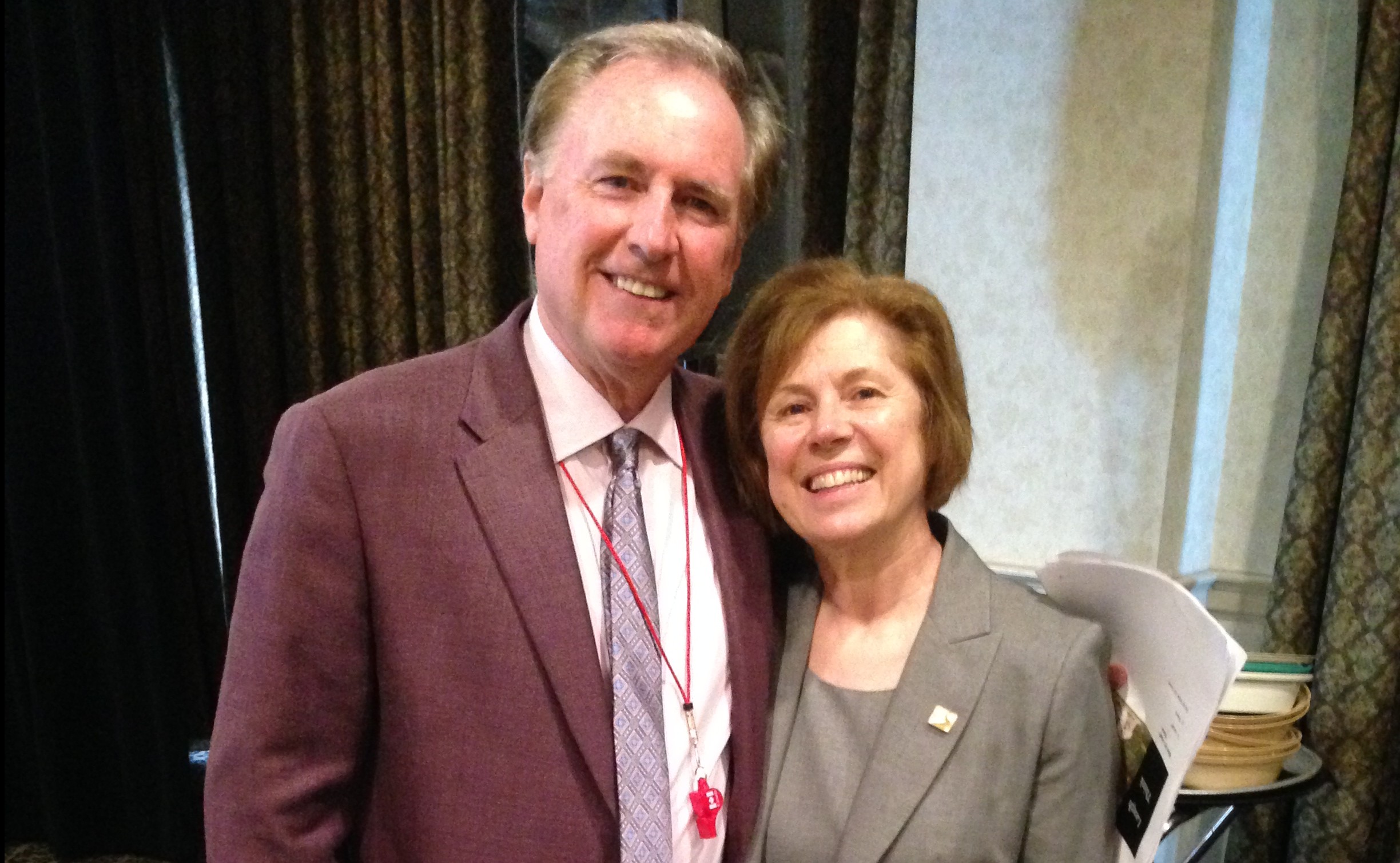 The breakfast was lead by an introduction by Neil Lumsden, a former CFL player and Grey Cup champion, about the guest speaker, Ron Foxcroft. Lumsden was quick to rip up the formal bio on Foxcroft to give a heartfelt introduction that didn’t require a sheet of paper and reading glasses.

Lumsden comically stated, “Really people, it’s a whistle. And a truck. A whistle and a truck. It’s not the pet rock, it’s not a Slinky.” He then continued on a more serious note, “Let’s be real here…this whistle has done a lot. It has saved lives…and it has changed sports for the better.”

After Lumsden’s artless introduction, Ron Foxcroft, the inventor of the Fox 40 whistle, CEO and Chairman of Fluke Transport, and the National Collegiate Athletic Association’s only Canadian referee commandeered the breakfast with a lively and comedic presentation about success and leadership.

Foxcroft stated, “The real reason I became an entrepreneur is roast beef.” The audience laughed at this seemingly blasé comment. He continued, “ I had the two little boys, Steve and Dave… and mom called me and said, ‘Bring Steve and Dave out for Sunday roast beef dinner’ and I said, ‘Mom, I can’t. I’ve only got enough gas money to get me to work Monday morning.’ I deprived my kids of a Sunday roast beef dinner…and at that point in time I said ‘that’s never going to happen again’.”

After a heartwarming rags to riches story, telling the vast audience of his decision to purchase Fluke Transportation, muffing up two important Olympic calls due to a jammed whistle, and thus the urgency to create a better one, Foxcroft left the sea of community leaders with some food for thought. “…you don’t have to be the smartest guy in the neighbourhood, you just have to be the hardest working guy in the neighbourhood.”

Foxcroft ended his talk with five essential lessons for successful business practice: teamwork, leadership and communication, making the tough calls, quality customer service and practicing saying ‘thank you’. These lessons were not ripped off from some business book, but have been developed and practiced through Foxcroft’s years of business experimentation and growth.

Since then, the foundation has grown to include a large number of donors, whose permanent donations are put in a fund to accrue interest. Executive Director Joanne Lewis states that the Brant Community Foundation is, “A charity for charities.” She states, “We pool donations from a variety of donors…we keep those donations forever, we invest them, and then we take the interest—the investment earnings, and then we give it back to the community in the form of grants.”

The Brant Community Foundation is currently managing the Blacker Fund, which has been in place in 1926. Robert Blacker put $125,000 into a trust nearly a century ago, and the investment earnings are at approximately $20,000 per annum. Each year, the grants grow as the investment earns interest, and Lewis states that this example shows what an investment can do in the long run.

The Brant Community Foundation can be described in terms of banking, states Lewis. “Other charities are like a chequing account. The money goes in and they spend it on their programs that year. We’re like the savings account…we’re there for the long term planning.”

Lewis suggests that people who are considering giving donations to a charity should also consider donating to the Brant Community Foundation. Not only will the charity of choice receive the investment earnings for life, but the donation also has the potential to surpass its original value and allows donors the opportunity to leave a legacy while giving back to the community.