Clowns are now creeping around towns 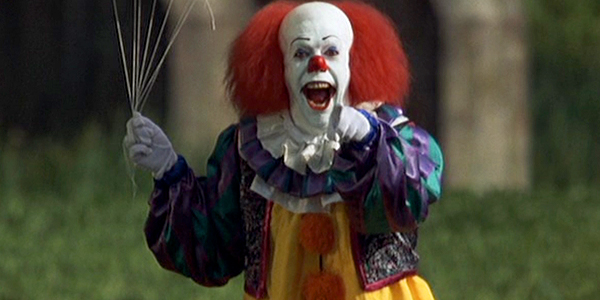 ‘Creepy’ clown sightings have been making headlines in the U.S. and Canada, but some people would suggest that they are not as ‘creepy’ as everyone thinks.

Benjamin Radford, a member of the American Folklore Society, deputy editor of Skeptical Inquirer Science magazine, and author of several books including Bad Clowns, explained that these clown sightings are nothing new and in fact have happened before.

“The current clown scare is actually only the most recent. There have been several throughout history and in recent years. In fact some of these clown scares date back to the 1980s,” said Radford.

The clowns are not considered to be harmful, as most of the scares are pranks. There have been stories of clowns harming people, though most are believed to be hoaxes and rumors.

Radford believes one of the main reasons this phenomenon is growing is because of the use and accessibility of social media.

“People are sharing these scary clown stories and photographs on Instagram, Facebook, Twitter, and elsewhere. It’s a ready-made viral meme. It’s perfect for going around the world in minutes. You have a story that’s both scary and funny, horrific and humorous all rolled into one. Who can resist a scary clown photograph?” said Radford. “All you need is one high profile scary clown video or photo to go viral, and the copycats, by definition, will be of clowns.”

Some say that the videos and photographs floating around social media are making people believe that everyone else is scared of the clowns, so they should be too. Radford explains that this is not the case.

“Even though this is being shared widely on social media, it doesn’t necessarily mean that everybody who forwards or likes it endorses it. Just because a given scary clown photo has been seen 1.2 million times, doesn’t necessarily mean that 1.2 million people actually think a clown is going to kill somebody, it just means they are having fun with it and sharing it,” said Radford.

An additional way social media is grabbing hold of this phenomenon is through false threats and rumors. Schools may get empty threats from a person dressed as a clown, but they will take it seriously.

“Schools and police will always err on the side of caution. If there’s any plausible chance that someone might actually do something, of course, they are going to lock down the school and call the police. It doesn’t mean the threat is eminent or plausible, it just means they are better safe than sorry,” said Radford.

These actions are what scare people into thinking there is a real threat when really the schools are just being proactive. “Especially in today’s environment, that’s taken seriously. In a post-Columbine and Newtown era, threats against [a] school, no matter how absurd or ridiculous, whether they are made by clowns or teenagers or anybody else, are going to be taken seriously,” said Radford.

The original sighting was in Greenville, South Carolina, though there seem to have been fewer since then. “We have not received [any] reports in over a month,” said Master Deputy Ryan Flood, Public Information Officer for the Greenville County Sheriff’s Office.

Many people have thought that this sudden rise in clown sightings had something to do with the upcoming remake of Stephen King’s It. Radford thinks differently. “I don’t think it’s a publicity stunt. It’s not good publicity,” referring to the worried people that see and hear about these clowns.

The fear of clowns is known as Coulrophobia. This particular phobia is rare, although many feel it is common. People usually feel uneasy around clowns as opposed to altogether scared, according to Radford. Being uneasy or uncomfortable around clowns usually comes from a bad experience as a child such as watching a scary clown movie. Very few people grow into a fear of clowns.

The scare with the current clown phenomenon has to do with people not knowing who is behind the mask.

“You have an adult who is dressed as a clown, wearing a mask, who is wandering around, outside of the context in which we usually encounter clowns,” said Radford. “The clown is the ultimate stranger danger.”

Children see clowns as silly, happy beings at birthday parties, but adults see them as an unidentified individual.

“The mask provides anonymity. And therefore a lack of accountability. If you know who the person is or you can identify them, then you can hold them accountable for their actions,” said Radford.

As Halloween approaches, some people may be getting nervous about others dressing up as clowns. Radford said that people shouldn’t worry, as these clowns are not harming anyone. The whole experience will die down soon and just be the “clown scare of 2016.”

“Children are in far greater danger on Halloween of being hit by a car crossing the street in costume then being attacked by some crazy person in a clown costume,” said Radford. “The research is very clear. The average child is in far greater danger of being killed or molested or harmed in any way by their parents or their caregiver, somebody they know, then somebody on the street.”

Other police departments contacted didn’t have anything to say on the topic.