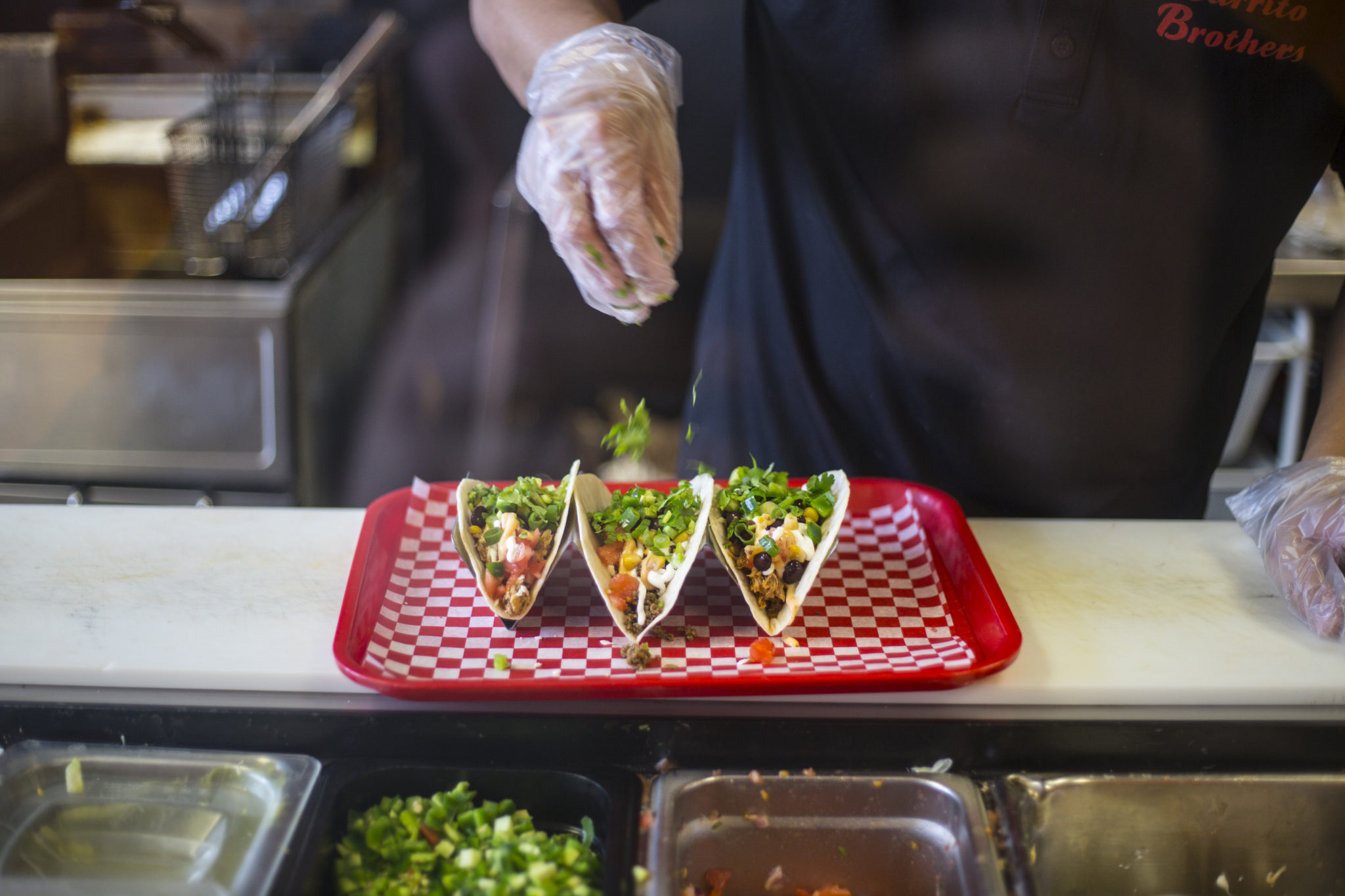 Brantford’s downtown is home to a wide variety of shops and small businesses. These businesses define Brantford, but what defines the businesses? This is the inspiration behind “Clerks”; getting to know those who know us so well. From our shoe size to our favourite item on the menu, these business owners make us feel more like family than customers. With that being said, let us shine the spotlight on Van Quatch, owner of Burrito Brothers.

How long has Burrito Brothers been in Brantford?

Burrito Brothers has been here coming up on five years; September was our fourth year.

What changes have you seen in Brantford since you’ve opened?

I’ve seen this area become more dense. When I first started, there was nothing on my block, pretty much the taxi cabs and us. More people are willing to come down to this area now, or to try to bring their business into the downtown core, instead of having it in another part of the city.

What made you want to open up a Mexican restaurant?

One reason is the university; there was a lack of variety of food out here. There were burgers, fries, unhealthy kinds of stuff. So we just wanted to introduce something that was fresh, quick and reasonably priced. And we were the first ones to do it in town, Brantford didn’t have a burrito shop. So we thought, ‘why not introduce it to the city?”

What the most difficult thing about running a restaurant that people wouldn’t expect?

The most difficult thing is time. It takes a lot of time to grow the business, especially if you’re introducing something new. It’s hard to get yourself out there and it’s hard to get people to try it. They could walk by here hundreds of times and they won’t walk in because it’s something they are unfamiliar with. It takes a lot of time to grow and you’ve got to put in a lot of hours in the restaurant business. We’re open from 11 a.m. to 9 p.m., but then we have guys here at 9 a.m. prepping everything, then you’ve got to stay after. There’s a lot of time involved.

What deals, if any, do you have for students?

We don’t have any deals right now, but we’re working on a few things to pull people in on our slower days. We might do a taco Tuesday, but right now I’m very busy. I’m having my second kid in April and I live all the way in Stoney Creek so it’s time right now. In the future we want to get on the Laurier OneCard. We also had a couple of coupons in the student agenda.

What’s the secret to a really good burrito?

It’s the fresh ingredients. That’s the one thing with Mexican cuisines; they use very fresh ingredients. You can’t use things that are in cans. I know a lot of places do, because if they’re really busy and it takes a long time to prep they’re going to start using the canned goods instead of doing it all fresh. That’s why we like to do everything fresh. Our pineapple’s all fresh, everything’s fresh. I think that’s the biggest thing, because people taste it. You can’t use cheap products either.

You’ve got some pretty unique toppings for customers to choose from, where do you get your ingredients?

There’s a supplier that I use for my tortillas and Mexican ingredients, but there’s National Grocers Cash & Carry, and I’ll go to FreshCo too. But the things is, I like to shop around. I like to get the best.

Where do you get ideas for new menu items?

Through the internet, the Food Network, stuff like that. There’s tons of stuff on YouTube. Taco trucks are a huge thing in L.A. so I’ve been thinking about taking a trip out there to check it out. It’s pretty different, lots of cool creative stuff.

Who’s one of your favourite chefs to watch on the Food Network or Youtube?

Chuck Hughes, he’s a chef from Montreal who has his own show. He came to Brantford to do a food show and he did a couple of really cool episodes where he was in different parts of Mexico. He explored how they did the sauces and the meats. He’s really good to watch.

Why no hardshell tacos on the menu?

We only do softshell tacos here but I think I’m going to work on the menu a bit this summer and we might do the hardshell. We have the [equipment] for it, it’s just with the hardshell, when we fry it fresh, it falls apart really easily at the bottom. I didn’t want people complaining because they took it home and it cracked in half. That was the biggest factor as to why we didn’t carry it; it would defeat the purpose. But, a lot of people have been asking me and I know that kids like the hardshell, so I think I might put it on to see how the feedback is. I want to add a few more things onto the menu too.

What other possible menu items have you been thinking of adding?

I kind of want to do a variety of fries, like a Fries Supreme, but I’d want to do a vegetarian one too. Everybody loves fries and poutine is really big right now. I don’t have to do poutine, but have four or five varieties to choose from. I think that would attract a younger crowd.

What’s the spiciest hot sauce that you have available?

We have the super hot, which we make in house. It’s habanero based; so we roast the habaneros and garlic onion and season it. It’s the hottest one we have, and it’s pretty hot. I think the habanero’s one of the top five hottest peppers, so it’s pretty hot. I have a lot of people that come in here that are like, ‘Oh, I can handle hot.’ Then they try it and the next thing you know, they’re sweating and tearing up a little bit. It’s really concentrated, it’s not really watered down so it’s pretty much all pepper.

Where do you see Burrito Brothers in 10 years?

I hope it becomes a household name. Brantford’s a small city, so in 10 years I hope all of Brantford knows. Brantford is separated into sections of the city: you’ve got the north end, downtown, west end and east end. People usually stay in their area, especially the north end. I find that being downtown, there’s not a lot to pull people down here. I’ve heard that a lot of people from the north end will come down once every two or three years, that’s why they don’t discover places like [Burrito Brothers]. The YMCA being built will pull a lot of people from other parts of the city down and that will get me out there. Hopefully it becomes a household name, something that the whole city knows.