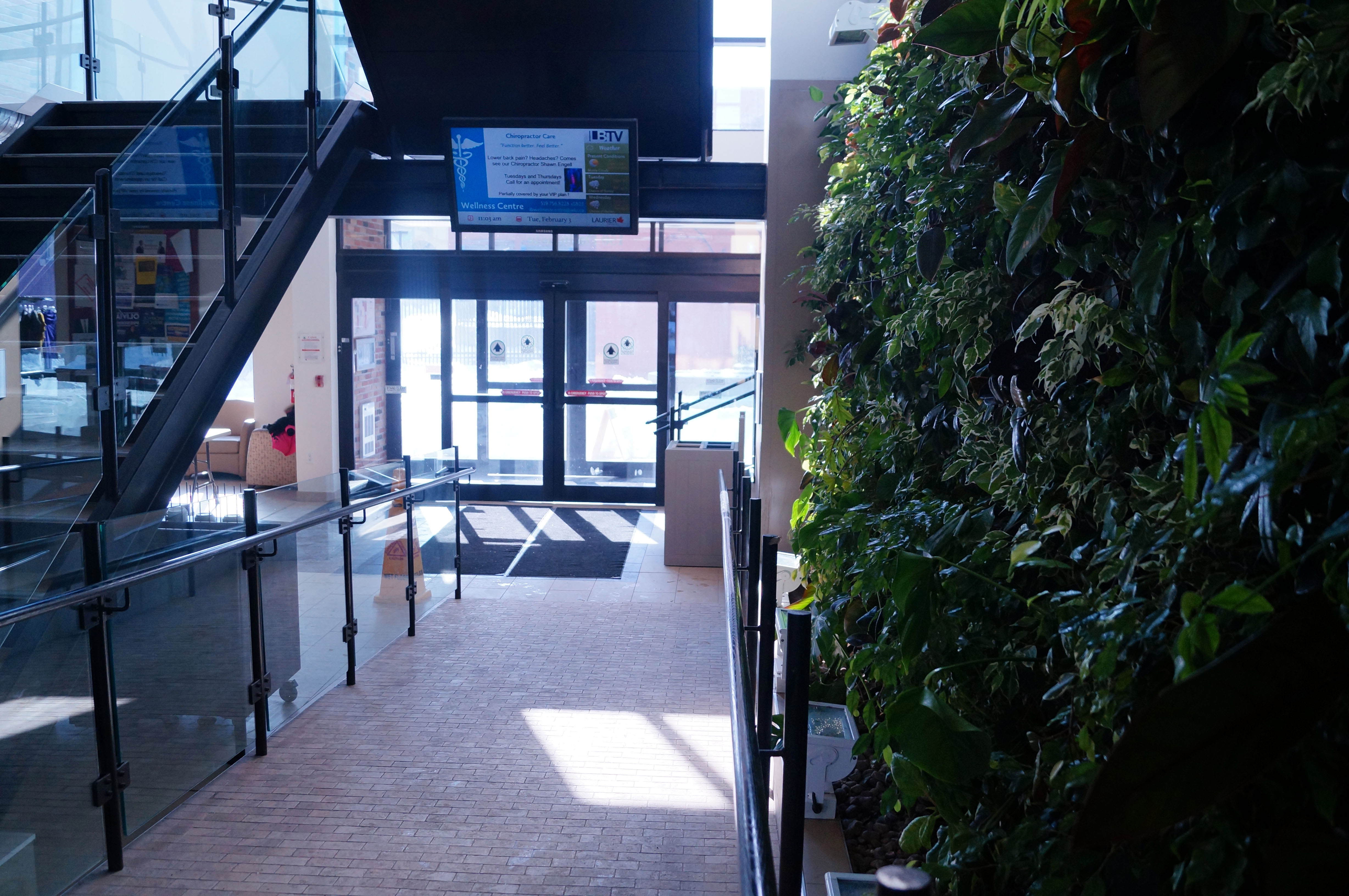 Have you noticed the compost and recycling bins spread across campus?

According to Laurier Brantford’s 2014 Green Guide, the university introduced an organics program where compostables and green bins can be found in the RAC building and Students’ Union.

As Laurier tries to reduce its carbon footprint, people outside of the university are hard at work doing the same for Brantford.

Ken Burns, a member of the Green Party of Ontario and the vice-chair of Brantford’s Environmental Policy Advisory Committee, said the city is home to a lot of local heroes who contribute to the green initiatives.

Burns said the redevelopments seen in the past few years have built a stronger community and improved the vibrancy of the downtown.

“Brownfields in our community being redeveloped like the Greenwich Mohawk [site] being one of the largest initiatives that is taking place,” Burns said. “We have increased economic activity, better urban intensification of our city [and] better use of our land.”

Tracey Bucci, a Laurier alumna, runs the Grand River Environmental Group that focuses on cleaning up natural areas in Brantford. In collaboration with Roger Chandler of Blue Heron Rafting, the group has cleaned up truckloads of garbage dumped in Mohawk Lake and the Grand River.

While Brantford may be home to different environmental groups, Bucci said the Grand River Environmental Group is the most consistent when it comes to cleanups.

Burns said Laurier Brantford has been a significant actor in the community and in improving and building the sustainability of Brantford.

“Laurier now has a sustainability office and officer and it’s really grown and continues to grow,” Burns said. “The RAC building is an incredibly beautiful building and I think everybody who goes into it experiences the difference that a [Leadership in Energy and Environmental Design] certified building presents … It’s more engaging to be in that building and it’s more conducive to the academic purposes and social purposes.”

The Environmental Policy Advisory Committee and EcoHawks are not currently associated but Burns said he would love to work with the group in the future. “I can say on behalf of the community, we would be open to any initiative they want to do.”

Unlike surrounding cities, Brantford pays attention to the care of its parks which helps the social aspect of sustainability. “Parks are important to a vibrant community and one where people want to get out and about and see each other,” Burns said. “It increases the amount of commerce that we have downtown as well. It increases the economic activity when we have walkable communities where there is shade and places for people to sit.”

Bucci said that while the city is becoming more environmentally friendly, the Grand River Environmental Group returns to the same locations during cleanups. “We have our huge community cleanup every May and the amount of garbage we find is pretty terrible to previous years,” Bucci said. “As far as the ‘don’t litter’ message getting out there, I feel like we have a bit of work to do.”

Burns said he thinks the public responds to the efforts taken by the Committee and local volunteers. He said activities such as the Grand River environmental clean-up see people from all areas of the community assist with initiatives.

The activities planned by the city’s environmental groups are ways to educate the public on the long-term impacts of neglecting the environment.

“That is why we need to do activities like the Environmental Recognition Award to build awareness and capacity within our community, to show what is already happening,” Burns said. “[It also shows] the economic, social and environmental benefits of these various activities to all of our citizens.”