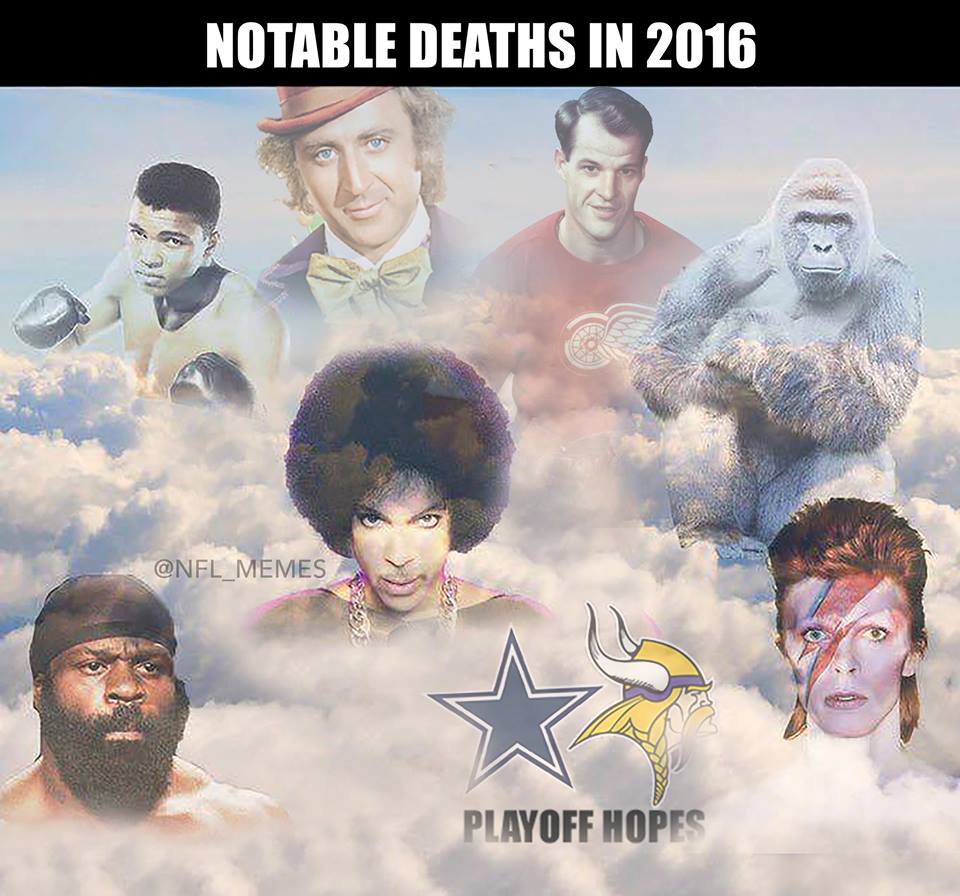 It seems like we go through the same cycle of celebrity mourning every year; aging icons pass away and we all act dumbfounded, like death isn’t some essential of being alive or anything…

It’s as if someone stuck a knife in your heart the moment Bowie died, and hasn’t forgotten to twist it every other week since.

Well, if you have been feeling this way, you are definitely not alone; there are lots of people here on campus just like you.

Which passing celeb had the biggest impact on you in 2016?

Well, Lemmy Kilmister, for sure. [The] guy was a legend; here we have a 69 year old man, still touring the world, still making music, who finds out he has cancer, on his birthday and still goes out there, still finishes the last show he can.

It’s amazing, so many artists drop off a tour for whatever reason, and here we have cancer riddled Lemmy, nearly 70 years old, still playing bass and singing in a heavy metal band.

Do you remember what you were doing when you heard about it?

When I heard he had passed I wasn’t working, it was the weekend, I went and grabbed a bottle, and watched the funeral live on Youtube and got quite plastered

What kind of influence have they had on you in your life?

The influence Lemmy had on me was to [just] go for it. Lemmy never let people tell him, how, or who to be. Lemmy did what he did best, he was himself; a Nazi memorabilia collecting, whiskey swigging, lover of all things fast and heavy.

I’ve never heard of a more distinctive, stand out, rebellious, in your face, get out if you don’t like it enigma of culture. A legendarily ugly man, being overly popular with the ladies, simply because he was cool, and he knew himself.

Which passing celeb had the biggest impact on you in 2016?

I would have to say Gene Wilder.

Do you remember what you were doing when you heard about it?

I was at work and we had the radio on and it was announced that he passed away.

What kind of influence have they had on you in your life?

His movies were always special to me. My dad showed me “Young Frankenstein” and we would always joke about how funny the movie is.

It’s sad to think that future generations probably won’t know of his talent.