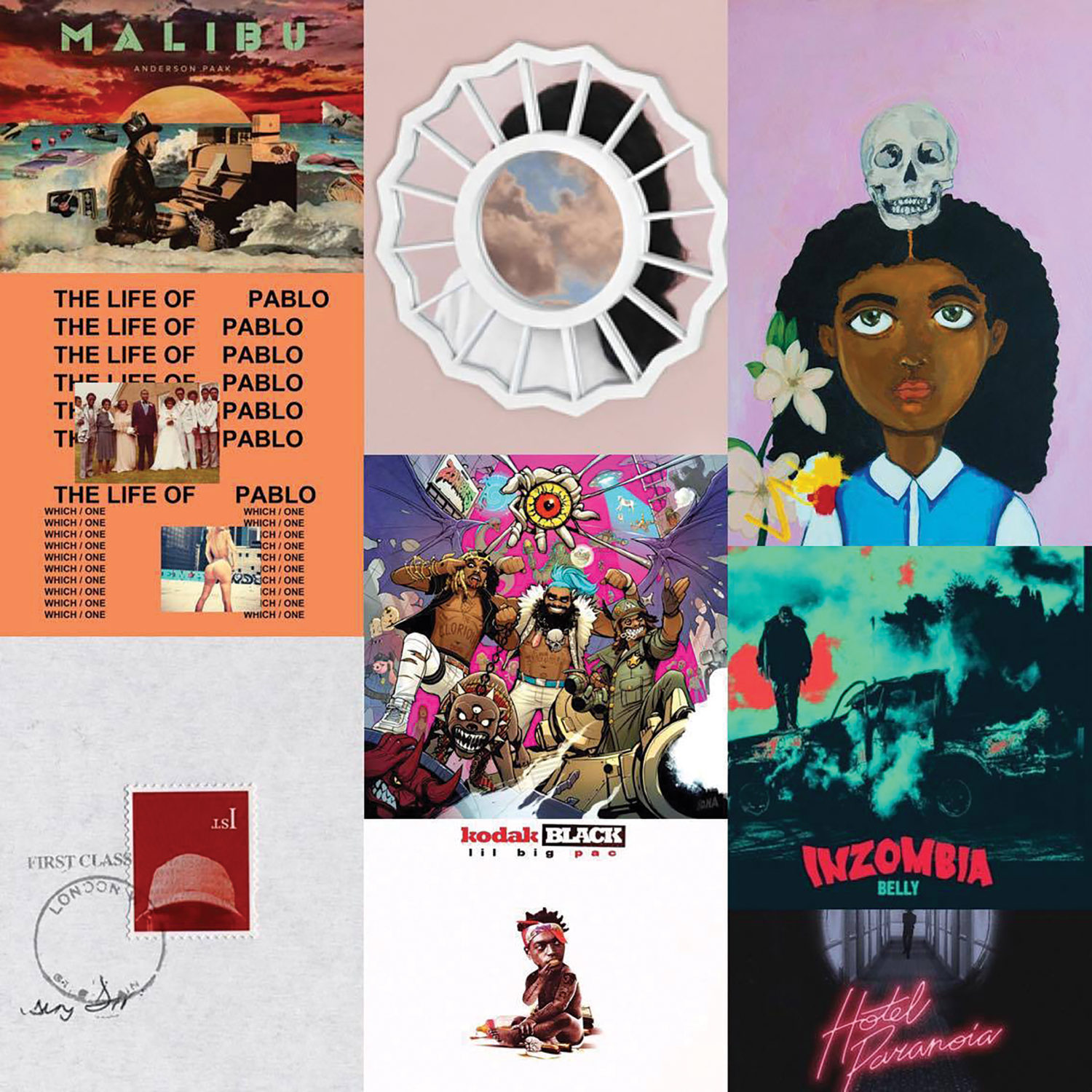 Being as subjective as it is, music is difficult to objectively critique. Everyone has their own preference of genre, style and tempo, among every other aspect of music. However, good music is good music, and deserves to be shared; regardless of if it’s the newest single, album or mixtape.

2016 has yet to end, and it has already seen it’s fair share of rap releases. In this ocean of rap music, it’s become evident that the quality rises to the top, while the remainder sinks to the bottom. That being said, there are a handful of diamonds in the rough of 2016.

February was a heavy month for the rap scene. After switching the name from So Help Me God, to SWISH to WAVES ,Kanye West released his eighth album, The Life of Pablo. TLOP featured heavy hitters such as Kendrick Lamar and Future over a collection of beats that West helped produce himself. Although it is obviously a Kanye album, TLOP feels like a collective album due to all of the featured artists and producers featured on the album. Earlier in February, Toronto’s Jazz Cartier released his sophomore mixtape, Hotel Paranoia. The release was overshadowed by the pre hype of TLOP, however, Cartier’s sharp lyrics shine over Lantz’s executive production. Indonesian rapper Rich Chigga gets the honorable mention for his single, “Dat $tick”, which caught the attention of well known rappers such as Ghost Face Killa.

April was a big month for Toronto, after October’s Very Own Drake released his fourth album, Views. The forever meme worthy Drake was unable to persuade all critics, however, he was able to score 12 non-consecutive weeks at number one on the Billboard 200.

Things started to pick back up in May, with the release of Chance the Rapper’s debut album Coloring Book. Coloring Book is filled with influences of religion and peace, leaving the reader with positive vibes. U.K. grime rapper, Skepta, released his unexpected fourth studio album, Konnichiwa. Skepta’s fast paced flow and British slang go hand in hand with the dark, electronic production.

Despite the fact that he was imprisoned for it’s release, Kodak Black dropped one of the best mixtapes of the year, Lil B.I.G. Pac, in June. With a slow, nasally flow, Kodak added some variety to the rap game this year.

July’s offering is the introspective debut mixtape, Telefone by Noname. The ten track mixtape is sprinkled with jazz, soul and gospel influences, and featured a number of underground Chicago artists. A perfect soundtrack to start off a Sunday morning.

A little over four years after the release of the mixtape Channel Orange, Frank Ocean released his first studio album, Blonde, this past August. Blonde showcases Ocean’s skills as a songwriter and separates him from a majority of the other artists currently out.

As the weather began to cool down, so did the rap releases. Mac Miller released his fourth studio album, The Divine Feminine in September. The album featured themes of loss and love, while giving Miller the perfect platform to showcase his consistently improving vocal skills.

October has been the slowest month of 2016 thus far. However, D.R.A.M. released his debut album, Big Baby D.R.A.M.. The album’s quality was inconsistent, however, it became the home for the summer banger, “Broccoli”.