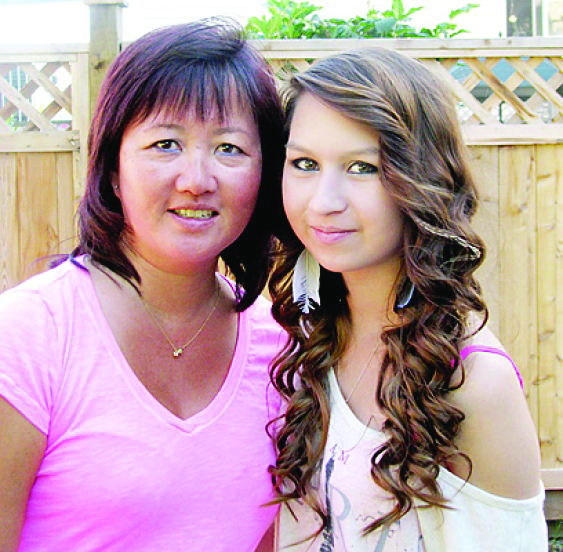 On September 7, 2012, 15-year-old Amanda Todd of Port Coquitlam, British Colombia, posted a video on YouTube. In nine minutes, cue cards are used in silence, set to the music of Jimmy Eat World and Sia, explaining the story of the grade 10 child. The video is titled My story: Struggling, bullying, suicide and self-harm. Near the end, a card reads, “I have nobody, I need someone.” The video went viral, garnering over one million views within a month. Millions read how her story unfolded, and millions understood what she was going through. However, Amanda never received the help she needed.

By October 10, 2012, the trials and tribulations faced by Amanda reached a point she no longer felt she could handle. It was this day that young Amanda Todd committed suicide.

The next day, another video appeared on YouTube. In this video, just under a minute long, Premier of British Colombia Christy Clark sits in her home and sends her condolences to the Todd family. She continues with a message to the nation: “No one deserves to be bullied. No one earns it. No one asks for it. It isn’t a rite of passage. Bullying has to stop.”

While the name and story of Amanda Todd spread around the nation and around the globe, her mother Carol could only ask, “Why?” Why did this have to happen to her daughter? Why did her daughter have to experience the things she did? What made Amanda’s story the one worthy of global attention? What was going through her daughter’s mind to make her think this was the only option left?

During the days of mourning and posing questions to herself, Carol was bombarded with media requests. Days after the suicide of her daughter, Carol spoke out to the Vancouver Sun, telling the story of her daughter as she knew it, and not the way the rumours were discussing. She spoke out about how depression and anxiety led to the final decision of suicide, and how constant bullying led to mental health issues.

Carol has explained how she feels that “Facebook has turned into some people’s personal dairies, sharing how their day was or even what they had for supper.” On her personal account, Carol started sharing her thoughts about what was going on in her life, and to her surprise, “friends started to read them regularly and share them with others.” This led to many unknown individuals finding her personal account to read her musings, leading Carol to hide her account from the general population. Thinking there could be a benefit to others if her thoughts were public, Carol created a blog for public access titled Carol Todd Snowflakes in the memory of her daughter, her always unique “Princess Snowflake.”

The blog helped keep Carol busy as she was on leave from her employment as a Coordinator for Assistive Technologies for the Coquitlam School District. While mulling over “life’s journey,” the idea of a foundation for her daughter formed. Although she may no longer be able to help Amanda, she felt she could help the children who are facing the same experiences. The Amanda Todd Legacy Foundation began as a subsidiary of the Vancouver Foundation for the first few months, and in July achieved its own non-profit status.

On April 26, 2013, Carol decided to check her Twitter feed before heading out to some lunch plans. On the way, she noticed the wife of Prime Minister Stephen Harper, Laureen, would be in the area visiting an animal shelter, and Tweeted asking, “How long is Laureen Harper in Vancouver area for,” mostly on a whim. On the way home from her lunch appointment, she received a phone call from an Ottawa phone number. Laureen wanted to meet for lunch, simply to discuss life. It was an offer Carol took with pride. “You don’t say no to lunch with the Prime Minister’s wife,” Carol said.

Prime Minister Stephen Harper called for a “roundtable on bullying” to be held in Winnipeg on May 10. Present were the Prime Minister, Carol Todd, the parents of bullying victim Rehtaeh Parsons, the aunt of Kimberly Proctor (who was murdered by two teenage boys in October 2010), and the mother of bullying victim Jenna Bowers-Bryanton. The resounding message at the end of the day was from the Prime Minister, who stated that as a result of the recent events, “our Government will be doing more to ensure that our children are safe from online predators and from online exploitation.”

With what looked like change on the horizon, Carol continued endlessly with her work in the legacy foundation. Her main goal was advocacy, either through public campaigns or talking to groups of children. Though after any tragedy comes the realization that life needs to continue, Carol had to think about returning to work. Carol said she loved her work and loved teaching.

Now, she has started working part-time, while putting the rest of her time into advocacy. The problem, Carol stated, is how she is facing the concern that “she’s not doing either job to the capacity they deserve to be done.”

On Oct. 10, Carol experienced one year since the death of her daughter. This past year has been one of questions and of mixed emotions. How? Anger. Why? Hurt. Who knows what the one year anniversary will bring into Carol’s life, but she knows what the upcoming year will. The first half will be spent spreading her message, building awareness and capacity for improvement related to cyber-bullying and mental health issues facing our nation. Early November will see Carol returning to Ontario for the third time in the past six months to speak at Western University’s “Social Media and Sexual Violence Conference.” A trip to Winnipeg is nearing for Carol to receive an award with the parents of Rehtaeh Parsons “for advocacy of exploitation online.” Mainly, Carol will be doing all she can to help the children like her Princess Snowflake, Amanda Todd.

2 thoughts on “Carol Todd: A mother’s journey through tragedy”