The dangerous depiction of suicide on TV 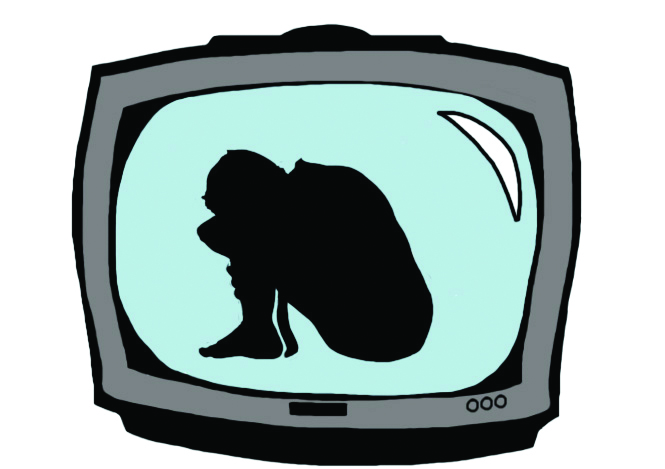 I love watching television, a lot. As a first year student, I probably spend more time than I actually should watching it. It’s my break from thinking, and after an hour and a half on Machiavelli, I’d like to not think about anything anymore, if possible. So, naturally, I come home after class on a Monday, turn on my TV to watch the newest episode of How I Met Your Mother and I find myself disappointed after watching it. Last year I stopped watching Glee for the same reason.

Now, some of you must be thinking, how could you be disappointed with these magnificent shows? Well, Sputnik readers, I’m here to tell you that as someone who has dealt with anxiety and depression, I’m pretty upset about the way these TV shows have portrayed suicide. How I Met Your Mother offended me not just by throwing around the word suicide like it’s condoms during a safe sex convention, but by having episodes where someone commits, or is about to commit, suicide portrayed as a joke. Glee is, in my mind, probably the worst offender because not only do they also joke about and discuss suicide inappropriately, they also had a character attempt suicide in an episode. I literally had to watch Dave Karofsky (played by Max Adler) almost kill himself. Not only did they not deal with it appropriately, there was no trigger warning or note at the end discussing where people could get help.

Although Adler’s portrayal was deeply moving, Glee should have followed the lead of Degrassi. In 1991, Degrassi High had a character commit suicide, and after the episode they had the actor discuss resources for people who are feeling suicidal. More recently, another Degrassi character committed suicide and they had a special episode afterwards to discuss the character, resources, and how to help a suicidal friend. A topic as serious as suicide should not be taken lightly or joked about, and I was disappointed in Glee because they underestimated the power their show carries and the potential positive influence and educational opportunity they missed.

Perhaps I am a little too sensitive on the topic, having experienced depression and known people who have been suicidal, but I think these shows could have done it more respectfully and tastefully. Don’t get me wrong, talking about suicide is very important because studies done by many mental health institutions, including The Crisis Centre, have shown talking about suicide has not made it worse, but it makes people feel better. It opens up the door for people to discuss how they’re feeling and hopefully get help they need. What bothers me is the misrepresentation of suicide and, even worse, the jokes about it. That doesn’t open up the conversation, it creates more barriers by diminishing people’s experiences and emotions, trying to get a laugh from them. If you or someone you know is feeling suicidal or just needs to talk, please don’t hesitate to use the resources our school and community provides. Maybe next time before you laugh at or make a joke out of suicide, think twice.

4 thoughts on “The dangerous depiction of suicide on TV”