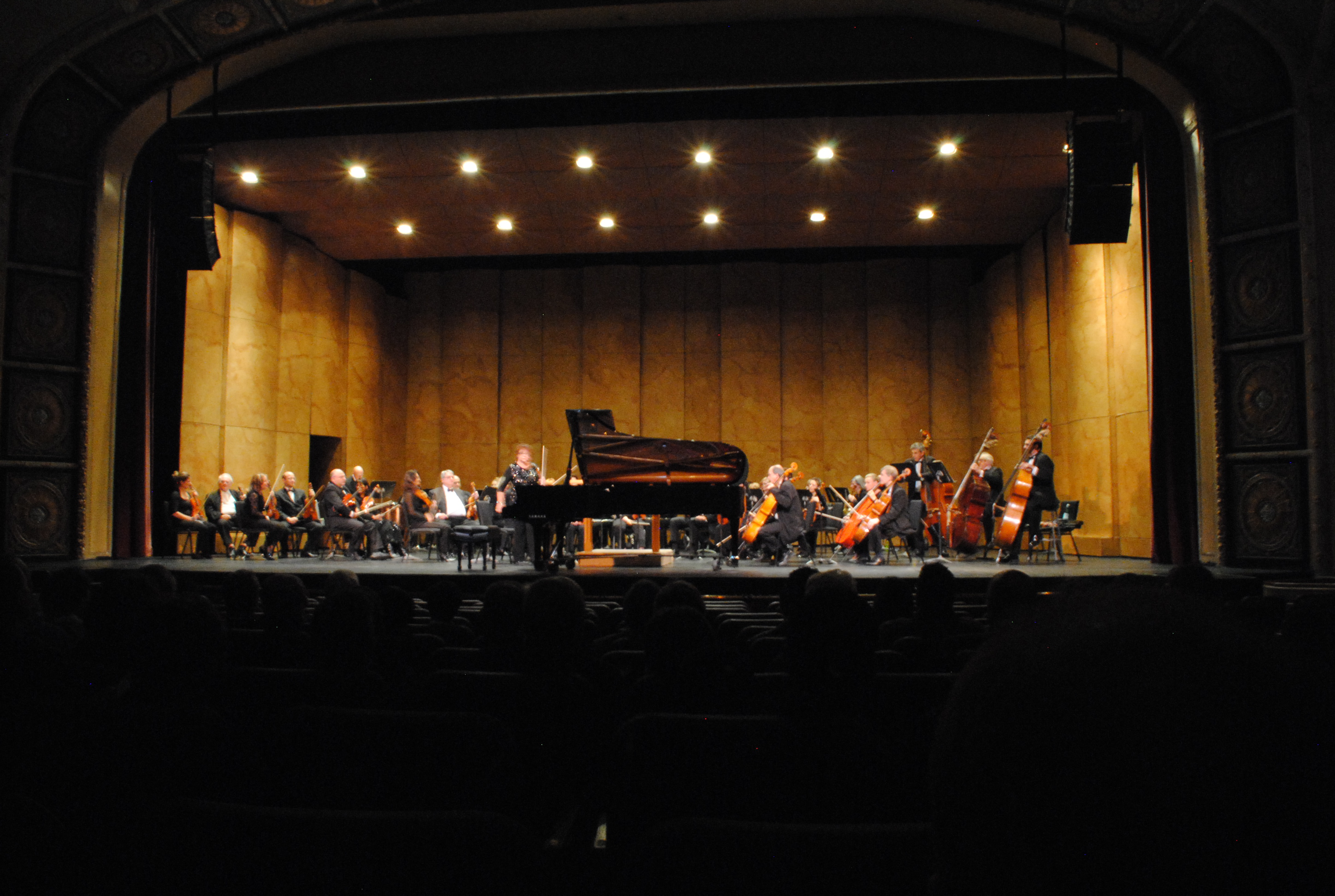 The Brantford Symphony Orchestra has intermittently been a part of Brantford’s music scene since 1919. After a few times disbanding, the Brantford Symphony Orchestra has been up and running strong since 1953. They have three more shows left this year, including Christmas Bells A-Ringing! on December 7th, Some Enchanted Evening on March 8th, and Antonio Vivaldi’s “The Four Seasons” on April 6th. The best part is, thanks to funding from the City of Brantford, Laurier Brantford students can buy a season’s pass to see the concert for $3.50. That’s less than that pumpkin spice latte you’re slurping. So go ahead, get cultured.

How many concerts do the Brantford Symphony Orchestra hold each year? What is in your repertoire?

Denis Rondeau: There are four concerts, and sometimes an additional concert. There’s a mixture of things, there’s the traditional classic repertoire, and then there’s the pop series. We got Grand River Chorus, which is a choir in Brantford (a very good one, I might add), and we’re doing a nice American songbook – a jazz concert with them.

When did you start with the Brantford Symphony Orchestra? How did you get involved?

Emma Morrison: This is my first concert. I always came to these concerts when I was little, with my family. Last year I played the BSO as a soloist, and after I played that, I found out that they were holding auditions, and I prepared and auditioned and found out that I got a place, so that was awesome.

Denis Rondeau:  One day I met an elderly gentleman who was playing a white bass in Victoria Park. I was quite intrigued by this instrument, so I went up to talk to him afterwards, and he said, “Well if you really want to learn this thing, you can come over. I offer lessons on Saturday morning at the Saturday String school.” So after a few sessions he said, “You really ought to come out and play for the symphony. One thing led to another, and that’s what brought me here about 32 years ago.

Ron Royer: I’ve been here around 10 years now… I got involved through my wife. The Brantford symphony has been a really important part of her life, so when we got married, I got involved too. I was lucky enough, it turned out there was a concert and someone backed out at the last minute, and they knew I played cello so they called me up and asked me if I’d like to play, and I’ve been playing ever since.

Do you have to get into a particular mindset to play certain tunes? Some compositions convey different emotions, how do you capture that?

Emma Morrison: Yeah, it’s important to know what was going on when the composition was written. In the youth orchestra that I’m in, we’re playing Shostakovich’s 10th Symphony, and before we rehearse it, the conductor likes to talk about how important it is. He talks about what Shostakovich went through and how it was written at the end of 20 years of struggle, so I think that once you know the background of the piece, and once you can really understand and connect with what the composer was going through, you can deliver a more effective performance.

Ron Royer: Yes! You do. You’re like an actor, you have to get into character. So you have to really think about what the composer wants, and you have to recreate emotions. And the great thing about the orchestra is that it’s capable of any emotion possible. No other musical ensemble has the flexibility of a symphony orchestra. An important part of your education is understanding the differences between each composer, their style, the meaning of each pice. It’s all part of your preparation. A lot of it comes from the conductor, cause every interpretation is a little bit different and everyone works together to [achieve] his vision for the orchestra.

Julia McGraw: I think it’s kind of like acting. You really have to think about it when you’re playing.

Denis Rondeau: You have to look at the composer and what they had in mind, because it’s all about interpretation. For example, if you were playing romantic music, you would tend to use a lot more vibrato and put a lot more motion into it so you’re working through the phrases, and it’s not so strict on the beat sometimes. Whereas if you’re playing Bach or Vivaldi, it’s really regimented right on the beat. So you’ve got to think about the composer and what they had in mind.

What do Brantford Symphony Orchestra Musicians do with their spare time? Do you have other jobs?

Denis Rondeau: Spare time, what is that? I’m have a mix of things that I do. I’ve played rugby for 30 years, and quite often I’m involved in teaching. I teach music for the blind here in Brantford, at the W. Ross. McDonald school, and I have a family. So essentially between the sports and the music, it keeps me pretty busy. Immersing myself in culture is a thing too. I play double bass; The instrument lends itself to different cultures, so I’m involved in celtic bands, bluegrass bands, country, and blues. I immerse myself in that culture ‘cause that’s the best way to learn that kind of music.

Ron Royer: I also teach at the University of Toronto schools in Toronto and love doing that. I think it’s important to share your passion with young people. And besides playing cello, I also compose. A few years ago, for my wife’s 30th anniversary playing with the orchestra,  they commissioned me to write a concerto for clarinet and orchestra. And to have this piece written for Brantford Symphony and my wife was one of the great thrills of my life.

What are the main challenges you face being a part of the Brantford Symphony Orchestra?

Julia McGraw: There’s so many dedicated people, and we have to get the performance ready with one rehearsal. You have to be very prepared, you have to practice and be very dedicated

Wren Canzoneri: It’s trying to support an orchestra the best we can. All other orchestras like this are having trouble raising funds to keep the thing going. In the 60s, 70s, 80s, there was a lot of federal money. There were standards that said, “If you prove you can fill the hall, we’ll give you money.” Now it doesn’t even matter if you’ve filled the hall, the federal government still wont give you money. And they turn around and say, “Well you’ve filled the hall, you ought be able to get people to give you money.” So it’s just to keep these institutions going because they are just disappearing due to a lack of money. I don’t know how Ontario will ever maintain a freelance base of professional musicians because there just isn’t enough work anymore. The federal government, the provincial government, and town governments need to give more money. And, frankly, they need to give a damn.