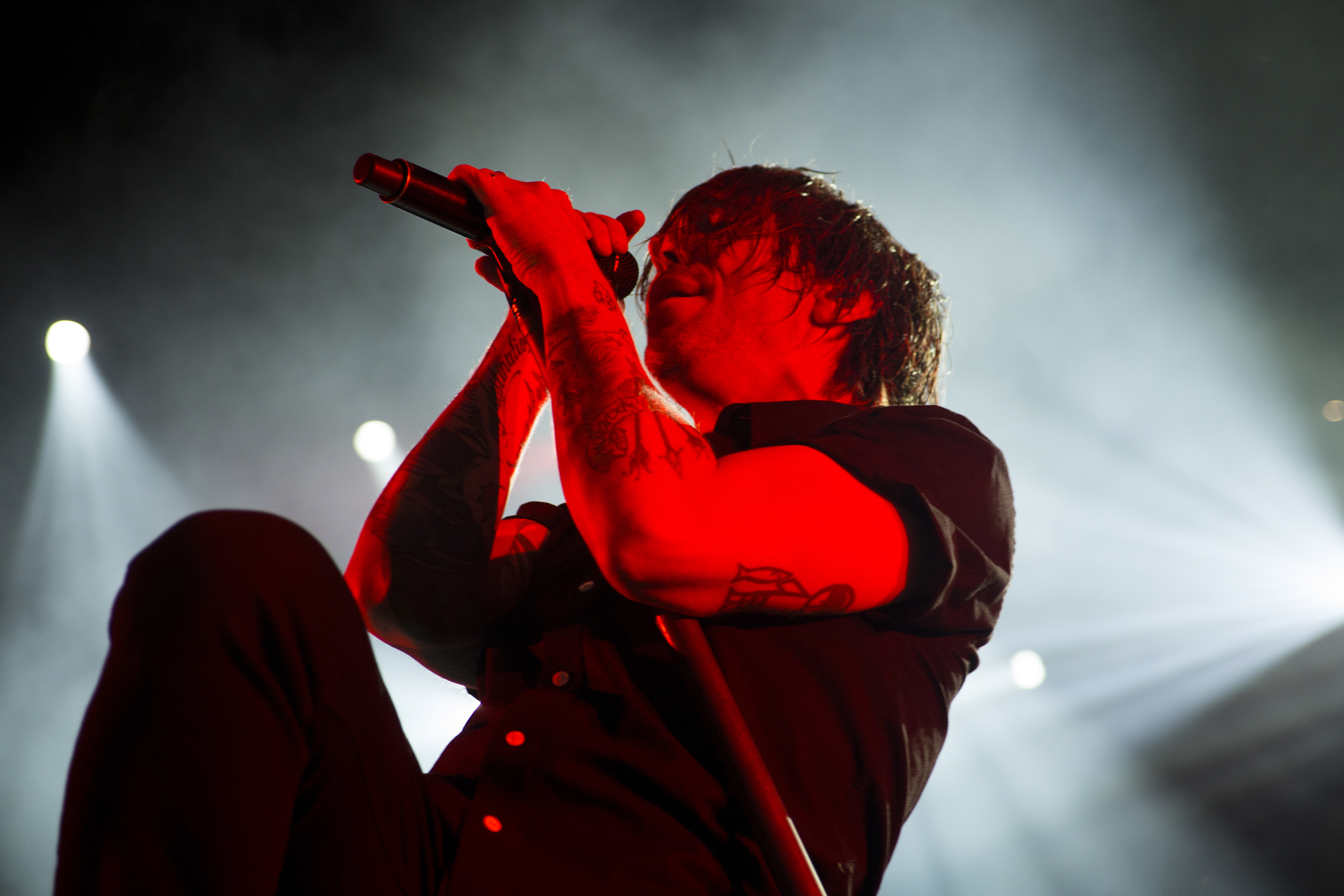 All Photos by Alex Vialette/ The Sputnik.

“We get asked if we do ‘covers’ of songs from bands we used to be in,” Saint Asonia frontman Adam Gontier yelled into the crowd. “The answer is the same every time… We are not a cover band. But, we do enjoy playing music that we wrote a long time ago,” continued Gontier, as the chugging bassline of “Animal I Have Become” echoes throughout Lions Park. The audience begins to lose their minds; jumping, screaming and singing along with the Canadian music stars.

All the bands brought tons of energy to the stage; so much energy that during Billy Talent’s performance, a barrier was knocked over, halting the performance for about 30 minutes. In face of technical difficulties, Billy Talent frontman, Benjamin Kowalewicz kept the spirits high with humor and stories.

Steve Kiely, drummer for Monster Truck, was excited to play at WTFest, as he said that he considers Brantford, “almost home town”. Kiely reminisced to one of Monster Truck’s earliest shows, which was held at Brantford’s Two Doors Down. Since then, Monster Truck has appreciated the support that Brantford has shown.

Kiely stated that he enjoys playing large festival crowds, “it’s always a group of people who are out to just have some beer and have fun during the day. Everyone’s in good spirits at a festival, and it’s a diverse crowd too.”

Kiely stated the importance of having fun while performing, as good vibes can “emanate” onto the audience.

Monster Truck is not the only band to recognize the support Brantford has shown. Fresh off of a win at the local battle of the bands competition, Lukas Newhouse, frontman for Brantford’s The Good Goddamns, praised WTFest for giving local talent the opportunity to perform.

“I commend WTFest for putting the all the local bands on,” stated Newhouse. “It’s the right thing to do and it gives back to the local scene. WTFest is great for Brantford’s music scene; it shows that we can support one.”

Jeff Love, frontman of Brantford’s Quick Wicked stated that he had “fun” performing at WTFest. Fans could see the energy that Quick Wicked brought as they shared the stage with Ending Tierney’s Callum Clark for their final song, “Collective Nobody”.

Jason Giles, frontman of Cambridge’s Crimson Breed, showcased his showmanship during their performance, in which they too had technical difficulties; however, this did not stop Giles or the rest of Crimson Breed. “We broke the amp while playing but we had to keep going,” stated Giles after the performance. Giles stated that Crimson Breed was able to perform at WTFest thanks to a “friend of a friend,” and that the band would to happy to perform at the festival again.

As well as supporting local artists, WTFest supported local businesses by giving them the opportunity to be a part of the event. The vendors included Scumbags & Cavaliers, Gorilla Cheese, Ohsweken Speedway and the Brantford Expositor.

Graeme Smith, owner at Gorilla Cheese in Hamilton, stated he was personally asked by a WTFest representative to be a part of the event. “Once I heard what bands were playing I figured it would be a good festival,” stated Smith.