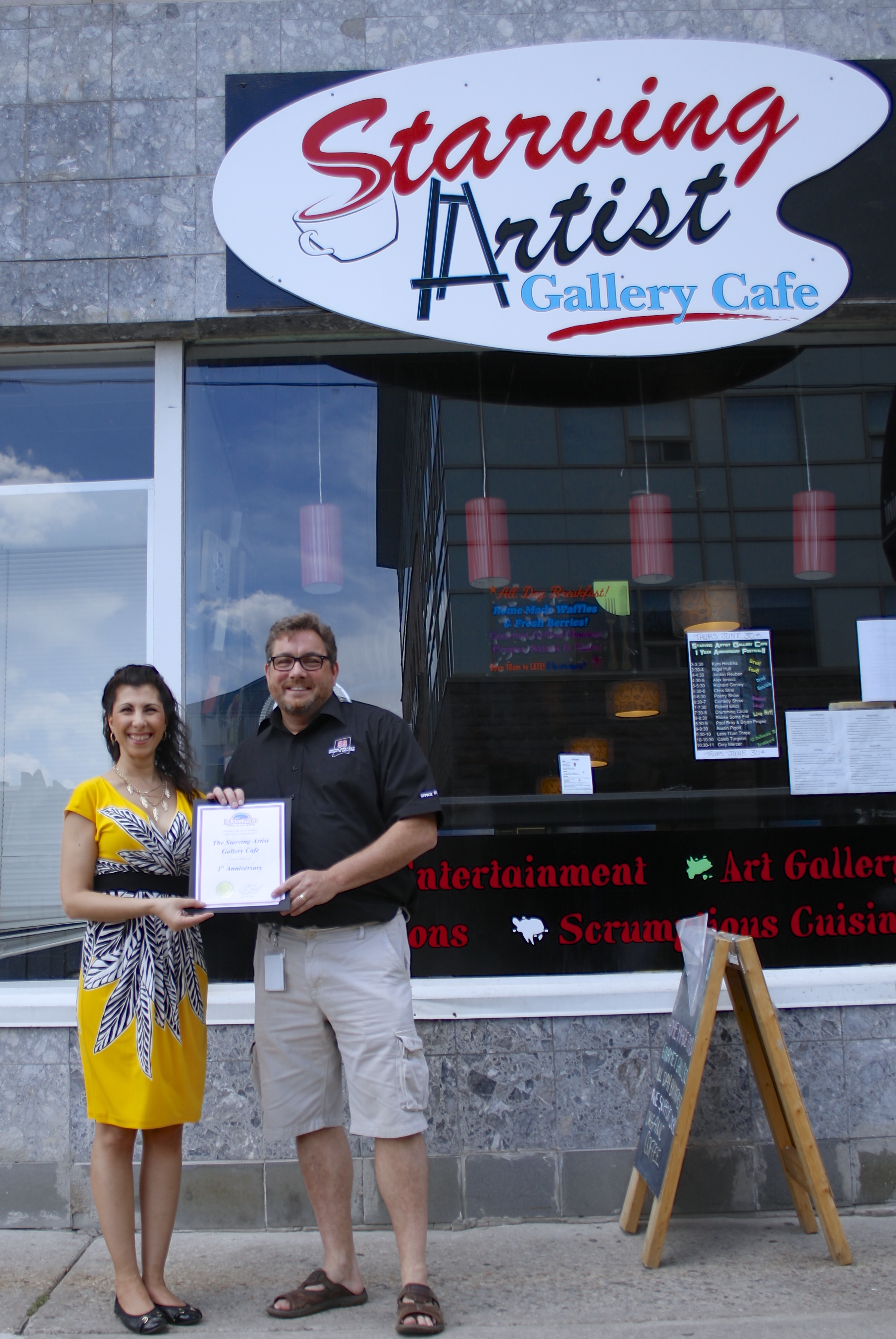 Hajiioannou stated that she felt “truly amazing” and “accomplished” now that the Starving Artist has made it to a year.

“All of the obstacles that we have gone through; all of the hard work, it’s finally paid off,” stated Hajiioannou.

Despite the hard work and bumps in the road, Hajiioannou stated that she, “always knew (the Starving Artist) would work out.”

“If you have passion, you can make anything work,” said Hajiioannou. Hajiioannou identified herself as a “passionate person”, stating that her, “face shines when (she) talks about it.”

Visitors could feel the passion in the air as they stepped into the cafe. There was a constant stream of live entertainment, including Kyra Hindriks, Shake Some Evil and Cory Mercer, among others. Visitors could also partake in the drum circle, poetry show and laugh it off after at the comedy show.

Cambridge based artist Stacy Cliff, showcased her skills in a live art show, where she spray painted a handful of canvases. Cliff didn’t forget about the kids, as she offered face painting during the evening. All of the proceeds from Cliff’s art were donated to the Starving Artist.

Visitors had the chance to take home prizes in the events raffle, which included band merchandise, snacks, and other goodies. Hajiioannou stated that the day was the most profitable the cafe has ever seen, with over $300 raised.

Hajiioannou stated that she wanted a variety of entertainment for the event because she, “likes appealing to the masses.”

“When you give variety, no one can hate everything; everyone has something that speaks to them,” stated Hajiioannou.

Despite the “amazing feelings” that Hajiioannou felt from the one-year anniversary, she stated that her end goal was to build a safe place for artists to express themselves. “Building community. That really what I’m trying to do; build a safe community for everyone.”