Campbell and Brown continue to shine in playoffs 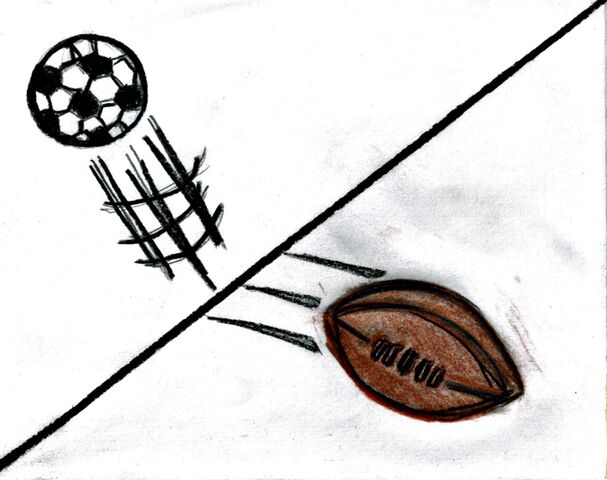 With the regular season over, the playoffs have begun for Golden Hawk teams. The football team was lead by a record breaking performance from Dillon Campbell. An upset over McMaster means that a big challenge will be ahead against Western. The women’s soccer team won a close game against Windsor and will be heading to Ottawa next weekend for the OUA final four and a spot at the CIS championships. The men’s soccer team continued to struggle offensively and were eliminated in the first round of the playoffs. The women’s lacrosse team came close but lost in the bronze medal game to Queen’s 10-8 to end their season.

Laurier hosted Windsor in OUA quarter-final action. The #6 ranked Golden Hawks won a tight 1-0 game in which both teams had 10 shots. The lone goal came from Laurier star striker Emily Brown in the sixty-eight minute. Brown continues to lead the team after her dominating season.

The Women’s soccer team will be heading to Ottawa for the OUA final four on November 7 and 8. Laurier will open with a game against Queen’s University on Saturday. The other semi-final will have #2 York facing #3 Ottawa.

Laurier will be facing a tough challenge regardless of who they play as all three teams were in the top four in goals against, all allowing less than .56 per game. Laurier is the most explosive team thanks to Emily Brown and Nicole Lyon who tied for second in goals with 13 each. Laurier averaged 3.8 goals per game which was second best behind Western.

Laurier will need a win in their semi-final to have a chance at guaranteeing a spot in the CIS championships with a OUA championship. The three teams that don’t win will be hoping the conference chooses them to be the OUA’s second representative at the national championships.

The defense rose to the occasion against Marauders quarterback Asher Hastings. Hastings was coming off a CIS record season in which he threw 31 touchdowns but only managed two against the Golden Hawks. The defense created pressure throughout the game with four sacks, including two from Kwaku Boateng.

Next up for the Golden Hawks will be a game against undefeated #2 Western on Saturday, November 7. Laurier will attempt to avenge their biggest loss of the season after Western beat them 59-9 on September 12. Laurier will need another big game form their senior leader Campbell, and will need to focus on their run defence against Mustangs running back Alex Taylor, who finished second in OUA rushing yards.

Laurier will need an all-around solid game to stay close against Western who won every game this season by at least 22 points.

A disappointing season ended for the Golden Hawks when they were shut out by McMaster 2-0 to end their season in the first round of the playoffs. A pair of first half-goals from McMaster put Laurier in a difficult situation.

Laurier struggled on offence after scoring only one goal in their last eight games. The Golden Hawks scored 17 goals in 16 games this season. They finished thirteenth in the OUA in goals. The lone bright spot for the offence was Nikolas Bauer, who finished tied for third in the conference with nine goals on the season.

Laurier will need more variety in attack to be successful next season.

Laurier entered the playoffs on a hot streak winning four of their last five games. The Golden Hawks lost in the bronze medal game 10-8 to the Queen Gaels, the East division’s top team. Laurier almost came back but after allowing Queen’s to score four straight to make it 10-6, Laurier couldn’t complete the comeback.

Maddy Curtis was the focal point on defence in her senior year. She was honoured with her second consecutive OUA first team all-star award. Forward Torey Barfoot joined Curtis on the all-star team after leading the Golden Hawks offence. A star freshman emerged this season in Taylor Miller. Miller led the midfield and was named OUA second team all-star for her work.