Cabbie at NASH 77: My encounter with the famous Canadian sports reporter 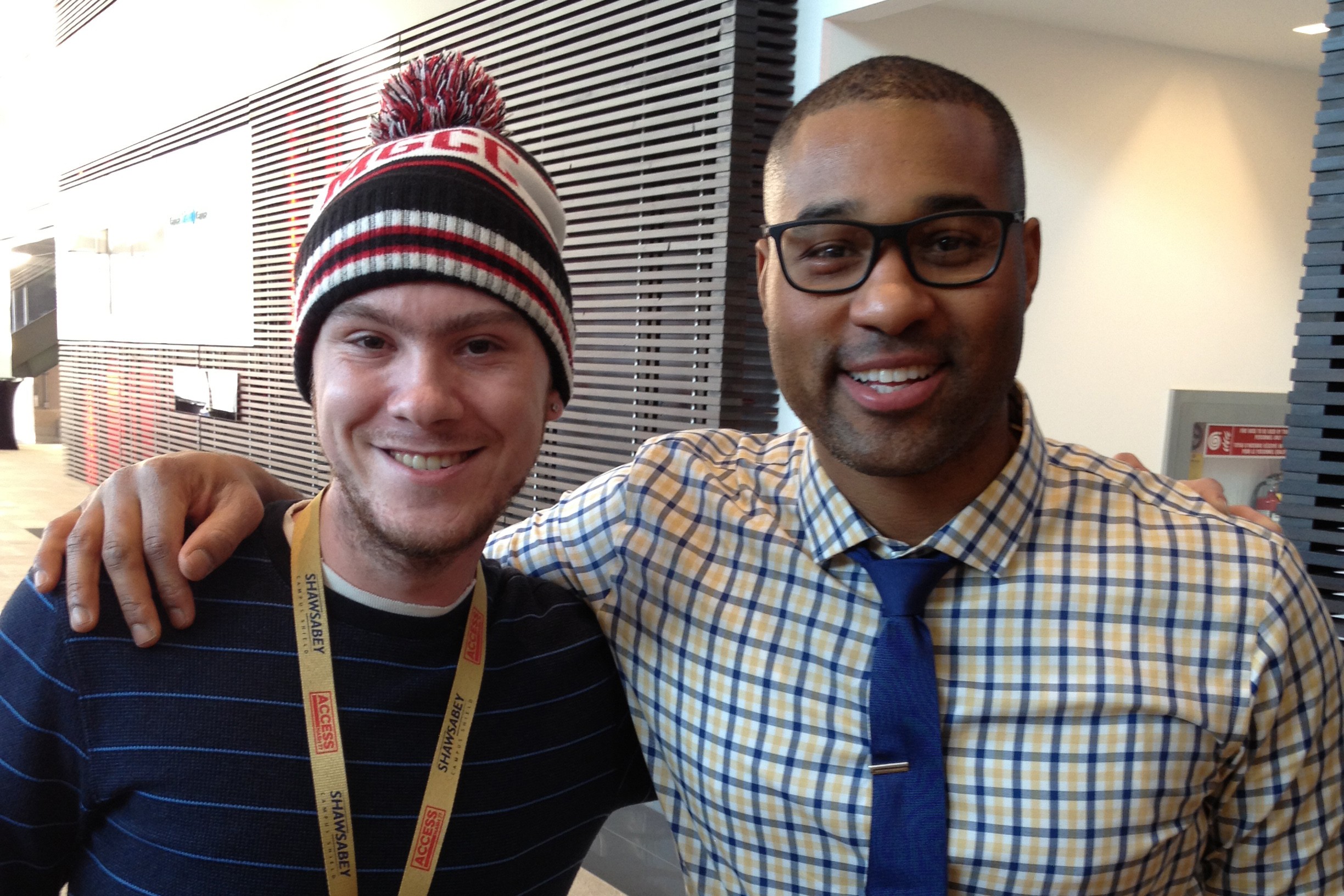 “I’m not in sports to report on or to cover the games,” Cabral “Cabbie” Richards explained to a packed crowd of budding student journalists and sports fans. “I’m here to entertain first and report second.” A philosophy that was front and centre throughout his hour-long session at NASH 77 this past week.

NASH is Canadian University Press’s annual national conference that took place from January 14 to 18 in Ottawa, Ontario and among the 70-plus scheduled speakers, Cabbie was number one on my list. Sure, Peter Mansbridge was there and Lisa Laflamme, too, but they very much pale in comparison to a television sports reporter that I have grown up watching for a decade.

Cabbie made a name for himself on the Toronto-based sports network The Score, starting with a five-minute “Cabbie on the Street” TV segment in which he would interview various athletes and celebrities in a very in-your-face kind of manner that very few had seen before. The segment became so successful that it turned into a full-length television show on The Score called “Cabbie Unlimited”, which definitely provided many hilarious sports memories for me growing up.

What still baffles me is how he is able to get all these high-profile athletes, who are often stuck-up and never want to express any sincere personality towards reporters in interviews, into willing participants in many of Cabbie’s jokes and gags and seeming to always have fun – I never knew Kobe could laugh until I saw him become a staple in the wide array of superstars that Cabbie has interviewed and ultimately, befriended. “I always get close to people because I want to break that wall between reporter and athlete,” Cabbie explained. “I want them to know that I’m on the same level, like I can speak to them how I’d speak to one of my friends.”

And there’s no denying he’s successful at breaking that wall. From going into NBA All-Star Game media scrums asking players like Allen Iverson and Kevin Garnett to be the best man at his wedding to asking NHL players how they, “handle their sticks” and “tape their knobs”, the distinction between reporter and athlete would be almost non-existent if Cabbie didn’t have a mic in his hand. “Creatively, it’s the hardest to come up with something new with athletes,” Cabbie said. “These are the three things I consider: What haven’t they done before, what can I get away with and what are they willing to do.”

Last week in Ottawa Cabbie shared more than his fair share of hilarious (and probably too inappropriate for this article) athlete moments from over the years, from what Blue Jays outfielder, Jose Bautista did with his teammates after losing card games in the minor leagues; seeing a guy die when he ran with the bulls in Pamplona, Spain (he thinks); meeting and hugging Michael Jordan; spitting gum on Steve Nash’s crotch (and flicking it off with his cowboy hat) and tips on how to drink from the Stanley Cup.

I couldn’t have hoped for much more in the hour he spent at NASH and although his segments aren’t quite as funny now that he has moved over to the major sports network TSN, the personality he exudes in his interviews and the relationships he is able to make with high-profile athletes always impresses me and something I really admire.

And with the end of seeing Cabbie and the closing of an awesome experience at NASH 77 in Ottawa, as he always would sign off on every show, “I’m with my man B, I’m with my man D, and I’m GONE.”